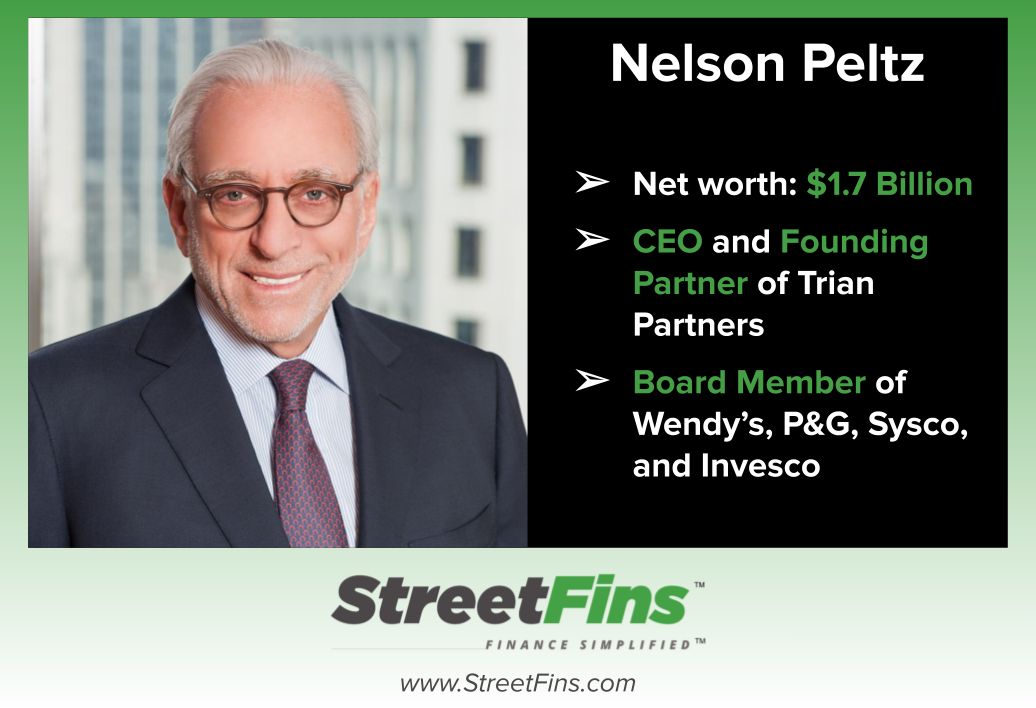 On March 3rd, 2021, the StreetFins Club Network hosted a speaker event featuring Mr. Nelson Peltz, the world-famous activist investor. As the founding partner and CEO of Trian Partners, Mr. Peltz has assisted several companies including Wendy’s, Procter and Gamble, Snapple, and many others in restructuring their business strategy. Through his investing endeavors, Mr. Peltz has amassed a net worth of over three billion dollars. During the speaker event, Mr. Peltz spoke about his journey to where he is now as well as an in-depth explanation of the activist investing process. Mr. Peltz attended the Wharton School of Business at the University of Pennsylvania, but dropped out to run his first business.

Hosted by Rahul Rangaraaj and Benjamin DeWeese of the StreetFins™ Club Network.

Elad Roisman on the SEC

Andrew Ward on His Career and Managing Boeing’s Investments

Samantha Greenberg on Her Career and Hedge Funds