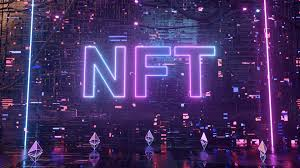 Non-Fungible-Tokens, better known by their acronym, NFT, are digital assets that link ownership to unique physical or digital items, such as works of art, real estate, music, or videos. NFTs can be considered modern-day collectibles. NFTs are typically paid for with the Ethereum cryptocurrency, and – perhaps more importantly – stored using the Ethereum blockchain. By combining the desire to own art with modern technology, NFTs are the perfect asset for newly wealthy members of Silicon Valley and other areas deemed to be nouveau-wealthy. Some of the most popular ones include Bored Ape, Azuki, and Cryptopunks, as well as several others that have been endorsed by celebrities such as Logan Paul. Using their social influence, such celebrities, otherwise known as “influencers”, created worldwide hype for these pieces of artwork with a connection to the blockchain.

The popularity of NFTs is said to have reached its peak in the late spring/early summer of 2022, marked by high-value transactions such as the sale of “Everydays: The First 5000 Days”. This NFT, created by famous artist Beeple, was sold at a private auction for a whopping $69.3 million US dollars, setting a worldwide record price for the sale of digital artwork. The sale attracted attention from a variety of tech moguls seeking the next big thing. The ensuing boom was widespread as the NFT market received an almost $27 billion increase in valuation while gaining the support of large corporations such as Meta and Apple, with Meta announcing its plans to allow users to mint and buy/sell NFTs on its respective platforms.

With such hefty investments amidst a cryptocurrency explosion, a key concern arose. Many investors believed that the market fluctuations were directly mirrored by how Ethereum was performing, especially as the NFT market grew in magnitude and placed increased pressure upon its respective blockchain, creating a bubble that eventually put the billions of dollars staked into it at risk just a few months later.

Breaking down what caused this bubble to collapse is highly complex, however, we can pinpoint the cause largely to the market not having a solid foundation on which to base its investments. NFTs offer ownership of a digital asset, but not the right to prevent others from using digital copies. Part of the reason why wealthy investors are prepared to pay such large amounts of money for traditional, physical artworks by the likes of Rembrandt, Picasso, and Monet is that the number of art pieces is finite; the artists are long dead and cannot produce new works of art. NFT copies, on the other hand, could easily be replicated with no difference between the original and copies, similar to Pokemon cards and other replicated commodities.

Another important aspect, as mentioned before, is the direct connection between NFTs and the maturing blockchain. As buying on the blockchain is anonymous, buyers soon realized that buying directly from NFT marketplaces would not allow them to flaunt their unique status symbol, which was the engine for many buyers’ reason for wanting to purchase NFTs. More importantly, once in their possession, it cannot be differentiated from simply replicating the NFT itself with no monetary value attached. To status buyers, this was essentially the same as buying any random commodity and not receiving any attention or praise towards their most recent purchase akin to the reactions received when buying a tangible commodity such as a Ferrari. This leads to the concept of infinite supply, in which making copies of NFTs, or “screenshotting” as is most often mentioned on social media forums, is technically legal as the NFTs themselves have no monetary value: they simply serve as a link to the blockchain wallet itself.

For context, someone buying an NFT is buying a link to the artwork, not the art in its form. Although buyers gain intellectual copyright to the link, the transaction costs related to monitoring the infinite online venues for NFTs and identifying illegal usage make it almost impossible to stop copyright infringement, strongly limiting the monetization of many NFTs. The blockchain itself is currently under scrutiny for its security standards, and the resulting uncertainty as to how ownership certification will be guaranteed in the future threatens the value of the NFTs themselves and even their ownership(s).

With banks now starting to tighten monetary policy to curb inflation, new and untested assets like NFTs are likely to fall in value. As mentioned previously, the hugely volatile NFT market is based on the Ethereum blockchain which is hardly a haven. Ultimately, NFT prices will suffer a large, permanent decline. With the entire market down 97% from its peak as of October 2022, investors who think they can time the market and capitalize upon an unforeseen rebound are likely to be disappointed as multiple outlets cite NFTs as essentially worthless. These outlets cite many previous NFT supporters backing out of the currency in light of the myriad of concerns associated with it from surface to foundational levels.

The Future of Technology and Taiwan