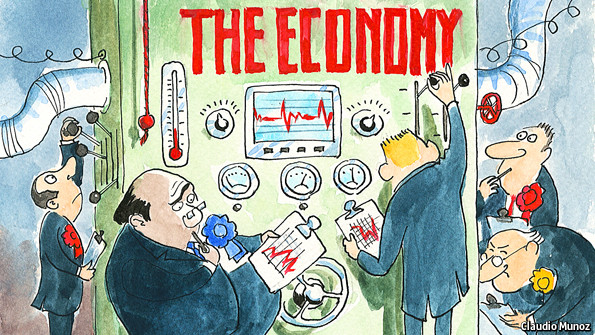 A vast majority of government intervention in the economy is intended to benefit consumers and workers. However, many businesses see government intervention as an obstacle or even as an enemy to growth. Regardless of this opinion, there are government policies which when enacted actually create a better economic environment for business. This lesson will cover the most basic of these.

The government is a buyer in the market. It purchases weapons, natural resources, and other materials from private corporations, thus stimulating the market. In America, the large defense companies like Boeing, Lockheed Martin, and Raytheon largely depend on selling to the US government. More generally, the US government’s purchases are a stimulus on the economy, which helps businesses.

In Keynesian economics, the use of stimulus to grow the economy is called expansionary fiscal policy. For example, World War II necessitated the US government to spend enormous amounts of money to build the airplanes, boats, guns, and outfits used by US soldiers. This increase in spending stimulated manufacturing in America and helped to end the Great Depression.

In addition to buying, the government sells its services. While most of them are provided directly to the people, some are provided for businesses. The most important of these are infrastructure investments.

Infrastructure is a public facility or installment which aids the operation of the economy, including roads, powerlines, airports, and even schools. These are vital because many companies can’t operate without them. Goods are transported on roads, while electricity is carried over power lines, and schools increase what is called human capital, or the labor force’s training and skills.

Torben Andersen, a Professor of Economics at the University of Denmark, attributes the ability of Nordic countries to sustain high taxes and high growth to the reinvestment of taxes into education. This in turn makes a more valuable group of workers. Infrastructure is also part of expansionary fiscal policy.

In addition to fiscal policy, there is monetary policy, which the government mainly enacts by controlling money supply, the amount of money in circulation. Increasing the money supply makes credit freer, meaning that loans are easier to attain. With easy loans, businesses can more easily invest and grow.

There are many options to affect the money supply, like changing the interest rate or buying and selling bonds. An example of these policies occurred in 2009 when the Federal Reserve, the Central Bank of the United States dropped the interest rate to 0%. This essentially made money free to borrow, and thus easier for businesses to invest.

Outside of the traditional tools, the government can enact policy that increases the ease of business. This usually means repealing burdensome regulations that obstruct businesses. However, the government can also take proactive steps, such as favorable trade deals and patent laws. These ensure profitability on research and development can make the difference between a sluggish economy and a strong one.

Additionally, supporting new startups is important. Sweden allows workers to take a leave of absence to create a new business. This has resulted in 20 startups for every 1,000 workers in Sweden, compared to 5 in the US (data from OECD). Likewise, subsidizing business loans decreases the barrier to entry and thus increases innovation.

Part of the ease of business is the ease of hiring. Countries like Japan have established employment offices where businesses can find unemployed people. Germany has actively pushed companies to establish apprenticeship programs, which have boosted employment and job training for students.

Singapore’s rise as a production powerhouse came after the government forcefully broke labor strikes in the 1970s just like how the US government broke labor strikes with the army in the 19th century. This forced workers to accept their low pay and dangerous conditions. Like with labor, the government can be too forceful with foreign companies; China routinely allows Chinese corporations to steal or violate American intellectual property, benefiting Chinese corporations at the expense of American ones. These policies in the long-run end badly. Even if the workers don’t revolt, foreign countries will. Trade relations and foreign investment are jeopardized.

A small government doesn’t necessarily mean a good government for businesses. Rather, the government which ensures a fair and free environment for transactions and production will maximize economic success. This may come from buying and selling goods and services, investing in infrastructure, controlling the money supply, or simply making business easier. Not all problems can be resolved by a million individuals making decisions for themselves, and so sometimes it’s necessary for us to work together.