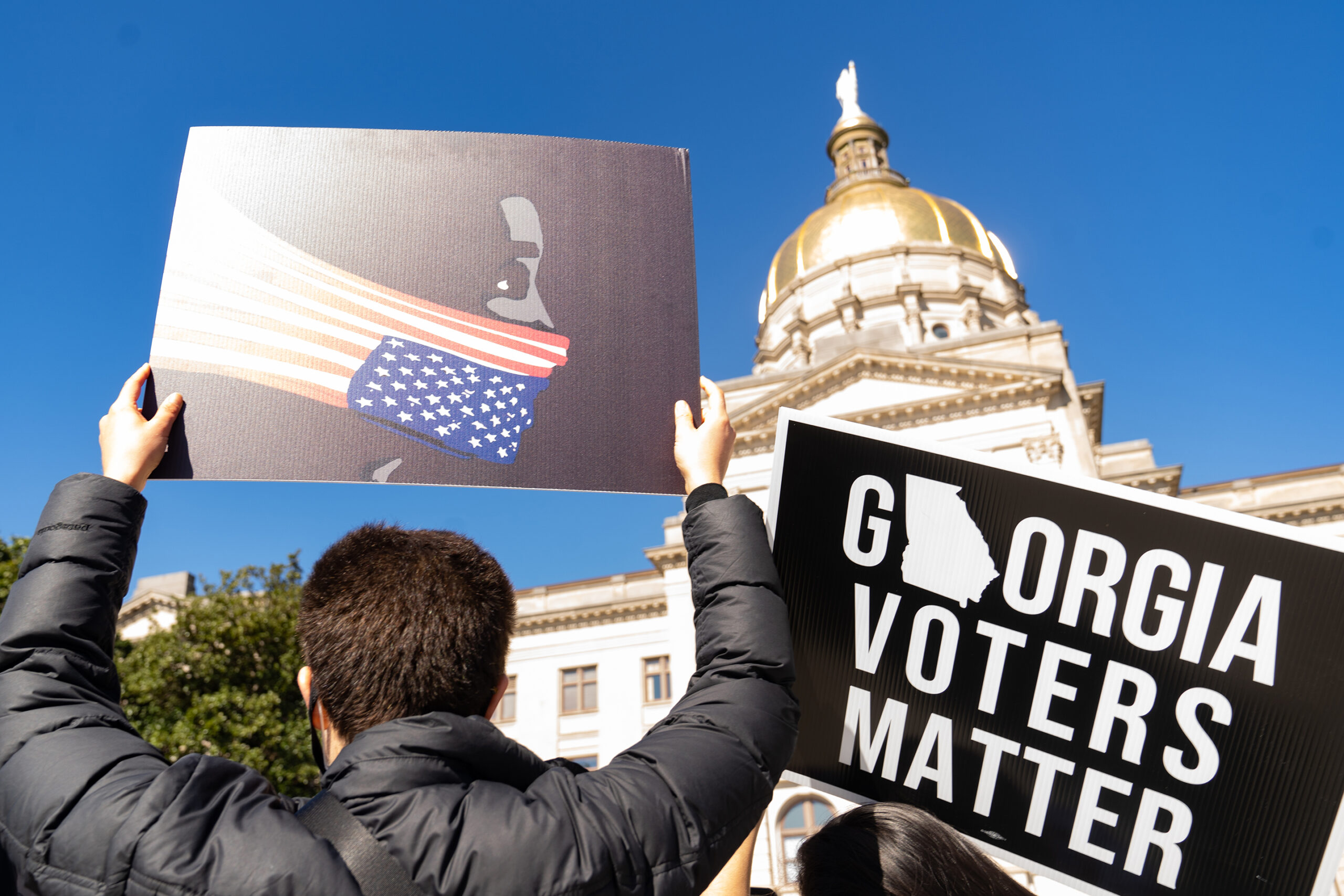 Politics and activism have dominated news headlines through the beginning of 2021. American corporations that would rather stay apolitical have been forced to play their hand on issues like gender and racial equity. External and internal pressure has brought a number of businesses to add their names to a statement that opposes any legislation that makes it “more challenging for people to cast a ballot”. This is just the latest in a series of stances that companies have taken in 2021, which calls into question their validity and authenticity.

What else have corporations done in 2021?

Since the start of 2021, corporations have been halting donations to Republican politicians who have opposed the Presidential Election results. They have also halted investments into the State of Georgia, where controversial voting laws regarding Voter ID were first proposed. Public figures like Warren Buffet, along with corporations such as Major League Baseball, have expressed their discontent with these laws. Consequently, they and many others have stopped business activities within Georgia.

Little matters more to these big businesses than profits, which are seriously threatened with Biden’s plan to increase corporate taxes by 7 percent. The raise from 21 to 28 percent, they argue, will “slow America’s recovery and hurt workers”. In 2017, Trump slashed the corporate rate from 35 to 21 percent. These businesses, as well as shareholders, have benefitted significantly from increased profits over the last 4 four years. Steve Rosenthal, a well respected figure at Urban-Brookings Tax Policy Center, believes that asking for some of this money back is a “modest request”. In other words, these corporations “can afford” the elevated taxes.

One example of a multi-billion dollar company facing repurcussions for their online actions comes from social media giant Facebook. During the 2010 Congressional Elections, Facebook influenced over 340,000 people to vote for their personal favorite Congressional leader. This was achieved by forcing the appearance of voting-related media on people’s Facebook timelines, subconsciously probing them to exercise their civic duties. This implicit form of corporate activism received a huge amount of backlash from consumers, despite its good intentions.

Should companies speak out against political actions/agendas?

No matter how neutral the statement, corporations will always face backlash for voicing their opinions. The severity of that backlash varies upon the topic commented upon, and politics is always a subject that garners strong opinions. That is why it is best for companies to stay silent upon topics of political significance, but it is not always possible.

Staying silent garners backlash because it seems as if a company is remaining silent on a serious issue. Citizens and other corporations will believe that they are allowing it to happen without caring about the result. Voicing their opinions is no better, as they will certainly displease someone, no matter what they say. Resistance is inevitable, so most companies choose to discuss their options and strategically plan their statement timing and content.

But no matter what they say, companies look to preserve their identity and operate normally as if in a vacuum. One of the best ways to do that is by “going with the herd”. Safety comes in numbers, and if corporations take one common stance, they look much better as a group than individually. Another thing that companies need to look out for is guilt by association, as discussed in Forbes. Earlier this year, a massive boycott occurred against the Publix Super Markets chain because a founding member donated over $300,000 to the Trump rally that preceded the January 6th insurrection on Capitol Hill.

Corporate activism can be a valuable tool in today’s political climate, but companies must remain cautious about the moves they make and words they say. Even one misstep (i.e., Publix and Facebook) could lead to a partial or total collapse of their reputation and corporate identity.