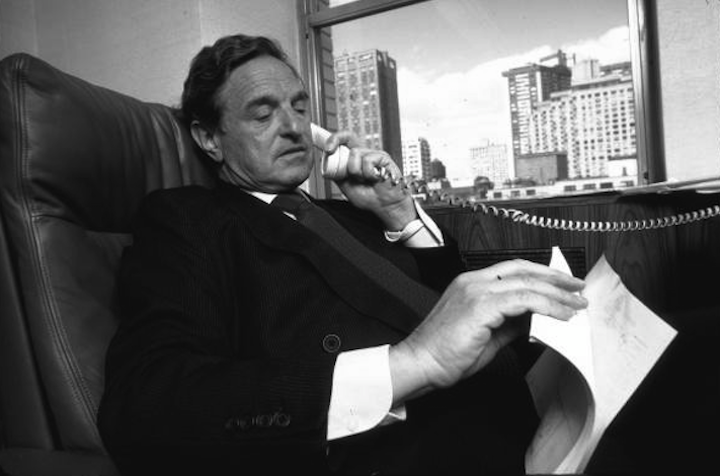 The name George Soros might ring a bell for some. Soros, a Hungarian-born billionaire investor, has made a massive fortune investing, a large portion of which was donated. Today, he is known primarily for his political contributions and the resulting controversy. But his fame began with a massive short of the British pound in 1992. That short netted a profit of approximately $1 billion for his fund.

Before I continue, it is important to know that the state of the European economy was far different in the early 1990s than it is today. Today, most nations in Europe use the euro as an international currency. Such was not the case until 1999. The processes that went into creating a European currency caused chaos in Britain and exposed weaknesses. Soros exploited these for his wealth gain, making a hugely successful investment against the British pound.

Since the end of WWII, European nations have worked to form a continental alliance to maintain peace and interdependence. This was first seen with the European Union. Even after its establishment, European nations attempted to make themselves even more dependent on each other. In 1999, a state of economic interdependence was established with the Eurozone, which utilized the Euro. Before the Eurozone, however, came a 1979 agreement of several European nations to retain their national currencies but adopt fixed exchange rates with each other. Because they were fixed, there were no exchange rate fluctuations among the currencies (See “The Basics of Forex Markets”). This system came to be known as the Exchange Rate Mechanism (ERM).

The ERM did provide a certain level of the intended economic interdependence but put a tremendous amount of pressure on the national banking system of each involved nation. What the ERM did not consider was that currency values fluctuate naturally due to the supply and demand. A change in the supply or demand of any currency would warrant a correction by the national bank. They would do this by either buying pounds with their forex reserve, to cut supply, or add more money. In short, the ERM did not consider the differences in macroeconomic factors for each involved nation.

In the period marking the early stages of the ERM, the Prime Minister of the United Kingdom was Margaret Thatcher, a conservative skeptic of the ERM and European cooperation. Because of Thatcher, the UK did not initially enter the ERM. However, throughout the 1980s, the British economy saw a decline, making the Thatcher faction of British conservatives less popular. The pro-ERM conservatives more popular. The pro-ERM conservative faction was led by John Major, who eventually succeeded Margaret Thatcher as Prime Minister in 1990. Prior to Major’s term as Prime Minister, he served as Chancellor of the Exchequer (compare to the Secretary of the Treasury in the United States). Throughout his term, he gained enough power to lead the UK into the ERM.

Unfortunately, the time at which Britain joined the ERM also marked a significant recession, which is a period of a decline in economic activity.

Following Britain’s entrance in the ERM, the Bank of England had little control over the recession, due to ERM restrictions on the manipulation of interest rates. Inflation was already extremely high for the UK, and the most obvious solution, an interest rate reduction, would have devalued the currency, forcing Britain out of the ERM. Consider that 1990 marked the beginning of John Major’s term as Prime Minister, a position he attained by campaigning for the ERM. It was unlikely that he would jeopardize the future of Britain in the ERM, his claim to fame, and rid himself of a political legacy. To control inflation, the Bank of England settled on buying pounds to reduce the money supply but used most of the foreign exchange reserves they held at the time.

Due to the state of the British economy, a devaluation of the pound was inevitable, as the means for controlling inflation and the economy had begun to run out.

George Soros was a well-educated, experienced hedge fund manager. He specialized in how the opinions of the general public market may have a tremendous effect on the economy. To him, any major event triggering a loss of faith in the British government would send the pound’s value crashing.

Beginning in 1992, Soros and his fund began to take a large short position on the British pound. This means he gradually was borrowing pounds from other investors. After borrowing, he would immediately sell the pounds in the forex market for German currency. Once the pound fell, Soros could buy back the pounds he owed at a far lesser value. He would keep the difference as a profit. He needed to buy back the pounds because he borrowed them from other investors. See this article for another famous short.

Soros, in one night, borrowed and sold $10 billion worth of the British pound, putting the Bank of England in distress. The large selloff caused a tank in the value of the pound. As the currency value fell, Chancellor of the Exchequer Norman Lamont as well as Major agreed to buy billions of dollars worth of pounds and raised the interest rates a staggering 5% in a single day to curb inflation. As soon as the economic chaos became known to the world, global forex markets immediately began to dump the pound. The value declined tremendously throughout the day and Soros’s massive returns began to show.

By the end of the day, Norman Lamont announced the withdrawal of the UK from the ERM, as well as a cancellation of the increase in interest rates earlier in the day.

From his massive short of the British pound, George Soros produced a gain of approximately $1 billion for his fund. The British government, on the other hand, saw a cost of approximately $3.4 billion. The day became known as “Black Wednesday”. In effect, Soros’s large scale speculation caused economic havoc in the UK and nearly took down the Bank of England.