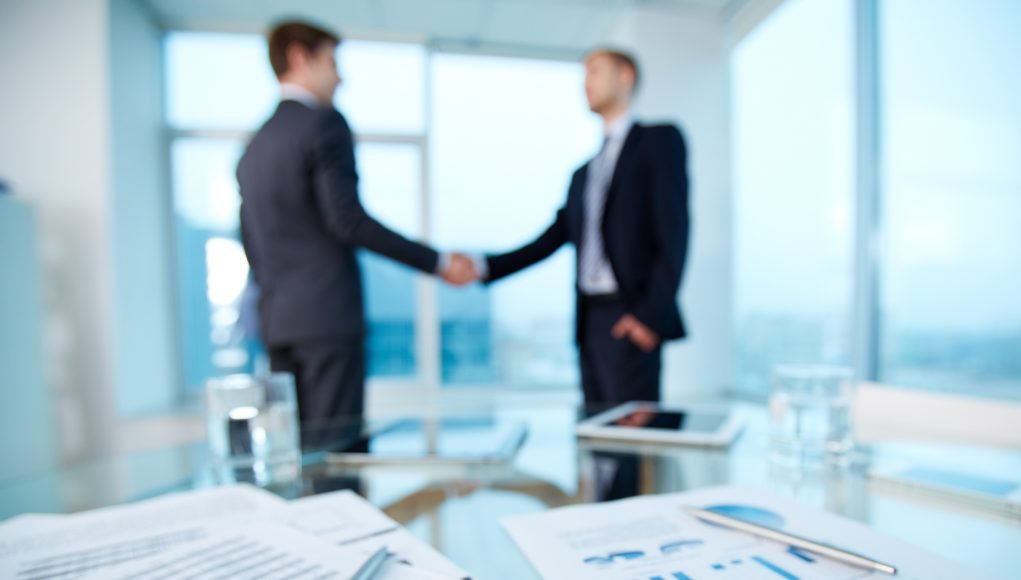 Capital raising services typically involve underwriting in capital markets. This essentially means that investment banks enable clients to issue stocks or bonds on their various markets. For example, if a privately-owned chain of grocery stores chose to issue publicly traded stock, they would approach an investment bank to issue an Initial Public Offering (IPO) on their behalf.

Mergers and Acquisitions services include advisory to companies that are considering a merger or acquisition, as well as underwriting debt to allow an acquisition to take place. Investment banks provide valuations that assist in determining the worth of a company for a party that is interested in acquiring it. M&A operations come with several risks, and it would be costly for a company interested in an M&A deal to identify and analyze these risks on their own. To avoid this, they hire investment banks to facilitate the deals.

In addition to these primary services, investment banks also provide services in sales and trading, research, and asset management. Put simply, sales and trading services help keep the ability for buyers and sellers to actually trade stocks stable and secure. One of these services is market making. When buyers and sellers in a market get together to trade, there might not be a lot of people who are buying or selling an asset at current prices. This can be bad for someone who wants to buy or wants to sell. Market makers are willing to buy and sell any security because they don’t actually hold onto these securities for the long-term. More often than not, when you place a trade, a market maker is the one who buys it at your bid price and then sells it at the seller’s ask price.

Here’s a simplified example of how they work. Imagine the bid and ask prices for a certain stock are $10 and $12 respectively for 100 shares of a company’s stock. Let’s now say that somewhere, an owner of that company’s shares decides to sell at whatever the highest bidder is offering, i.e. the bid price. A market maker will come in and offer to buy those shares at the bid price because that seller is willing to sell for the bid price. So, the market maker paid $1000 to buy the seller’s 100 shares. Now, the market maker offers those same shares to the buyer who was willing to buy at the seller’s ask price of $12. So, the market maker now sells those 100 shares to the buyer for $12 each for a total profit of $1200. The market maker has now netted $200. Imagine doing that for hundreds and thousands and tens of thousands shares each day, and one can see how market makers can make lots of money for every trade they help execute. The best way to think about the function of market makers is as movers of the inventory of stocks from the hands of sellers to buyers and making a little profit — the bid-ask spread — while doing so. This is the basis behind market making but there are some risks associated with market making that go beyond the scope of an introductory article.

The research services involve analysis and insights about companies, securities, economies, commodities, and really anything that has to do with markets. It used to be under the law that you didn’t have to have transparency in the research, so researchers could get inside information from talking to companies. That’s now illegal, and, now, research takes the information that they can get legally and tries to synthesize it and curate it so that people can understand it.

Firms that are involved in investment banking are usually considered to belong to one of three categories. These are Bulge Bracket (BB), Middle Market (MM), and Boutique investment banks. Investment banks all differ in a number of ways, but the category they belong to is primarily determined by the scale of their operations as well as the typical size of deals they facilitate.

A major factor differentiating bulge bracket banks from other types is the scope of their operations. For starters, every bulge bracket bank operates on a global scale and has a presence in several economically significant countries.

The most notable difference between middle-market and bulge bracket investment banks however, is the value of the deals they facilitate. Middle-market firms typically only take on deals worth between $50 Million and $500 Million.

Elite boutiques are quite similar to bulge bracket banks in that they commonly handle large deals, often worth over $500 Million, and they likely have overseas operations. However, most Elite Boutiques offer a smaller range of services than bulge bracket banks, often only focusing on M&A deals. An example of an elite boutique investment bank is Moelis & Company. Moelis has several offices in the United States and nationwide and handles large deals, similar to a bulge bracket firm. However, they are limited to investment banking operations.

Regional boutiques, as the name implies, typically only operate in one particular region, and as a result, cater to a limited number of industries. This in turn limits the dollar value of their deals, which are small in comparison to bulge bracket firms. Because of this, regional boutiques normally do not have many employees and do not offer as many services as other banks do. They are often focused on only handling mergers and acquisitions. An investment bank that only has offices in the midwest and only handles deals related to the automotive sector would be considered a regional boutique.

Analyst work is commonly described as “grunt work,” as analysts spend most of their time building financial models and work extensively with Microsoft Excel and PowerPoint. Analysts often get little sleep and are forced to work 80-100 hour work weeks throughout their time in that role. Investment bankers remain analysts for about 2-3 years before they are promoted.

Base salaries for investment banking analysts usually range between $70K and $100K, while total compensation (including bonuses) usually ranges between $130K and $200K. Salaries and bonuses increase with the years spent working as an analyst.

Investment banking associates have usually had 2-3 years of analyst experience, but can also include recent graduates from an MBA or graduate program (those with a graduate degree are typically not made to work as analysts) or those with past financial experience.

The role of investment banking associates changes dramatically throughout their time as an associate. In an associate’s first year, they will probably perform similar work as analysts and may be tasked with managing a group of analysts. As associates spend more time at an investment bank, the nature of their work becomes more focused on communication and management, and can act as a liaison between senior and junior bankers. Associates are responsible for ensuring the quality of the work performed by analysts. Bankers usually spend 4 years as an associate before being promoted to Vice President.

Base salaries for investment banking associates range between $140K and $180K while total compensation can be between $250K and $400K. Yearly bonuses for associates can be of equal or greater value than their base salary.

Vice presidents are the youngest of the “senior bankers” within an investment banking firm. VPs are not as accustomed to following orders as an associate might be and their role is much more related to the clients. Vice presidents have the task of completing pitch books, long documents marketing a particular investment banking transaction, as well as maintaining client relationships. As a result, the role requires much more social ability. An investment banker remains a vice president for an indefinite amount of time. Their promotion is highly dependent on the quality of their work and can be delayed significantly.

Base salaries for investment banking vice presidents are usually greater than $200K while bonuses are of similar value to the base salary. Salaries and bonuses for VPs are influenced by the performance of their work and the success of their proposals.

As bankers become more senior, their work becomes less numbers-focused and they begin to take on roles relating to client management. This involves knowing everything about several deals taking place within the firm and ensuring that they are running smoothly. They are likely not actively involved in the operations of the deal. Their role is instead concerned with delegation. Job security is very low for a senior banker as if they fail to make the bank money, they can very easily be replaced.

Senior bankers earn a base salary of several hundred thousand dollars. With bonuses included, their compensation can reach into the millions.

Many prominent investment banking firms hire applicants from a variety of educational backgrounds. This is especially true of applicants from top universities. Applicants with a background unrelated to financial services can also have greater industry knowledge. For example, those with degrees in STEM are highly coveted for investment banking roles because their degree allows them to understand the inner workings of scientific and technological companies.

As previously explained, the biggest disadvantage of a career in investment banking is the long hours. Schedules easily range from 80-100 hours weekly and junior investment bankers likely work weekends as well. As a result, balancing investment banking work and your personal life is difficult, but possible.

Few careers provide opportunities as great as investment banking. Having an investment banking role on your resume will make you an attractive applicant for a variety of other jobs related to business and finance. It is not uncommon for investment bankers to go on to have executive roles at Fortune 500 companies or to have prominent roles in government.