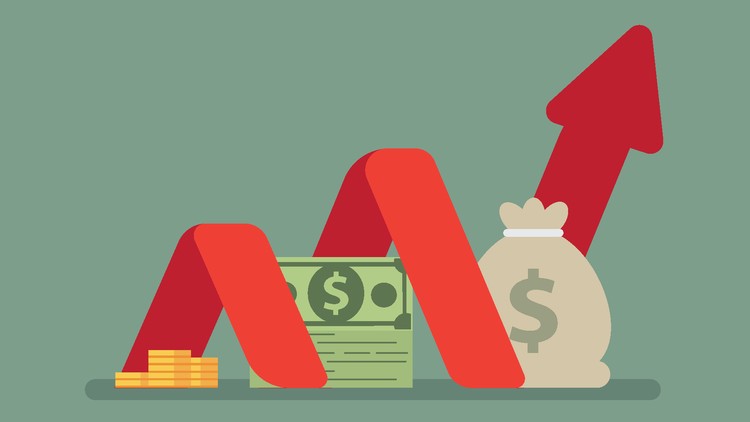 Associated with every transaction, any exchange of goods, services, and currency, there is a field of study known as economics. Generally, those who are not well versed in economics may not entirely be sure of what it is. Some may think that the study is only concerned with wealth and how to produce it. But after a brief examination of the field, one can see that economics brings all exchanges of goods and services down to a field of study.

Within economics, there are two primary branches: microeconomics and macroeconomics. In general, microeconomics caters more to markets and how businesses, producers, and consumers work in relation to them. On the other hand, macroeconomics is focused on the economy on a national level. It often gives attention to the actions and policies of governments, the national population, and general economic factors. One can think of economics in general as the study of resource allocation in a world of scarcity. It is not limited to the transfer of money, politics, financial markets, or anything of that sort.

Whether you realize it or not, the average person interacts with microeconomics considerably in their daily life, mainly because it is based on relationships between consumers and producers in many forms.

This article will be concerned with the field of microeconomics, which focuses on the market behavior of individuals and companies.

Within economics, there are a few things to always keep in mind.

Firstly, the idea of scarcity is essential to understanding economics. Every resource, including currency, is limited in supply, and nothing is infinite and completely available. From this idea comes the concept of supply and demand.

From these ideas of scarcity and opportunity cost come the Production Possibilities Frontier (PPF), a graphical curve of the various combinations of two goods that can be produced. Using the pencils and paper example, we can create a PPF, where the cost to produce pencils is $1 and the cost to produce paper is $0.50 per piece (note that these are now the costs to produce, not to buy the items). For this example, we can say that we again have only $5 to spend on production. Our PPF would look something like this.

Somewhat separate from the ideas of scarcity and opportunity cost previously discussed is the concept of advantages. Whether we like it or not, some individuals, entities, or nations have natural advantages in the production of specific goods. Those advantages are called comparative advantages. This is important in trade, because, for example, it would be more efficient due to natural advantages for China to produce rice than the United States. It would be inefficient for the United States to devote their resources to produce more rice than China because the United States would require more resources than China would. Most economists advocate for free trade for this reason because specialization is more efficient.

If one firm is able to produce a good at a lower opportunity cost, i.e. a cheaper production cost, compared to another firm, then that firm should specialize in producing that good.

Many economies work towards the state of allocative efficiency. This means the production completely and only represents the demand and preferences of consumers. Every good also has a marginal utility. Marginal utility refers to the utility that is gained with each additional quantity.

One important idea to understand about marginal utility is that it diminishes with production. The marginal utility of most products usually decreases with the consumption of more units. The idea behind this is that the more of something you get, the less each additional unit benefits you. For example, the marginal utility of your 1st slice of pizza is probably larger than your 4th or 5th slices. This may be because you aren’t as full on the first slice and the taste is welcome.

In economics, all goods and services have some degree of elasticity. Elasticity is a measure of how sensitive demand or supply is to changes in price or income. A good with elastic demand has a property where a small change in price could trigger a major change in demand. A good with inelastic demand, such as gasoline, which doesn’t have many energy alternatives, doesn’t face much of a change in demand when prices change.

Generally, the elasticity of demand is high when a good has many substitutes, another good with similar properties. This is because there is little dependence on such a good and it is easy for consumers to stop using it entirely. Think of chocolate candy. If the price of a Hershey’s increased, you could look to alternatives like Kit-Kats, M&Ms, etc. to buy chocolate. That would reduce the demand for Hershey’s because they are expensive relative to alternatives. However, when a good has complements, other goods that are used with the original good, the elasticity of demand is low.

Three main components are necessary for the production of any good: land, labor, and capital. Land represents the resources necessary for production, including raw materials. Labor, as the name suggests, is the workforce associated with production. Capital is the equipment necessary to produce.

There are a number of costs associated with production. We can group certain costs with others for easy graphical representation.

Fixed costs are the costs of production that do not change over time, mostly the cost of capital.

Variable Costs are costs that may change over time, especially the cost of labor.

From graphing the costs associated with production as well as demand, we can determine many key figures, including profits and losses, revenue, etc.

Many of the markets and industries that we have can be narrowed down to four primary market structures, which vary based on competitiveness and how many producers (companies/firms) there are. They are perfect competition, monopoly, monopolistic competition, and oligopoly.

A perfectly competitive market is one in which there are many different sellers of a product. The product is basically identical for all sellers. The demand for firms within this economy is perfectly elastic. This means that the change in demand is infinite with each change in price. There are no barriers to enter the industry for sellers, which are price takers. This means they do not set their own price but rather the market does for them.

Perfect competition is exemplified by most agricultural products and commodities. Corn, for example, is generally identical among all growers of corn, despite there being many. The demand for corn producers is perfectly elastic. With the land, labor, and capital necessary, anyone can become a grower of corn without many barriers to entry in the industry. And lastly, growers of corn do not have much decision as to what price to set for their corn, and instead must take the market price. Perfect competition is the most competitive market structure.

A monopoly is a company that represents an industry, where the company is the only producer of a certain good. In a monopoly, there is no competition. Monopolies are price makers. So, rather than the market setting the price, as it does in the case of perfect competition, the company in a monopoly gets to set their own prices for goods, which are usually much higher than the marginal cost, differentiating it from perfect competition. Monopolies have the ability to price discriminate, which means they can sell each unit of their product for a different price. In the United States, monopolies are illegal under the Sherman Antitrust Act.

Monopolistic competition is a market structure that takes characteristics from both monopolies and perfectly competitive structures. In monopolistic competition, firms sell their own unique product, though similar to other products from other firms. Each firm presents a product that is slightly different from the others but is more or less the same. It is easy to enter a monopolistically competitive industry, and the firms have some degree of choosing their price and quantity output. The demand in a monopolistically competitive market is more elastic than other markets, making pricing an important tool for firms.

An example of monopolistic competition is the coffee industry. Starbucks, Dunkin, Peet’s, McCafe, Tim Horton’s, etc. all sell coffee, but their coffee is all slightly different. If I wanted to create a new coffee shop to compete with any of these, the process wouldn’t be especially hard (although managing the business might). All these different coffee shops control their prices and how much coffee they produce.

Lastly, an oligopoly has many similar characteristics to a monopoly, but instead of there being only one producer, there are some, although very few (less than ten). An oligopoly has very tough barriers to entry, so it is extremely hard to form competing businesses. The price leader firm, which all other firms follow in pricing, sets the actual price. If oligopolies collude with each other, they may create a cartel that can fix prices and diminish competition. In the United States, collusion is illegal. One example of an oligopoly is the media industry in the United States. Six companies (General Electric, News Corp, Disney, Viacom, Time Warner, and CBS) control a vast majority of the media that people consume.

In the market of college education (monopolistic competition), an unintended consequence of the production of more college graduates is a reduced crime rate. This is because as more people obtain degrees, they obtain higher-paying jobs and are less likely to commit crimes. This phenomenon is a positive externality. Governments may attempt to bolster the occurrence of positive externalities with per-unit subsidies, or government-backed money.

Microeconomics brings the relationships, transactions, and exchanges that make up our economy down to a science, albeit not a hard science like physics or chemistry. Although this concept may seem daunting at first, on a basic level, the subject is not hard to understand, and it becomes easy to see how the principles of microeconomics may apply in our daily lives, in financial markets, and elsewhere.