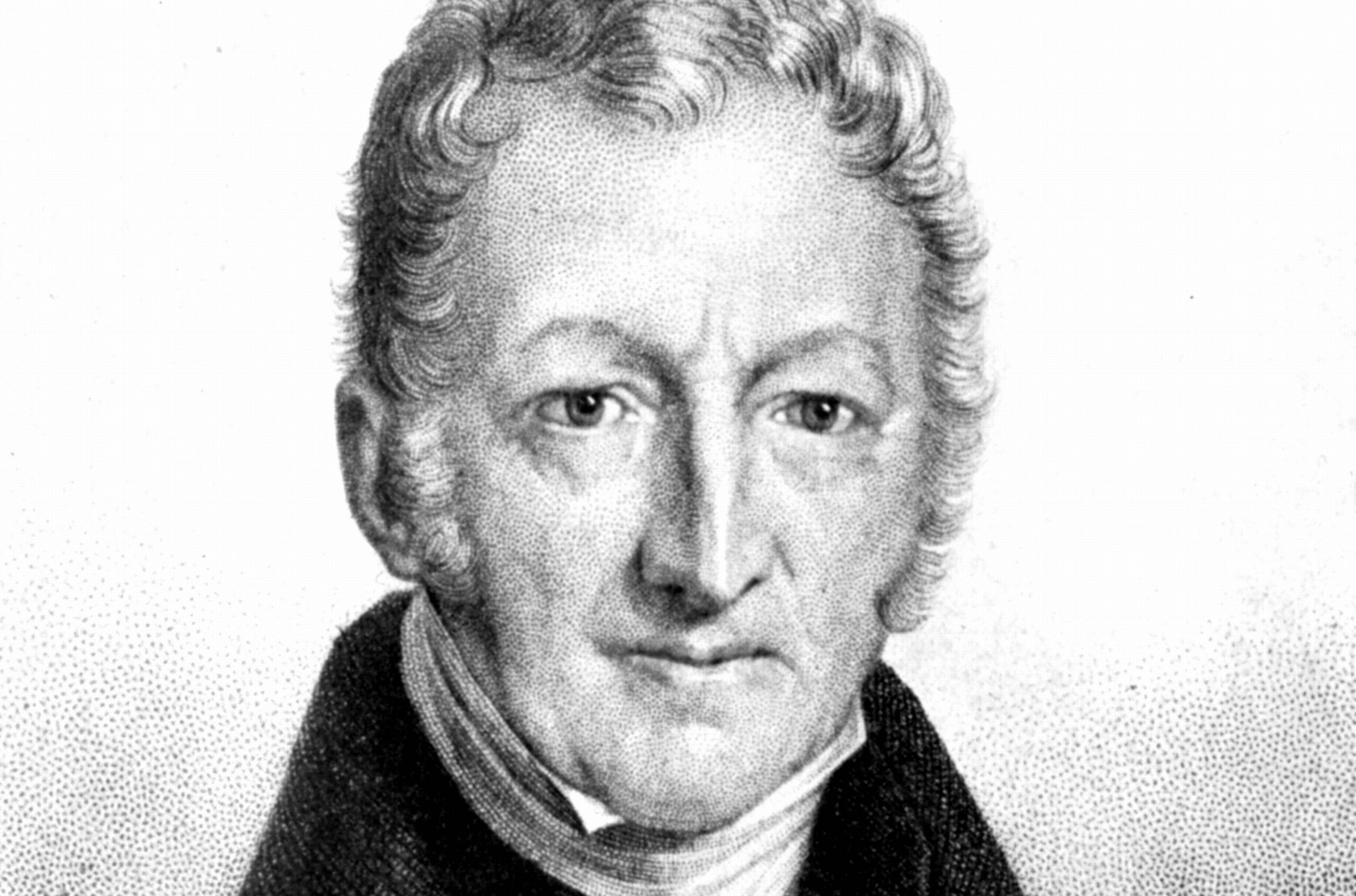 The Malthusian Trap is a theory which argues that, unchecked, population growth will outpace increases in food production and inevitably lead to global famine. The theory is named after Thomas Robert Malthus (1766-1834), the economist who proposed this principle in 1798. Malthus failed to account for agricultural innovation, which has helped bring down food prices even as the global population has exploded.

The Cycle of Misery

In An Essay on the Principle of Population, Malthus writes, “Population increases in a geometrical ratio”, while “subsistence increases only in an arithmetic ratio”. Because humans need food to survive, over time, the population would remain in line with the natural fertility of the land.

Due to limited resources (i.e. food supply), any period of prosperity with excess population growth would ultimately end in “misery” (famine) and “vice” (war). Without restraint (abstinence or postponement of marriage), mankind was “condemned to a perpetual oscillation between happiness and misery”, which Malthus called “The Cycle of Misery”.

In his economic pessimism, Malthus failed to account for the ingenuity of mankind. Humans improved farming methods during the Agricultural Revolution (18th-19th Century) and increased the use of chemical fertilizers during the Green Revolution (1960s).

These innovations have allowed food commodities to be produced in abundance and become less expensive even as the population has grown sevenfold since 1800. Mathus’ oversight of human resourcefulness could have been because his theory was based on observations of rabbit populations. Just a guess.

Nonetheless, “Neo-Malthusians” maintain that population growth is unsustainable and will eventually lead to a crisis. Especially in the 1950s-70s, there was a Malthusian revival. Best-selling books such as Famine 1975! and The Population Bomb forecast that overpopulation would cause global famines in coming decades.

While these predictions turned out to be wrong, Paul Ehrlich, author of the latter text and a professor at Stanford University, maintains that “medium-term solutions” to overpopulation have only delayed the inevitable. Echoing Malthus, Ehrlich insists there are only two paths forward. Either, “A birth rate solution, in which we find ways to lower the birth rate”, or a “death rate solution, in which ways to raise the death rate – war, famine, and pestilence (pandemics) – find us”…