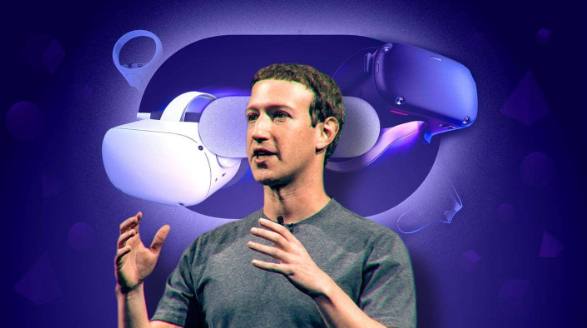 Since the dawn of the internet in the late 1960’s, our society has been captivated by a satellite connected world. With each advancement building upon the prior, the average adolescent’s life has been filled with gadgets such as smartphones, laptops, and computers. With 63% of the world’s population actively using the internet, one might ask where the next breakthrough lies in the digital world since the introduction of the internet. Well, one billionaire in particular, believes that one lies just around the corner: he calls it the “Metaverse”.

Introduction to the Metaverse

In the words of Meta CEO, Mark Zuckerberg, “the metaverse is the next evolution of social connection”- a virtual world comprising gaming, social media, augmented reality, and cryptocurrency. Previously, experts have debated the ethics of virtual reality, with some believing in its harm towards mental health. While there hasn’t been fixed research done in the fields of virtual reality, some experts believe that it creates a sense of disassociation, one that leads to social anxiety and addiction.

However, one thing that all experts can agree on is that: “[The] metaverse, too, will get seamlessly integrated into our lives” (New York Post).

Facebook’s Rebranding to the Metaverse

As of last year, on October 28th, Facebook had changed its corporate name to “Meta” with the new ticker symbol of META on the NASDAQ stock exchange. When Zuckerberg was asked about the change, he stated that Facebook needed a rebranding after they had changed their focus to investing in the metaverse. In 2021 alone, Zuckerberg had invested about $10 billion dollars into building this metaverse. He wanted to be the first company that is “metaverse-first”, leading to a change of his job title — a first in 17 years.

This news comes along with Apple unveiling its new privacy policy last month. This policy is called the “App Tracking Transparency”, a policy where users are prompted with a screen that asks if they grant permission for the app to store its data.

Users are now prompted with this screen in all Apple Products with the IOS 15 update downloaded. In a statement released by CEO Tim Cook, he mentions, “While others have focused on making customers the product, collecting ever-growing amounts of personal information, we’ve kept the lens focused on how technology can work for people. And that’s meant introducing countless features that give users transparency and choice over how their data is collected, used, and shared.” Mark Zuckerburg had already expressed his dislike towards Apple for this privacy feature. Projections show that this feature will cost Facebook a total of $10 billion dollars lost in ad revenue. In fact, Snapchat, Facebook, and Instagram have already lost a combined $9.58 billion dollars in the 3rd and 4th quarter of 2021 alone.

Apple’s business model thrives on the ideation and innovative design process that the company provides. They make the bulk of their money through products such as iPhone, MacBook, iPad, Apple Watch, AirPods, and Apple TV. In most years, their iPhone sales lead the pack generating up to 50-60% of their annual revenues. Each year, Apple releases a newer version of their products, captivating the attention of their buyers. When each new product releases, their marketing team ensures that the new features of the product are highlighted. With the American craze in wanting “the best” or “newest” products, Apple is successfully able to make their customers buy their products year-round.

Whether you like it or not, their hyper effective promotion strategy convinces most of us to buy the new iPhone or Macbook, even when we don’t need one. The truth lies in the simple fact — Apple knows how to reel in and effectively market towards their customers.

Compared to Apple, Facebook’s business model revolves around their social media platforms and connecting their users. Facebook employs data driven ads to appeal towards their customers, and Apple’s new privacy policy will refrain from this on their products. In this new privacy popup, if a customer doesn’t want to be tracked, Apple will not track their IDFA: a device ID used to measure the effectiveness of online ads. With this new option, Facebook will not be able to market their targeted mobile ads which will take a large hit on their social media marketing presence.

Clearly, Apple’s new privacy policy makes them a primary competitor for Facebook. With Facebook’s rebranding to the Metaverse, it is unclear how this new space will affect other tech companies. We don’t know what new advancements this virtual world will bring. However, one thing is for sure: the metaverse has the capacity to impact all of our lives. 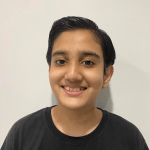 Vyom writes about economics, finance, and education. He hopes to bring awareness for financial literacy through his posts and inspire other teenagers to take initiative and begin saving their own money! He is currently a rising sophomore at American Heritage, in Plantation Florida.