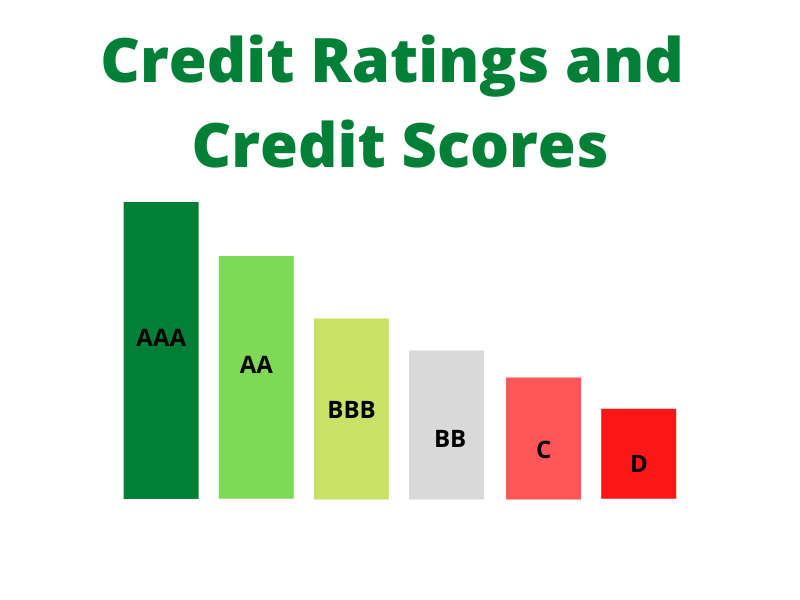 You may have heard of credit scores before in various places during your daily life. These scores are part of a much larger rating system that has immense influence over our economy and investors’ attitudes.

A credit rating is an assessment of how suitable a borrower is to receive financial credit or money. This suitability is based on how likely it is that the borrower will repay the loan on time. A borrower can be a person, a company, a national government, a city, or any kind of entity. Every borrower has a credit rating.

A high rating means that the borrower is likely to repay the loan on time and without issues. A low rating indicates that the borrower has tended to struggle to repay loans in the past. Credit ratings are important because they determine whether a borrower will be approved for a loan. Credit ratings also dictate the interest rate that will have to be paid on the loan. With low ratings, entities have trouble securing loans and getting good interest rates on them because their past failures to pay their loans back point towards possible problems in the future.

In essence, a credit rating represents the borrower’s risk of defaulting, or not paying back, on a loan. For example, in the bond market, corporate bonds, which are essentially bonds that companies issue in order to raise funds, that have a low rating have a higher yield, or interest rate. That’s because they are risky to hold so investors want a higher return to compensate them for the risk they take. On the opposite end, corporate bonds that have a high rating have a low yield because investors are demanding less return because they are taking less risk.

It is crucial for people and corporations to maintain high credit ratings to get loans. They maintain high ratings by consistently paying back their current loans. These loans go toward activities like business expansion and covering personal expenses. Having a low score could prevent the borrower from getting a loan and could lead to bankruptcy. Should a borrower get a loan, the interest rate could be extremely high and expensive to pay. Credit ratings don’t just determine if the terms on which a borrower receives a loan. They also guide investors and influence financial markets. An investor will be hesitant to buy stocks or bonds from an entity with a poor credit rating because it shows that there is a higher likelihood of the company not making its payments or even of falling into bankruptcy.

As credit ratings are susceptible to change, they can indicate skepticism about the economy and therefore dramatically affect it. For example, when the U.S. federal government’s credit rating was reduced from “outstanding” to “excellent,” global stock markets drastically dropped for weeks after. People were less willing to invest as much money into U.S. government bonds because of the increased likelihood of bondholders not being repaid. With the U.S. government and its bonds acting as global economic influencers, a worldwide cascading effect ensued.

There are different methods and ranking systems for the credit scores of individuals and the ratings of corporations and governments. Credit scores, which apply only to individuals, are determined by agencies such as Equifax, Experian, and TransUnion. This score ranges from 300 to 850, based on the Fair Isaac (FICO) scoring system. Only about 1% of people achieve the perfect 850 credit score. A good score is typically 720 or above. That score usually grants a consumer the best interest rates and favorable terms. A score between 580 and 720 gives a potential borrower wide access to loans but not as favorable interest rates. If a score is below 580, the person usually struggles to find any sources of credit.

There are specific scoring systems for other entities, such as sovereign credit ratings for national governments and corporate credit ratings for corporations, but the most common form of credit rating applies to practically all entities beyond individuals. Agencies such as Standard & Poor’s (S&P), Moody’s, or Fitch manage this scoring system. For both credit scores and ratings, the entity that is seeking the rating pays the agency to calculate it. Credit rating organizations tend to use letter grades to score. For example, S&P’s grading scale ranges from AAA as the highest to a D as the lowest. A rating below BB on S&P’s system is considered to be low and is indicative of an unreliable corporation.

Credit ratings are important in both personal and market finance. It’s important for any individual to be on top of their debt payments to ensure financial stability. Likewise, when choosing to invest in a company’s stock or a corporate or government bond, it’s crucial to know the associated credit rating as it provides insight into a company’s or government’s financial position and potential future. Overall, understanding credit ratings is straightforward and important not only for investors but also for those who want to have a secure financial future.

Should You Buy The Dip?