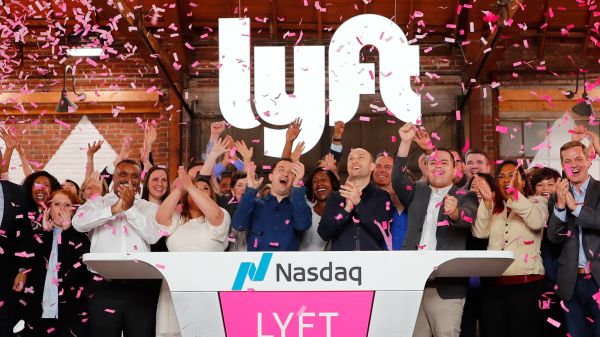 One week ago, on Friday, March 29th, ridesharing giant Lyft began its life as a publicly-traded company.

Lyft (NASDAQ:LYFT) was the first of several major tech companies expected to go public to actually do so in 2019. Among notable others, this is including Lyft’s main competitor, Uber, who Lyft has apparently beaten in the supposed race to go public in 2019, a race which Uber CEO Dara Khosrowshahi did not appear to recognize, stating in January that the company would “do it when we’re ready” in response to IPO talks. Despite this, Uber is expected to begin trading publicly sometime in this coming month.

The San Francisco based Lyft was previously valued at $15.1 billion. They had raised nearly $5 billion in funding, with investments led by Fidelity. In their IPO filings in early March, Lyft set a price range capped at $68 per share, but a week before release day, their listed share price was pushed to $72. Shares opened just before midday at $87.24 per share, well above the list price of $72 but later in the day, the stock lost value and hit $81 by 1:00 pm.

Since release day, the stock has declined a fair amount. This amounts from some investors choosing to be bearish on the company. But, throughout this past week, its rise has been steady. At no point has the stock traded below its original higher-end list price of $68. Currently, it is trading well above $72.

Initial public offerings, especially among tech stocks, with Snap being a notable example, are typically quite volatile. Differing opinions on valuation tremendously affect share price on opening day. Double-digit fluctuations in IPO share price are not uncommon, but this can quickly lead to overvaluation or undervaluation. Finding a balanced share price is difficult and made more difficult by issues arising from the IPO process.

The demand of stocks accounts for the demand of short term holders, many of whom seek to “flip” IPOs for a quick return, as well as long term buy-and-hold traders, who represent the true demand and therefore the true valuation. With IPOs, the large number of short term traders attempting to flip the stock creates artificial, perceived demand. This drives up the price of the stock, leading to issues with overvaluation. Striking the true, intrinsic stock value may never be achieved, but more time will allow the market valuation to settle.

Lyft’s largest, and significantly larger competitor, Uber, is set to go public this month. Uber’s latest valuation places them at over $100 billion, compared to Lyft’s new market value of about $21 billion. The upcoming release of Uber’s IPO may affect the share prices of Lyft in the days following it. This may be an extra cause of short term trades, with short term investors making bets on Lyft’s competition with Uber based on Uber’s performance, adding to the issues surrounding “flipping” and the accuracy of Lyft’s current market value.

Only time can truly tell the early performance of Lyft’s stock as a multitude of factors over the coming weeks will further affect its later attributes.