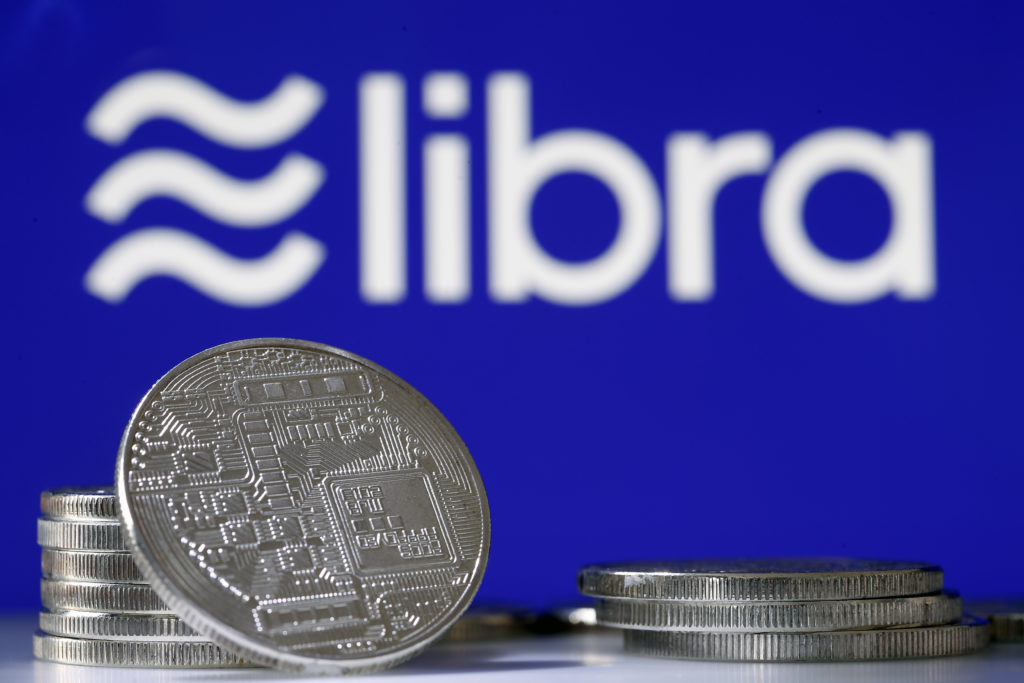 PARIS, FRANCE - JUNE 18: In this photo illustration, a visual representation of a digital cryptocurrency coin sits on display in front of a Libra logo on June 18, 2019 in Paris, France. Facebook announced today the details of its cryptocurrency, called " Libra ". Like bitcoin, the best-known virtual currency, it will rely on blockchain technology. This universal currency must allow its users to buy products or services from the Facebook universe, which also owns Messenger, Instagram and WhatsApp. It will also be possible to transfer "Libras" between individuals. Several companies like Visa, MasterCard, PayPal and Uber have already joined the consortium created by Facebook. (Photo by Chesnot/Getty Images)
Share this:

Facebook’s announced cryptocurrency, Libra, has made quite the splash since it was first announced. For starters, it is already more well-known among the public than any other crypto besides Bitcoin. That includes staples of the cryptocurrency world, such as Litecoin and Ethereum, both of which have been around for years. While masses sit on the edges of their seats awaiting Libra’s arrival, many experts and everyday people are advising others to be cautious on the impact Libra could have on society. Therefore, Libra has faced public criticism for numerous reasons.

Blockchain and cryptocurrency experts around the world claim that Libra does not classify as a true cryptocurrency. A major reason for why cryptocurrencies became popular is because of their promise of decentralization. This is also what makes Bitcoin and other cryptos so volatile because supply and demand solely dictate their prices. However, Libra claims to put that problem to rest. By being a stablecoin, or a currency that is controlled by a reserve of other monetary assets that control its value, Libra will not be volatile. In Libra’s case, the reserve consists of fiat currencies, which are government-backed currencies like the dollar.

This is not the first time anyone has tried to create a stablecoin by backing its value to federal currencies. The most infamous example of another instance is Tether (USDT). Tether is designed to always be worth $1 per token. It was originally backed directly by the US Dollar to maintain this value, but Tether has since diversified its reserve’s assets. In July, Tether surpassed Bitcoin for the most traded crypto by volume. Tether is heavily criticized due to its inability to show the content of its reserve. Facebook’s Libra is also facing criticism for similar reasons. Like Tether, its lack of decentralization raises eyebrows.

Many find Facebook’s control over the value of a popular currency to be worrisome. As we know, the tech giant has a spotty reputation for its power and activities surrounding privacy. Facebook has the scope to popularize Libra worldwide through its products such as WhatsApp and Messenger. If Libra was to be adopted worldwide, Facebook would have the ability to control the value to one of the world’s largest currencies right at its fingertips. For a company whose integrity is shaky as of recent, that’s a scary thought.

The Governance of Libra

As previously stated, control over Libra’s reserve is a massive source of power. And, as Uncle Ben says, with great power comes great responsibility. Democratic congresswoman Alexandria Ocasio-Cortez questioned Facebook’s David Marcus about the power distribution of the reserve. She mainly questioned the coalition of organizations that govern the Libra Association, and David Marcus often struggled to produce firm answers. The congresswomen made sure to point out that the Libra Association wasn’t “democratically elected”.The congresswoman revealed a reason for the public to distrust Libra.

According to new research by CivicScience, only 2% of people trust Libra more than Bitcoin. Also, 77% percent of people distrust Facebook with their private data, and 86% of people are flat-out uninterested in Libra.

It’s seemingly no secret that Facebook’s reputation has taken a turn for the worse, and it appears that Libra controversy may just be another instance of that. 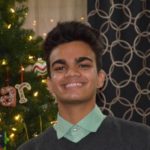