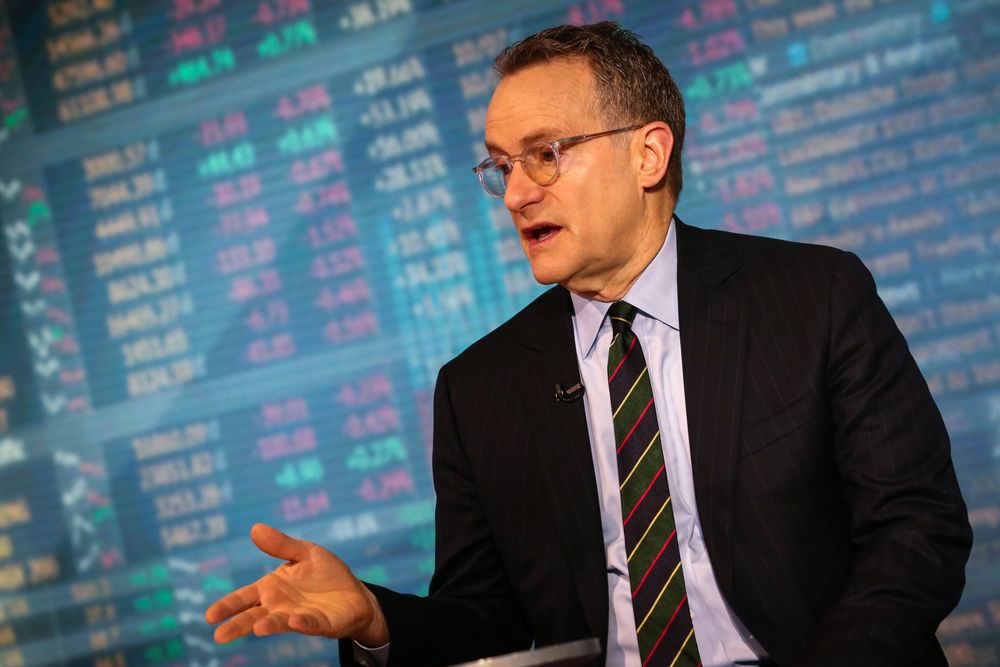 Howard Marks is a world-renown investor, author, and billionaire. He currently is co-chairman at Oaktree Capital, which he co-founded. Marks is especially known for his memos. Warren Buffett himself said those memos are “the first thing I open and read” when they come in the mail.

Some of the greatest investors in the world love Howard Marks’s memos. This post is about the memo Dare to Be Great II from 2014. For the rest of this article, I will try to break down what Marks has written in a way that will hopefully be simple and easy to understand. We were also very lucky to have Howard on our podcast Finance Simplified: EP 2 — Simplifying Risk and Market Cycles with Howard Marks of Oaktree Capital.

Dare to Be Great II

This was a memo written in April of 2014 that can be seen as a sequel to 2006’s “Dare to Be Great.” Market conditions were significantly different in pre-crisis 2006 and post-crisis 2014. Marks starts this memo off talking about what it takes to achieve superior investment returns. The first step is to create and follow an investing philosophy, an “investing creed” as he calls it. The investing team needs to have an answer to certain questions about investing strategy with the most important questions, in regard to the memo, being how you define success and what risks you will take to achieve it. Or, how Marks puts it, “in trying to be right, are you willing to bear the inescapable risk of being wrong?” How much risk are you as an investor willing to take in order to achieve successful returns?

Investors who don’t take too much of a risk end up with average performance, in line with benchmark returns. They don’t take the risk of losing too much money. But, with that safety comes the inability to outperform average returns. Every investor wants to outperform the market. But, in order to do that, an investor must be willing to be different and take a greater risk of being wrong. You can’t mimic every other investor and expect better results. Marks has posed this riddle for years: suppose he hires you as a portfolio manager and he agrees you get $10M if you outperform 90% of other investors but if you don’t, then you get nothing.

What must you do in order to beat that 90%? According to Marks, the answer is to assemble a portfolio that’s different from those held by most other investors.

How does an investor build a different portfolio? One way is to find opportunities that other investors haven’t found or consider too risky to touch and to avoid investments that the majority thinks can’t lose (so-called “market darlings”), which are often overpriced and don’t have as much upside potential. The bottom line is that being contrarian and looking at opportunities the rest of the market isn’t is one of the best ways to engage in unconventional behavior and get unconventional results, i.e. above-average performance. Unconventional investing is what Marks refers to “daring to be great” in terms of investment performance.

Daring to be great, for asset allocation, or the strategic management of risk and reward in a portfolio by adjusting the percentage of each investment in the portfolio, means investors must consider how much they should focus on diversification and risk reduction and how much they should sacrifice these in order to earn above-average returns.

Investing differently is hard as you must look closely at the market and also deal with the possibility of seeming wrong in the face of conventional wisdom (though you may actually be wrong with your investment, obviously). Marks says that the “road to above-average performance runs through unconventional, uncomfortable investing,” which means looking at non-consensus ideas, which, by definition, the majority of investors are not looking at. Those are where the true opportunities for growth lie, according to Marks. Along the lines of uncomfortable investing, Marks notes most “great investments begin in discomfort.” By a great investment, Marks is referring to investments in which investors buy in at a cheap, bargain price. Those bargain investments are cheap because there is pessimism around it, which drives its price down. Pessimism is often present around controversial or poorly-performing investments.

Doing things that require discomfort, which applies to more than investing, isn’t easy. Marks deals with distressed debt at Oaktree, which by its very nature is a discomforting business as the companies they invest in are bankrupt or in poor financial health. But because of that discomfort, according to Marks, distressed debt is priced cheaper and therefore is able to be bought at cheap prices and sold to generate consistently high returns.

Marks points out another important truth about investing: it’s a two-edged sword. If the market declines and you invest, then you lose money, but if the market rises and you don’t invest, then you miss out on potential gains. You can make money if you time the market right, but if you can’t, then you lose money. But a buy-and-hold strategy will produce better results if timing can’t be done right. Marks reveals that in order to earn superior investment returns, the different, unconventional strategy investors must implement have their risks of failure. The one thing Marks says isn’t a two-edged sword in investing is superior insight or skill, but, like with any other field, having superior insight or skill takes practice and experience, and is rarely achieved.

With double-edged swords in investing, Marks lays out the idea that investment decisions are symmetrical and come in pairs. The goal in investing is an asymmetry in those investment decisions. The asymmetry refers to exposing yourself to return in a way that doesn’t expose you proportionally to the risk, and to “participate in gains when the market rises to a greater extent than you participate in losses when it falls.” That means that in order to achieve the asymmetry of risk and reward, an investor must manage his money in a way that gains overcome losses.

It is unreasonable to expect no losses, but it is reasonable to have more gains than losses, which is what asymmetry achieves. The only way for an investor to have no risk of losing any money is to not invest at all or to accept below-average returns from extremely low-risk investments like Treasuries. For any investor to succeed in producing large gains, he or she must be able to deal with the chance of failing.

Marks echoes many successful investors in saying that there is no formula for producing superior investment returns. If everyone had a formula, then there would be no reason to invest in financial markets. Everyone who has access to the formula and will end up with the same conclusions about investments. According to Marks, the way to generate superior investment results doesn’t lie in formulas or loss aversion, but rather from “a better-than-average ability to figure out when risk-taking will lead to gain and when it will end in loss.” Essentially, properly gauging when a risk will lead to gains or losses allows for superior investment results.

Most people are familiar and accept the risks of being wrong, but more important is the ability to look wrong and still stay firm on your investments. Especially for institutions that manage other people’s money and have a fiduciary duty to them, trying to achieve superior investment results through investing differently often will give the appearance that its investors are rash and don’t know what they are doing. Because of the potential embarrassment or reputation damage that could come to the institution’s investors if they are wrong, those investors are discouraged from investing a sum that would make a difference in those different, unconventional, potentially high-yielding investments.

Institutions would “never buy so much of something that if it doesn’t work,” the institution will look bad. Investors who follow those rules give up the chance of investing enough in something that succeeds for it to make a meaningful difference in returns. In this case, it depends on how the investor defines success. Is it the amount of money he or she makes or is it his or her reputation and job retention? If it’s the latter, then success is based on avoiding the unconventional behavior Marks advocates for.

Deciding What To Do

Essentially, if a certain course of action yields a situation that is unacceptable for you, then there’s no value in that action’s expected value. So, when investors are deciding to invest differently or invest to prevent reputation damage, then they judge their potential choices based on what will yield the highest value while not creating any unacceptable consequences. The fear of being wrong ties into the fear of embarrassment and reputation damage, which relates back to having an investing creed, whether that be one in which boldness prevails over the fear of embarrassment and safety or vice versa. The fear of being wrong and looking bad can lead to either average returns or failure altogether.

One of Marks’s favorite quotes is as follows: “Being too far ahead of your time is indistinguishable from being wrong.” For investors, even if they are right on an investment, they may not see their gains for a while and will have to deal with looking wrong and live with the fear of being wrong. There is also the fear that economist John Maynard Keynes said best: the market can remain irrational longer than you can remain solvent. Remaining solvent means that you are able to pay financial obligations such as debt.

A manager, who Marks knows, turned bearish in 1996 after Alan Greenspan warned of irrational exuberance in the dot-com era. The dot-com bubble burst in 2000, a full 4 years after the manager turned bearish. So, the manager wasn’t wrong, but just too early. Similarly, John Paulson shorted mortgage securities in 2006, but realized his gain in 2007 and had to pay for looking wrong for almost an entire year. John Paulson made about $4B on that bet against subprime mortgages. Others who entered into the same trade as Paulson did had to exit them early at a loss because looking wrong chipped away at their ability to maintain positions in investments.

Marks summarizes the memo by saying he’s convinced “that everything that’s important in investing is counterintuitive, and everything that’s obvious is wrong” and that unconventional investing is the “only road to superior investment results, but isn’t for everyone.” Not everyone can withstand looking wrong. Not everyone can survive some mistakes. But for those who take a chance, for those who dare to be great, superior investment results are possible.