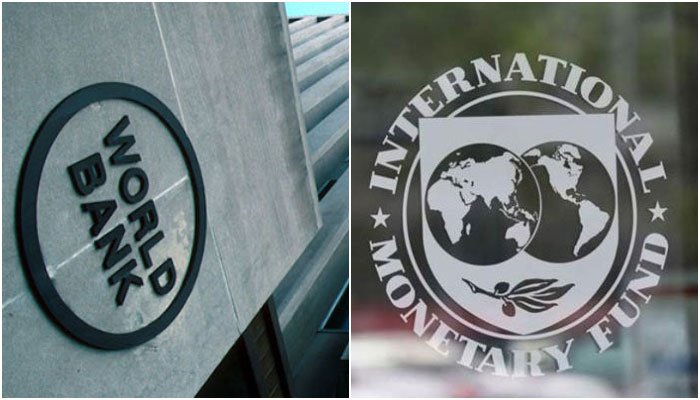 After the end of World War II, the world was in tatters. The war had severely damaged all of Europe, who needed to rebuild. As they recuperated, the US began to take charge of creating the new world order. Amidst this change, a new international economic system was necessary in order to foster a new age of cooperation. The creation of this new system began at the Bretton Woods Conference in the waning days of World War II. From this conference emerged the prevalence of supranational organizations that serve as an intermediary between countries across the globe.

Most recognized are organizations like the United Nations, who attempt to enforce peace and freedom. However, arguably the most important institutions, are the World Bank and the International Monetary Fund, who monitor global economic affairs. These organizations offer the promise of a mutually prosperous world in which all countries can be secure in their safety, freedoms, and economic stability. However, these organizations are also criticized for being out of touch with the world and lacking transparency.

History of the World Bank and IMF

The World Bank and the IMF were created in 1944 from the Bretton Woods Agreement. The World Bank was envisioned to provide loans to developing countries that might not be able to secure those loans from typical commercial banks. In its infancy, the World Bank primarily focused on rebuilding Europe following the destruction of World War II. It would later finance numerous infrastructure projects throughout the world, primarily in developing countries in Africa, Southeast Asia, and Latin America. The IMF, on the other hand, focused on creating a unified currency and international economic system in order to benefit all countries and provide economic freedom. Because both were conceived at the same time, the World Bank often cooperates and works with the IMF. Their general aim is to manage the complex economic web of the globe.

Organization of the IMF

The IMF is led by a board of governors, one for each of the organization’s member states, which total up to 189 countries. However, a larger amount of power is given to 24 executive directors, who are from 8 influential individual countries and 16 general world regions. The entire board is led by one managing director that supervises the entire IMF. The director typically hails from a European country.

Each country that is a part of the IMF must pay a sum of money known as a quota, which is reevaluated and adjusted every five years. The amount is based on each country’s overall wealth, and the money is repurposed for loans. The quotas also translate into how much influence and voting power a country will have, with higher quota contributions giving more influence. Canada, France, Germany, Italy, Japan, the UK, Russia, and the US control nearly 50% of the vote, despite being less than 5% of the member countries.

The IMF and Currency Regulation

Originally, the IMF was intended to set currency rates. In the past, every currency in the world was set at a certain value relative to the US dollar. The US would tie their dollar to gold under the Gold Standard. The Gold Standard is a system by which the currency of a country has its value directly tied to gold in the form of an agreed upon exchange rate. For example, the Bretton-Wood agreement set the exchange rate between US dollars and gold to $35 per ounce. The exchange rate of each country’s currency could only be 1% off of their set value after being reviewed by the IMF. This was known as a pegged exchange rate.

The Modern Role of the IMF

Today, the IMF focuses on providing loans to developing countries. The organization offers loans to member countries in the form of Special Drawing Rights, or SDRs. The SDR is a unit of money. It’s value is defined by numerous different currencies in a single basket. Thus, the value of the SDR changes daily. Currently, the currencies that determine an SDRs value are the US Dollar ($), the Euro (€), the Pound (£), the Yuan (¥), and the Yen (¥). Every five years, the IMF reviews the SDR’s composition and redistributes each currency.

These SDRs are the unit of exchange for all IMF loans. Each country is entitled to immediately borrow up to 25% of the quota they paid upon joining. When a country takes a loan out from the IMF, they exchange their own currency for any other currency. From there, they must buy back their own currency with interest over the next 3-5 years. These loans are typically used to acquire enough foreign currency to pay off international debts.

If a country needs more than 25% of its quota, the IMF evaluates the country’s needs and assigns a properly valued loan. They do this through several different financing programs. They range from short term loans aimed at solving temporary deficits to medium terms for structural issues. Other programs target impoverished countries, or extreme short term scenarios.

IMF loans generally come with conditions for the government receiving the loan, such as eliminating monopolies, implementing price controls, and deregulating industries. The IMF also offers assistance and advice to each member country by assessing economic health and proposing solutions. Finally, they serve as a data collector on different economies and global trade, providing valuable information and informing countries about their policies.

The Organization of the World Bank

To become a member of the World Bank, a country must first become a member of the IMF. Thus, the two organizations have several similarities. Both are made up of 189 different countries, and are headed by a Board of Governors. Also like the IMF, most of the power is given to a group of executive directors, which number 25 for the World Bank, as opposed to the IMF’s 24. The five largest shareholders (the US, UK, France, Germany, and Japan), each appoint their own executive director, while other member countries appoint executive directors as a group. However, China, Russia, and Saudi Arabia each have their own director despite not being a top-5 shareholder, due to their large influence. The Bank is headed by a president, who is traditionally from the United States.

The similarities with the IMF also extend to voting power, where a country’s influence is based on their subscription, which is an initial payment made to the Bank after a country joins. The World Bank subscription is roughly 88 percent of the IMF quota, which is based on the size of a country’s economy. Due to this organization, the largest shareholder, the US, holds nearly 1/6th of the votes in the World Bank.

The Modern Role of the World Bank

The World Bank Group is divided into five different institutions, each of which serves a different purpose.

All of these programs aim to help countries develop their economies. They primarily focus on infrastructure projects that will benefit countries in the long term. They also encourage and advise different policies that they believe will help growth. These include reform in legal systems, education, and environmental regulation.

The Difference Between the World Bank and the IMF

Due to their shared origin in the Bretton-Woods Agreement, frequent partnerships, and similarly aligned goals, the differences between the World Bank and the IMF are often difficult to understand. Their most fundamental difference however, lies in their purpose. While both serve as administrators of the financial world, the IMF focuses on international stability and combating financial crises. Their loans are for emergency situations. On the other hand, The World Bank focuses on long term development. Rather than loan in a reaction to a crisis, they loan to help poorer countries develop their industries, infrastructure, and economy in order to make them more productive overall. Put simply, the IMF organizes and maintains the international economy, and the World Bank tries to make it more equitable.

Other differences exist, such as where each organization’s funds come from. For example, The World Bank gets its resources by borrowing through bonds. In contrast, the IMF is funded through its member countries’ quota payments. However, by and large, the most important distinction is where their efforts are focused.

Criticisms of the World Bank and IMF

Given their expansive role in regulating the modern global economy, both the World Bank and the IMF have been subject to a variety of criticisms. There are many that doubt each institution’s philosophical and practical use.

Though the World Bank aims at a poverty-free world, many allege that the bank only exacerbates economic inequality. Because of its structure, the countries with the most wealth are also the countries with the most say. This means that privileged countries often create the policies that are implemented in poor countries. This leads to at best, incompetent decision making, and at worst, self-interested policy decisions.

Many have also noted that the bank’s loans and subsequent guidance leads many countries to pursue economic success at the price of the environment, public health, and general welfare of the people. Furthermore, World Bank debts cannot be canceled or rescheduled. This means that countries who go into debt often fall into economic stagnation and failure.

Many of the criticisms of the IMF are very similar. It also allows the rich to dictate reforms in the name of the poor. This can drive countries into debt through unbalanced loans. The subsequent debt leads countries to take actions like privatizing industries, cutting public funding, and allowing cheap labor. Finally, the IMF provides a safety net for risky financial decisions, and may embolden countries to make reckless decisions.

Despite the criticism they receive over their functionality, the IMF and World Bank will remain a fundamental part of the international economy. Because of this, they likely will not be going anywhere, anytime soon. Since their inception, the IMF and World Bank have taken various different roles at the center of the 21st century world, with the goal of creating a more efficient and stable international economy. Their lack of transparency and questionable powers do bring up valid concerns. However, both institutions will continue to provide pivotal services to both developed and developing countries. 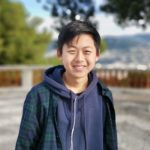 I'm a rising senior at Amador Valley high school. I am interested in the intersection between humanitarian issues, public policy, and finance.