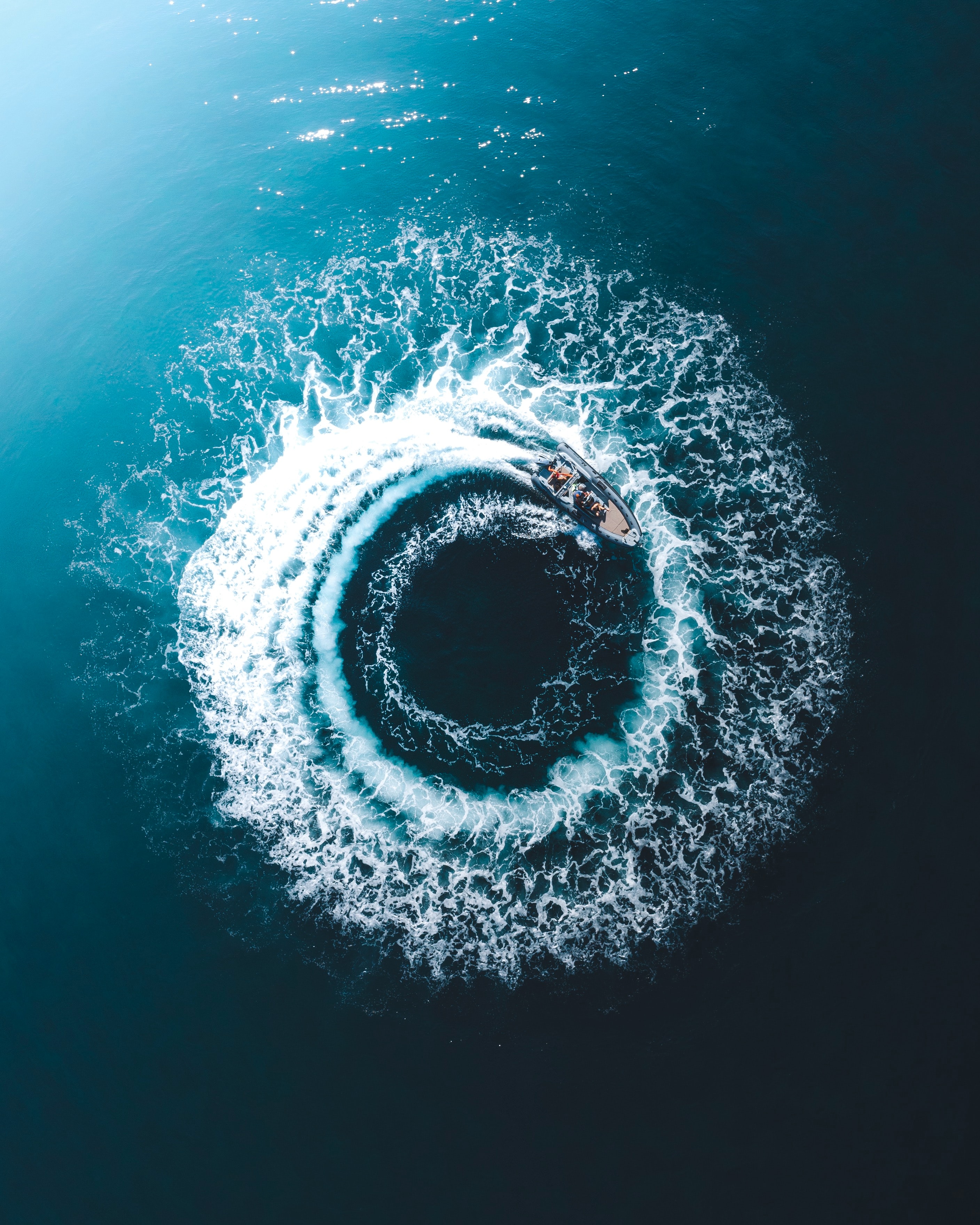 What is a circular economy?

What was once a radical theory is now just a buzzword: as its usage varies, so does its meaning. For the purposes of this analysis, we’re going to define the circular economy as the idea that all stages of a product life cycle are interconnected; everything flows and when represented, the model seen is a circle. A circular economy doesn’t generate waste because unlike the traditional “take, make, dispose” model, inputs are indeed outputs – but the opposite also holds true. In a true circular economy, waste doesn’t exist—the word loses meaning—because to call something waste is for it to not have the potential to create utility.

The idea was originally only theoretical; the idealization was limited by the technology of its time. The same cannot be said for today; technology has developed to the point where it’s no longer the bottleneck forcing the linear model onto us and it’s rather human error—in various forms—as this article hopes to display.

Today, the argument (for CE) that societies should switch over to renewable sources of energy is popular, but the moment economic revamps are proposed, it’s shut down. A material change isn’t enough and a change of mindset is clearly necessary. In order to embrace the cyclical model, what we think of as property would change; we would never really own an asset, only lease it for its useful period. Its useful life would be determined by obsolescence. There exist two types of obsolescence: planned, where manufacturers would intentionally control the life spans of products, or uncontrolled, which is determined only by hardware quality relative to the development of software over time. The leasing approach would not only allow for a decrease in the cost of production (which would, in turn, decrease the price of products) but also reduce raw material use (and thereby, extraction).

Another popularly discussed model is for original equipment manufacturers, OEMs, to offer short-term rentals for more products; this would allow companies to produce less of a specific product in order to generate the same revenues.

The “looped economy” and its impacts on job creation, economic competitiveness, resource-saving, and waste prevention was originally discussed in 1976 in a research report titled “The Potential for Substituting Manpower for Energy” by Walter Stahel and Genevieve Reday. Stahel later went on to form one of the world’s first pragmatic and credible think tanks. From this emerged ideas such as increasing the lifespan of goods, re-using existing goods, and ultimately preventing waste. Stahel’s economic model that prioritizes selling services instead of goods is what the modern model has developed into.  Developed countries shifted from a manufacturing to a services economy. That is just the first step to circularity.

China is a popular case study as a country that has identified creating a circular economy as one of its goals.

What would it mean for a country to develop a near-circular economy? The European Parliament answers this question by reporting that circularity (for any country) would increase competitiveness, create more jobs, and increase GDP by at least 0.5%, among many other unpredictable advantages.

Why doesn’t it already exist?

Unfortunately, the promise of economic development also assumes a willingness to sacrifice immediate gains. For many, that is unacceptable. That being said, this issue isn’t nearly as black and white as it’s being made out to be. Multiple factors are at play, even present in our own lives at the smallest scale. Perhaps the best case study is something as seemingly trivial as the right to repair.

As previously discussed, circularity requires the technology of today to be recycled and become the raw material of tomorrow. However, repeatedly scrapping old products isn’t an effective solution. The aim of recycling is only to prevent waste and there are multiple ways of doing so, the most popular being repairing.

Currently, repairing technology (both for consumers and businesses) is more difficult than replacing said technology. From a financial standpoint, both parties stand to save (or make) more money by using new material on a new device than new material on an old one.  Part of the reason is that creating and distributing an entire machine can be automated; replacing part of one can’t. This makes repairing property exceedingly expensive, as is reflected in the prices that deter consumers from ever trying to do so.

For electronics manufacturers to make repairing products easier—to release product blueprints and make individual authentic parts available to the public— would mean for them to lift the bottleneck on sustainability. The economy is only as cyclical as products are reusable; manufacturers making repairing products a viable option places the question of cyclicality more so on the consumers, the people.

The Root of the Problem

Human error, through things like damaging technology leading to repair as well as excessive waste production for said repairs, is what’s really keeping the circular economy theoretical. Luckily, it might just be the solution.

Planned obsolescence—the idea of purposely limiting the lifespan of products in hopes of stimulating the economy—traces all the way back to 1924, when the American automobile market reached a saturation point. Though originally controlled (hence the planned), companies—obsolescence has become the involuntary result of rapid technological (specifically software-related) developments. It’s not in all cases that older products have hardware that loses functionality (due to damage, etc.); it’s that the software they need in order to function is either too demanding or no longer supported by the original OEMs that released it.

The solution? Open-sourcing software. For software to be open source means for it to be able to be modified by the public; users can continue updating and optimizing software long after the developers decide to abandon it, successively increasing the lifespan of technology.

But there are arguments against this.

From the standpoint of intellectual property and consumer safety, corporations are able to make credible claims against the right to repair.

The only way to make repairs widely accessible is to not only release official parts for public use but to also make schematics (manufacturing guides, disabled digital locks, etc.) publicly available. Companies fear that releasing this information is going to lead to them losing their competitive advantage as competitors gain what would previously have been insider information.

While the goal of all for-profit businesses is to make money, publicly stating that isn’t effective for said goal; convincing the other side that they’re acting in their best interests does what the former can’t. Corporations argue that making third-party repairs endangers users and goes against consumer safety policy; consumers can’t repair their property, not because it’s their (OEM’s) property, it’s because their property can be dangerous to all unless OEMs handle repairs. According to University of Windsor’s Professor Peter Frise, as technology becomes more advanced and capable, the chances of seeing the right to repair prevail decreases (and for good reason). It seems like big tech companies—especially EV companies like Tesla—are going to monopolize repairability, only ever-increasing their power.

In other cases, what’s being done?

More specifically, what are governments doing to get closer to the idealized CE?

Countries have popularly committed to reaching net-zero, if not net-positive, by 2050; switching to renewable energy sources is the start for all other industries to be able to make the transition.

As for the right to repair, the US government is building upon its previously developed laws originally set in Massachusetts in 2013; unfortunately, developments have only been most rapid following protests (i.e John Deere and the “farmers revolt”). Biden signed an executive order in the summer of 2021 encouraging the FTC to use its authority to address “unfair anti-competitive restrictions on third-party repair or self-repair of items, such as the restrictions imposed by powerful manufacturers that prevent farmers from repairing their own equipment”.

The right to repair, and thereby CE, hasn’t seen developments globally even after popular desire. In Canada, where OpenMedia reports that 75% of citizens support the right to repair, Bill C-272 (proposed for the right to repair) was voted against, 330 to 0. The power of multinational corporations rallying trumped “the voice of the people”.
Even where a utility analysis reveals that the right to repair is justified—where arguments previously made by OEMs no longer apply and legislation would indeed be effective—do manufacturers win, and the right to repair lose. Once again, farmers, who need their technology to make a living, cannot resort to OEMs; not only because it’s more expensive to do so but also because repairs take a lot longer in rural areas (the days without their phones that most people shiver at the thought of becomes weeks without revenue for farmers). This has led to farmers illegally installing Ukrainian software that allows them to bypass digital locks (and thereby use third-party parts). One problem has spread out to another, and the question we’re left with is if changing the law is really justified only because it’s repeatedly broken?

Though this article may give you the sentiment otherwise, democracy and the free economy really is built on the voices of its inhabitants.

The circular economy isn’t just an idealized future; it’s the only one that assures sustainability and so it’s the only choice we have. While in itself broad, scaling the issue down to something as little as fighting for the right to repair makes all the difference; the power to change the future really is in our hands.