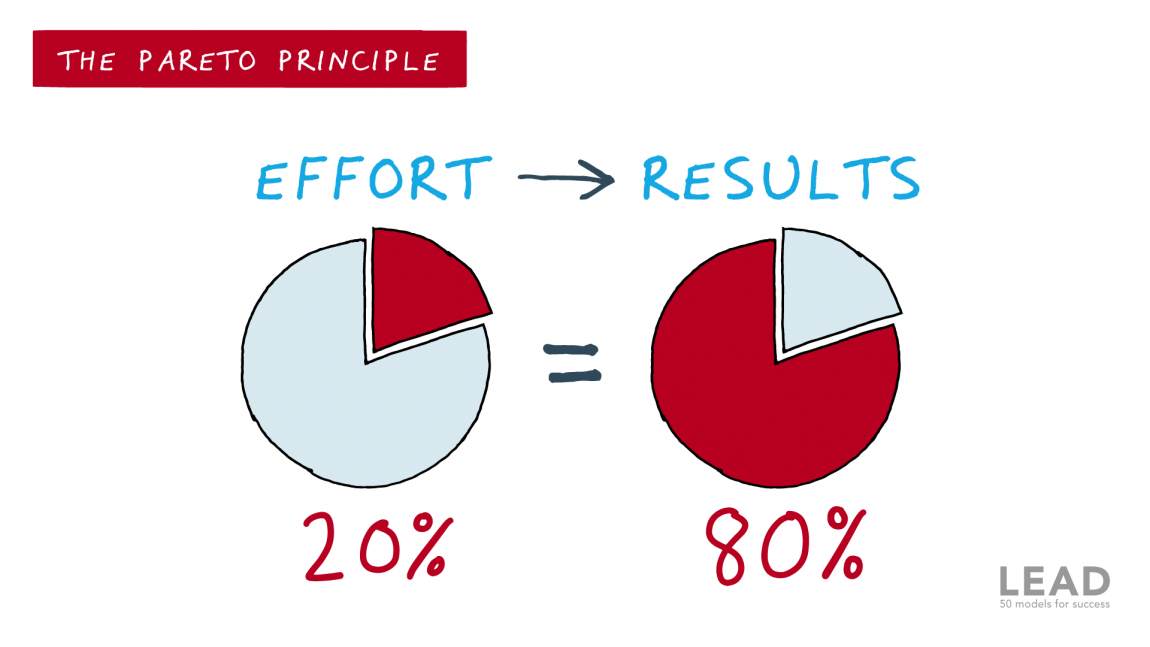 In the pre-video rental days (we’re talking late 1800s), a similar observation was made in a very different context by Vilfredo Pareto (right), an Italian economist. Pareto grew pea pods in his garden and noticed that 80% of the peas he harvested came from 20% of the pea pods. He went on to apply this principle to macroeconomics, and in an 1896 publication, he noted that 20% of Italians owned 80% of the land. Pareto observed a similar split in other countries.

It wasn’t until the 1940s that this observation became the “Pareto Principle” as it is known today. While working as a management consultant, Dr. Joseph Juran noticed that 80% of product defects stemmed from only 20% of the production problems. So, by focusing on those 20% of production problems, a business could improve its overall quality by far more than 20%.

Since Juran, the Pareto Principle has been applied more broadly. Within Juran’s realm of business, it has been found that 80% of companies’ sales often come from around 20% of clients (or from 20% of video tapes). Beyond the business world, Microsoft found that by fixing the top 20% of most-reported bugs, they could eliminate 80% of errors and crashes in a computer system. Healthcare companies have reported that 20% of patients account for 80% of patient care provided.

And in 1992, the United Nations refashioned the Pareto Principle into a fancy graph called “The Champagne Glass Distribution”, which showed that 82% of the world’s income is generated by roughly 20% of the world’s population.

Clearly, many natural phenomena exhibit the Pareto Principle. However, it should not be applied too broadly. It is important to keep in mind that this is only a principle, not a mathematical rule.

Nonetheless, we may be able to benefit by considering the Pareto Principle in the context of our own lives. The rule would suggest that, instead of spreading our attention across a variety of small tasks throughout the day, we should focus on the biggest, most important tasks. By focusing on this subset of “most important” tasks, we can have an outsized impact on driving positive progress in our own lives.