What do going to the movies, chess, rock-paper-scissors, football, and international trade have in common? The answer is game theory. What many people may view as normal occurrences may in fact be part of an intricate web of decision-making from many people. Most people associate game theory with the Prisoner’s dilemma or the Nash equilibrium. In reality, game theory plays an important role in a variety of fields including economics, mathematics, politics, and life in general.

Game theory is the study of games, which are strategic situations where multiple parties, or players, participate. However the difference between these games and regular games such as sudoku is that the games share the common theme of interdependence. Essentially, the outcome of the decision a player makes is dependent on all of the strategies, or choices, of all the players involved in the game.

Game theory can be further split into two branches: combinatorial game theory and classical game theory. Combinatorial game theory refers to two player games of perfect knowledge where there is no chance element and players take turns. Perfect knowledge in this case refers to games where all parts of the game state are accessible to every player. Examples of these games include traditional board games such as chess and checkers. Classical game theory, on the other hand, refers to games where decisions are made simultaneously rather than a turn-by-turn basis. It is characterized by hidden information and random events, thus being associated with real life applications of game theory.

In the decades that followed, many contributions were made within the field of game theory. Most notably, in 1950, famed Princeton mathematician John Nash developed the Nash equilibrium, which expanded on Neuman’s previously-defined two-person zero-sum game equilibrium. Following this discovery, the field exploded in popularity, expanding to a variety of industries and disciplines. Additionally, discoveries such as repeated values and Sharpley values (too complex for this article) were introduced leading to the very first applications of game theory.

Now let’s talk about some of the basics of game theory. First, let’s recall the basic structure of a game. As previously defined, games are interactions between multiple players (parties) whose individual payoffs (more on this in a bit) depend on the actions (strictly defined behavior a player chooses between) each player makes in the game. Typically within a game, there is a defined value system, which essentially encompasses the range of all the possible values. Thus, the payoff represents the specific change of “value” within a value system which maps to a player’s action.

Another important classification is zero-sum vs non-zero sum. Zero-sum is a situation where one player’s gain is equivalent to another player’s loss. It earns its name as the net change in wealth or benefit to the game as a whole is zero. An example of which would be tennis and other sports: for every winner, there is a loser. On the flip side, non-zero is the opposite. It describes a situation where there is a net benefit or loss to the system based on the outcome of the game.

There are two main ways of visualizing games in game theory: matrices and game trees. Both models can be insightful in different ways. However, the most appropriate choice depends on the game and its rules (amount of players, simultaneous or sequential, etc).

The simplest visualization is the payoff matrix, typically used to describe 2-person simultaneous games. In this choice, the choices lineup perpendicular to each other. Inside the boxes, the expected payoff for each player is written as pairs of numbers. The labels above and next to the boxes (C&D) represent the actions players can take. In most cases, there will be a label indicating the players’ names next to the actions. In this scenario, let’s assume the player on the left is player A and the player on top is player B. The first number in the pair represents the expected payoff for player A while the second number corresponds to the expected payoff for player B. If player A takes action C while player B takes action D, for example, player A will have a payoff of 0 while player B will have a payoff of 3.

This game is an example of a non-zero sum and simultaneous game as the payoffs for each box do not sum to 0 and the decisions are made at the same time. If the payoffs had instead been (-1,1), (0,0), (1,-1), etc, the game would’ve been denoted as zero-sum.

Let’s take a look at a rock, paper, scissors through a matrix. We can construct a 3×3 matrix as there are 3 choices (rock, paper, or scissors) and this is a 2-person, simultaneous game. The game is also a zero-sum game because players either win, lose, or tie depending on their decision. Moreover, the game is non-cooperative as it is a competitive game among individual players where alliances/teams aren’t allowed. In the matrix below, the strategies/decisions players make are clearly labeled, with payoffs corresponding to each choice. The sum of each box is 0, another result of it being a zero-sum game.

However, we must remember that matrices can only represent simultaneous games. As a result, there is no concept of time within this type of visualization.

A game tree is a much more useful visualization we can use. It is a directed graph with nodes and edges. The nodes represent both players’ positions and payoffs while edges represent the actions taken by the player. Typically, players are assigned to a group of decision nodes when on the same x-axis, representing the choices for a single player at a particular moment in time. In the diagram below, the nodes are the individual choices  (rock, paper, scissors). Each group is assigned to a player, with the top belonging to Alice and the one below to Bob. The choice they may take is represented by the edge (line), eventually connecting to payoffs at the bottoms. Furthermore, the first number in the pair represents the payoff for Alice, the 2nd for Bob.

It is important to note that the origin/top node can be any player, Alice was chosen randomly for this example.

Game trees are a much more powerful tool we can use to visualize games. There can be more than 2 players, it can be either simultaneous or sequential (adding the concept of time to the visualization), and it can be represented in a number of different ways.

As mentioned earlier, game theory has several real life applications. Similar to rock-paper-scissors, chess is a true application of sequential game theory. Chess is not based on probability or chance, but rather strategy and tactics. At every turn, both players know all the possible moves and the effects of them. Thus, the game exhibits the quality of perfect knowledge as both the players know the positions of each chess piece.

Another application of game theory is college applications. A student’s decision to apply to multiple colleges is rooted in his lack of knowledge of which colleges will eventually accept him.

Game theory is also applicable to many and economics. A notable example would be the US-China trade war. Both the United States and China are some of the most influential world powers today. It can be assumed that because they both have such large spheres of influence, any action they will take concerning the trade war will likely be taking the most logical course. If the United States chooses to cede back in the trade war, it will ultimately result in a loss for them as China reaps the benefits of the imposed tariffs. The same applies to China if they choose to loosen their involvement in the trade war.

The only option for the United States and China is to continue participating in the trade war, either increasing the stakes with tariffs or at least match the opposing side. With all specifications met, they are now considered at Nash Equilibrium. Both world powers will likely continue the trade war for a while with an unchanging strategy, until they reach a mutual agreement and keep it.

Another application of game theory is how businesses work together in regards to pricing their products. For example, Coke and Pepsi are competitors, and they both often put their products on sale. But, as one will historically see, Coke and Pepsi never run simultaneous sales of their drinks. Instead, they collude, or work together for mutual benefit. They do so by running their sales at different times and never together. The reasoning behind this is similar to the trade war.

If Coke prices its products lower than Pepsi, then Coke gets more consumers. Likewise, if Pepsi prices its products lower than Coke, then Pepsi gets more consumers. If they both try to keep lowering their prices to compete with each other, then both will eventually lose money as at a certain point, the price of drinks will not be enough to cover costs. As a result, they would have to strike an agreement to stabilize drink prices while also lowering them in relation to the other. This leads to both companies mutually benefitting.

The connection to investing is also very clear. Your decisions as an investor are based heavily on what you think the rest of the market will do. If you buy a stock, you do so with the expectation that more investors will eventually buy it and drive up its price. Likewise, if you decide to short a stock that the majority of other investors decide to buy, you will lose money on that trade. Essentially, investors make their decisions based on what they think other investors, i.e. the market, will do in the short-term and long-term.

Game theory is an important field through which many occurrences in the financial world and regular life can be analyzed. Whether you’re looking at how football teams decide which plays to use or analyzing the actions of companies and executives, game theory offers incredible insights into the incentives and behaviors of people. Ultimately, as game theory is the study of strategic decision-making amongst multiple players, anyone looking to understand complex human actions and behaviors should study it thoroughly.

I write about investing and economics. I am a senior in high school. 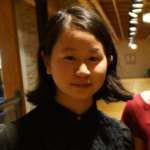 I write about economics and game theory. I am a rising senior in high school.

The Importance of Insurance