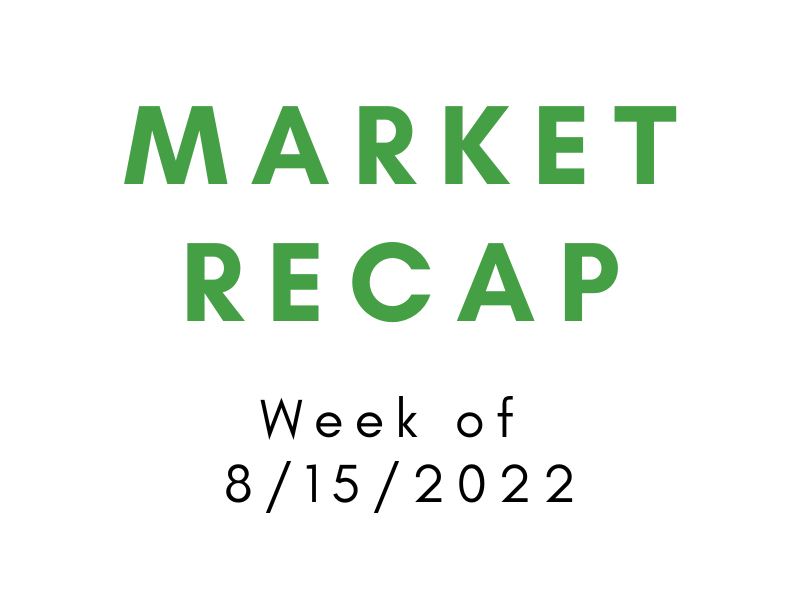 This past week summarized in three short headlines.

After a surprising recovery in the last month, the market was undecided for the majority of this week. However, on Friday, the ongoing feud between investors and the market continued into a loss as the markets turned for the worse. The Nasdaq fell 2.6% on the week, the S&P 500 slid 1.2%, and the Dow didn’t budge. Stocks aren’t the only market that have hit a slump in the past few months.

For the 6th month in a row, the housing market suffered a loss and is now over 20% down from its peak in July of last year. Despite rising inflation, retail didn’t suffer any new losses this month, surprising some investors. Many analysts attribute this to decreasing oil prices encouraging people to drive at higher rates.

Though their investment portfolios might be decreasing, there is a silver lining in the chaos: the US dollar has experienced a significant increase in value over the last few months, now eclipsing the price of the Euro. For Americans traveling during their summer vacations to Europe, that’s fantastic news as it means they can buy more European goods for less US dollars.

Let me set the scene. January 2021. You hear about a group of Reddit traders making a big impact on the market and standing up to larger firms. During this time, the Reddit community known as WallStreetBets forced many heavily shorted stocks into a short squeeze and drastically increased their price.

Among these stocks was the now famous example of Gamestop. In the present, these so-called “meme traders” are back up to their antics. The Bed Bath and Beyond stock experienced a short squeeze this week on the back of the infamous Reddit group. From the beginning of August, the stock peaked at a gain of over 275% and over 400% in early July.

For people not checking Reddit, the momentum the BBBY stock gained over the last month was inexplicable. With below-average earnings, many large institutions were betting for the stock to go down. This was precisely what many investors exploited for ridiculous gains.

At one point during the pandemic, the housing market was so hot that people were offering PS5s for the opportunity to purchase a home. It was 100% a seller’s market as the demand for houses significantly outpaced the supply. Presently, the housing market has continued to decline and most indicators show that buyers have the edge. A lot of this can be attributed to higher home prices due to inflation and more costly mortgages due to the recent changes in Federal Reserve policy.

As a result of people not being able to buy houses, sellers have now been forced to cut prices and reduce their listing prices. Additionally, in the construction market, confidence that houses will sell has been at an all-time low, discouraging builders from planning single-family homes. Robert Dietz of the National Association of Home Builders believes that the housing market, which constitutes 4% of the US GDP, is now in a recession.