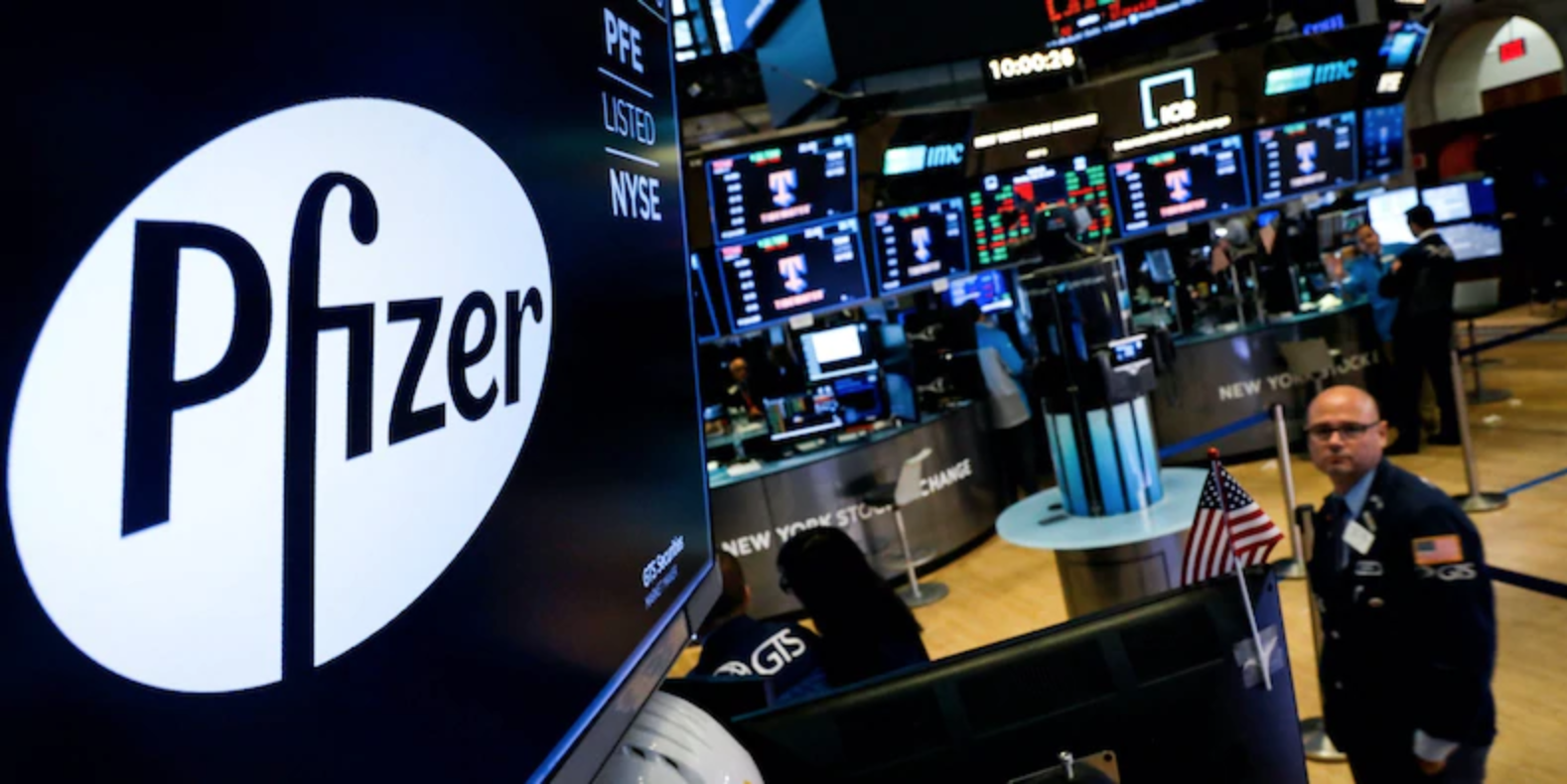 With amazing news announced Monday in the form of Pfizer’s reportedly 90% effective vaccine, markets started off the week very strong. The news from the American biotech company helped sustain the broad rally of the past two weeks, leaving non-tech industries that had been hardest hit by the pandemic, such as banking and oil, as the winners of the week. However, this initial excitement did not last long as pretty much everything began to fall–tech especially.

Broadly speaking, the S&P 500 dropped 0.69% and Nasdaq went down 1.27%, while the Dow Jones decreased by a hardly noticeable margin. Big Tech had a week to forget after a good two-week spell, with Facebook dropping 4.51%, Amazon by 3.14%, Tesla by 7.03%, Microsoft by 3.5%, and Apple by 1.08%. This appears to be a slight pause in the seemingly irrational flood of investors into tech stocks that has been the story of the market for the past few months.

2. Vaccine Hope at the End of the Tunnel

As new-case statistics reach record heights one day after another, it appears that the U.S. is losing whatever semblance of control over the virus it previously had. On Friday, November 13, new coronavirus infections surpassed 180,000 in one day for the first time — awfully fitting for a Friday the 13th horror story. This has left the country with an outrageous 11 million cases. At least there is some good news — in fact, great news: Pfizer has announced that its vaccine currently in production demonstrates 90% effectiveness in preventing the disease.

3. Bill Ackman is Back, Man

Perhaps one of the most famous activists of all-time is back. Why? Well, he’s made yet another big bet (what a surprise). This is a very structurally similar trade to his March trade, which netted him $2.6 billion in profit. This time, the amount he is risking is only 30% as large as his famous trade. In essence, Ackman has bought $8 million worth of insurance in the form of credit default swaps on corporate bonds. This means he’s hedging against the risk that companies default, or fail to pay back, on their debt.

Interestingly, Ackman announced this new move on the day that Pfizer announced its exciting news regarding vaccine progress. He predicts that this news will make Americans less cautious in limiting the spread of the disease, which, in addition to the already out-of-control virus, could send case numbers through the roof for the next few months. As the disease spreads, the economy will likely stagnate and businesses will both shut down and default on their debts, as seen with the new lockdown measures.

The circumstances around this trade differ from his earlier trade in many ways. First of all, as represented by the promising progress on a vaccine, we simply know more about the virus and how to both limit its spread (even though America may not show it) as well as how to treat it more effectively. This makes the situation seem — broadly speaking — slightly more under control. Secondly, at the time of his first trade there had been no government stimulus payments in order to shore up American households and businesses. Now, stimulus bills have been passed by Congress and it seems that more are likely to come. This reduces the risk of credit defaults and thus increases the risk of Ackman’s trade.

A quote from Ackman regarding the trade: “What’s fascinating is the same bet we put on eight months ago is available on the same terms as if there had never been a fire and on the probability that the world is going to be fine.”