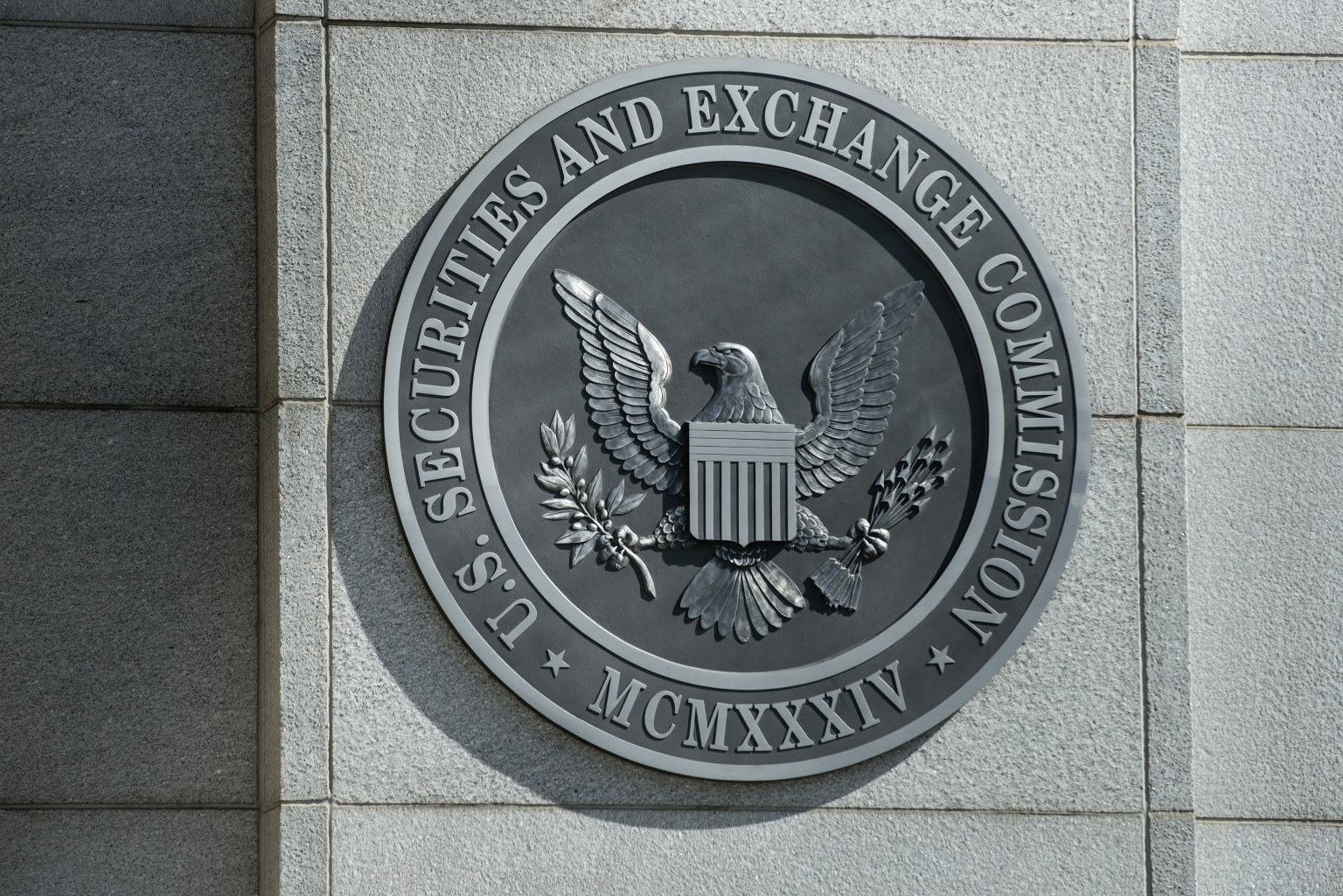 A view of the Securities and Exchange Commission headquarters May 3, 2013 in Washington, DC. AFP PHOTO/Brendan SMIALOWSKI (Photo credit should read BRENDAN SMIALOWSKI/AFP/Getty Images)
Share this:

As much as investing is crucial to our economy, so are the rules which regulate it. History shows that when regulation was misguided or lacking, massive financial and economic crises have happened. The most notable of these crises are the Great Depression and Great Recession. Regulation ultimately prevents misconduct which promotes the excessive risk of failure that is usually placed on less powerful individuals. In this article, I will discuss the historical development of financial regulation in the US.

Before the 1900s, investing was an activity almost completely for the rich. Only the wealthy could find the money to invest and afford the risk of loss. Since it was restricted to so few people, it was also restricted in complexity and regulatory oversight. Most pre-industrial revolution investing was in the form of private joint-stock companies. These are private agreements of shared ownership, and bonds from banks and governments. There was very little regulation as most joint-stock companies were formed with personal business associates and most bonds were issued by reputed institutions. However, as there was little regulation, investing was considered extremely risky to the less wealthy. It is important to note that the early flexibility in investing did fund the developments of factories and railroads in early America. These enterprises were lucrative, but small in comparison to the big business of the 1900s.

The Industrial Revolution in the early 1900s granted a greater disposable income to the middle class. Disposable income refers to the income after an individual pays taxes. As a result, they began investing in stocks and bonds, usually through brokerage firms. This practice grew and grew, causing the 1920s to be known for its booming stock market where more people began putting their money.

Despite the increasing complexity and size, before the abrupt end of the boom, the only meaningful regulation of investing was the Blue Sky Laws. The Blue Sky Laws were a set of state laws that required the issuers of securities to disclose some basic information about their business. The general purpose of these laws was to protect investors from being ripped off due to a lack of information. However, these laws were on a statewide basis and most administrations were dominated by pro-business forces. As a result, the laws were impossible to enforce federally and thus had little effect.

The Great Depression of 1929

The Blue Sky Laws definitely did not prevent the sudden and severe crash of stock prices on October 29th, 1929, which sparked the Great Depression. Before the crash, the prices of securities were vastly inflated. During the “Roaring” 1920s, stock prices rose continually because investors expected them to continue rise, causing the value of the stock market to soar far above their actual value. This phenomenon is called a bubble. Additionally, high-level stock brokers manipulated stock prices in the short run to make off with immense profits and leave the uninformed investors holding the bag. And when expectations turned the other way, naturally the bubble popped, and the prices dropped severely. However, the collapse of the stock market would not have snowballed into the Great Depression if it were not for the banks.

Despite the Federal Reserve being established a decade earlier, banks were not properly regulated. Out of greed, they loaned much of their deposits to regular people to invest in stock markets, more than to commercial ventures, and when all that loaned money in the stock market disappeared overnight, the American public lost faith in the banks and rushed to withdraw money from them. However, since banks did not have enough currency in the vault to repay depositors, many banks went out of business, further ruining consumer expectations.

All this lead to a drying up of credit and loans, which are vital to business investment and consumer spending. The Federal Reserve could have counterbalanced this by pursuing an expansionary monetary policy and pumping money into the economy, but it didn’t. As a result, the economy came to a halt in the 1930s: business laid off workers, which caused a drop in consumer spending, which in turn caused businesses to lay off more workers. At the Great Depression’s peak, or trough, the unemployment rate was 25%, and men all over the nation left for California in search of jobs, where there were none.

Roosevelt (and Hoover to a much smaller extent) tried to mitigate the depression by increasing government spending in the form of public works. Roosevelt’s package of government programs was called the New Deal, and it had a small alleviating effect on the depression, dropping the unemployment rate from 25% to 14%. The real solution, however, was the U.S.’s entry into World War II. This kicked the U.S. economy into overdrive, dropping unemployment down to below 2%. It was essentially an extreme increase in government spending.

The more lasting effect of the New Deal was its reform of the Financial Sector. The Securities Acts of 1933 and 1934 made the disclosure of financial statements, the business managers, and the past performance of a business. It also established the Securities and Exchange Commission (SEC) which mandates the rules of securities markets and is in charge of enforcing regulatory laws concerning securities, which it actually did. The Glass-Steagall Act attempted to prevent bank misconduct and greed by splitting up commercial banking and investment banking and capping the percentage of a bank’s income which can from securities. In addition, it established the Federal Deposit Insurance Corporation (FDIC) which insures banks, preventing future bank-runs.

The regulation following the Great Depression was focused on fixing the banks, which it reasonably did. The establishment of the FDIC resulted in the elimination of the fear of bank runs. Rather future crises, like the Great Recession, were caused by the drying up of loans. In addition, the separation of commercial and investment banking reduced the misconduct of lenders. In the future, predatory loans would be made, not by banks, but by other institutions. The role of the SEC grew gradually. They began actively investigating and regulating financial misconduct. Now, it serves as an important check on the market. These laws formed the first steps of the basic regulatory system of banks. The biggest unaddressed problem was the ever-growing size of the banks.

The Great Recession of 2008

All of this added regulation was controversial after the Great Depression ended. Many believed they reduced the flexibility and thus profitability of the financial markets, which made U.S. investment robust. And so, the Gramm-Leach-Bliley Act repealed the Glass-Steagall Act in 1999. Bankers’ greed was again realized to the detriment of the U.S. economy. In the early 2000s, like the prelude to the Great Depression, banks made risky loans —called subprime loans — to finance home buying which rose based on expectations. However, in this case, banks made the loans, not out of the belief that could collect on them, rather they planned to sell the bundle of risky loans to other financial institutions. These bundles were extremely profitable at first, as the prices of houses continued to rise, meaning defaults still led to profits.

But in 2007, the housing bubble collapsed. Houses that were purchased with massive predatory loans were now worth much less. The people who took out the loans were unable to pay them back. Suddenly, banks were unsure what the value of their loans and securities based on loans was and froze credit. Large financial institutions like Lehman Brothers were forced into bankruptcy, and others merged to survive.

The government tried to take decisive action by bailing out banks. They did so by passing a stimulus package and reducing the interest rate to 0%. Both actions were believed to keep credit and the economy flowing. However, there was still a significant recession and a sluggish, but constant, recovery. Officially the Great Recession of 2008 ended in June 2009.

In 2010, The Obama Administration pushed through the Dodd-Frank Act. This act was a series of regulatory laws targeted toward permanently preventing another housing bubble. It mandated that all transactions of securities be made public. It limited the types of risk banks could take and implemented steps to investigate and, if needed, dissolve large banks. Finally, it created the Consumer Financial Protection Bureau. This organization attempts to stop the type of predatory lending practices and financial misconduct which created the housing bubble. As an aside, the practices which caused the housing bubble and financial crash were new to regulators and investors, so it was unable to be properly managed.

It is still too early to absolutely declare whether these regulations worked. But, there are some general conclusions that have developed. The practice of predatory housing loans have disappeared. But, short-term predatory loaning and car and student loans have replaced it (partially at the fault of the government). And, the CFPB has made significant progress for consumers, but many say it hasn’t taken enough action, especially after the Trump administration took over. Additionally, the Dodd-Frank Act has been called restricting to our traditionally robust financial market. This is troubling because our financial market is a catalyst for American growth and American economic supremacy. Furthermore, small banks were heavily burdened by the law, leading to a partial repeal of Dodd-Frank in 2018.

As the Dodd-Frank Act was partially rolled back in early 2018 and as the new Republican administration has taken a step back from regulation, questions have been posed whether more regulation of the financial market is needed. However, there are doubts that regulation will work. In the financial markets, there is robust innovation directed toward circumventing laws and earning the quick dollar. Therefore good regulation pursues the motives in addition to the methods. When greed and selfishness are curbed or prevented — either by decentralizing the benefits or limiting the returns — reckless actions are deterred into responsible ones.

Nevertheless, proper regulation of the financial sector is critical to everyone. It is in control of the transactions which determine the ability of the economy to flow. When those in control of the financial markets make poor decisions, out of greed or incompetence, there are severe consequences around the world. Both the Great Depression and the Great Recession caused global economic panic. Both crises precipitated from investors making decisions that were profitable in the short-run but placed great risk onto others (moral hazard). Therefore, it is imperative that every investor does what he thinks is most profitable to his firm and the economy in the long-run. The question is whether our government regulation is up to the task.