In March, the London Metal Exchange (LME) suspended electronic trading nickel prices which doubled to over $100,000 per ton. The recent turmoil in the market is due to Russia’s invasion of Ukraine triggering subsequent sanctions from the West.

The LME is a forwards and futures exchange with the largest global market, also offering ferrous precious metals contracts. In 2012, LME was sold to Hong Kong Exchanges and Clearing Limited.

The metal exchange instigated a trading suspension on nickel after prices doubled. This was due to a sudden surge in prices that happened in one trading day alone (Reuters). Also, there was an unusually high volume of sell orders that contributed to the doubling prices (Yahoo Finance). The implication of the event could indicate that something else might be going on. After canceling trades on March 8 and halting, the LME has stated that nickel prices will be restrained to the pre-suspension closing price, give or take 5%. They also limited other contracts such as copper and aluminum as well as other metals. Then, on March 16, a sharp decrease in nickel prices caused another suspension in trading.

Xiang Guangda is a Chinese industrialist and tycoon. He is known as the founder and chairman of Tsingshan Holding Group, a major producer of stainless steel.

A source of the volatile nickel market may have been Tsingshan Holding Group (Reuters). Tsingshan has been betting for a year that nickel prices would fall. However, the Russian-Ukrainian conflict this year affected the supply of nickel and other metals. Thus, the Holding Group started buying more nickel to cushion their short position, which may have affected the sudden price increases.

What Does This Mean

Currently, the nickel market is quite volatile. The Russian invasion has affected the market, and some may blame the LME for protecting metal producers. Investors alike are unsure what comes next., but chaos is inevitable in the market regardless. 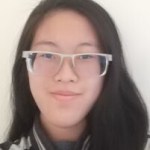