One of the most important reasons to invest and save is retirement. In your lifetime, you’ll need to accumulate enough wealth to continue supporting yourself without income. The paltry sums of social security are just not enough to live off of. One of the most efficient ways to plan ahead for retirement and grow your money is through an IRA, or Individual Retirement Account.

There are two major types of Individual Retirement Accounts: the traditional IRA and the Roth IRA. Depending on your annual income, you’re limited in which IRA you can employ. The maximum eligible income for Roth IRA depends on whether you’re married. A single person — or the head of a household — is qualified as long as their income does not exceed $124,000 (as of 2020). Married couples who file jointly must earn less than $196,000 to qualify for a Roth IRA. Additionally, if as a single person, you earn more than $124,000 but less than $139,000, you qualify for partial contributions to a Roth IRA. We will talk about what that means later on.

In specifics, if you qualify for full contributions to a traditional IRA, you may pay up to $6,000 (in 2020) of your income every year into an account, which will be stored and managed by the bank or financial service company the account is opened with. If you are older than 50, you’ll be able to pay an additional $1,000 in “catch-up contributions.”

The money you put in this account grows by investing. You may choose what to invest in. You may also hand over control to a manager, as with regular money. The benefit of using a traditional IRA, however, is that the holder doesn’t pay capital gains tax on the investment.

Despite the numerous benefits of opening an IRA, it isn’t without its drawbacks. For one, withdrawals from the account are subject to several taxes, depending on the circumstances. In short, when you withdraw from a traditional IRA, you will have to pay income tax. The percentage is obviously equal to your current marginal tax bracket. Additionally, if you choose to withdraw before you reach the age of 59 ½, you will have to pay a 10% penalty, as a penalty for early withdrawal. There are exceptions for which no penalty will be charged the most common are distributions as a result of:

Once you reach the age of 70 ½, the IRS will mandate a required minimum distribution (RMD). This is the value of money which you are required to withdraw from the traditional IRA. If you fail to withdraw the amount, a tax of 50% will be levied. It is therefore important to take your money back. You cannot contribute to the account upon reaching age 70 ½.

Originally developed in response to numerous pre-tax retirement plans, the Roth IRA is the post-tax solution for people who wanted to invest in their retirements without the worry of having to pay taxes at withdrawal. The Roth IRA is essentially the better version of the traditional IRA. You pay no income tax on withdrawals or profits, and there is no RMD. The tradeoff is that the money deposited is not tax deductible, meaning contributions are in post-tax dollars. Roth IRA deposits are contributed post-tax, meaning the money had been taxed initially before deposit. This essentially means the money will not be taxed upon withdrawal after you turn 59 and a half. However, withdrawal before 59 and a half insinuates a 10 percent penalty, with certain exceptions.

Additionally, contributions are capped at the same limit as the traditional IRA. And, the “catch-up contributions” also allow contributions to be $1,000 more. But the phase-out works differently. For traditional IRAs, the amount which is tax-deductible decreases as your income increases when you’re in the range where you qualify for partial deductions. However, for Roth IRAs, the maximum contribution decreases as your income increases: the reason being that Roth IRAs are designed for individuals who assume a higher income tax bracket and overall higher taxes in later stages of their career.

A Roth IRA will be most beneficial for young professionals and low to middle-income earners due to its income restrictions and tax-free policy. The idea of paying taxes initially is much more appealing than to pay them upon withdrawal. This is because tax rates tend to grow over time (ergo, pay fewer taxes now rather than increased taxes later). Charts for this type of phase out can be found on most financial services websites and an equation can be found here.

If the sole beneficiary of the funds is the spouse of the original holder, they may choose to add the complete value of the account to his or her current respective IRA, with no extra fees or taxes. Afterward, the money is regulated according to the rules of the spouse’s IRA.

A life expectancy distributes the money throughout the life of the decedent, while the 5-year account distributes the entire sum as a lump sum on December 31st five years after the original owner dies. If the owner of the account is older than 70 ½ and the account is a traditional IRA, the options are restricted to a life expectancy account. These accounts will follow the rules of regular accounts. This means income tax is applied to withdrawals and there is an RMD if the account is a traditional IRA. However, both methods entitle no early withdrawal penalty.

The specifications within the laws regarding IRAs can be read here.

It is never too early to begin saving for retirement. IRAs provide a great way of storing and growing money over your lifetime. IRAs, like other portfolio tools such as index funds, are incredibly easy to manage and provide an excellent source of passive income after retirement. For anybody looking ahead to save for retirement, an IRA can be a reliable investment to help bring financial success and stability. 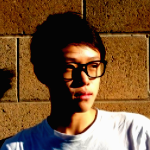 I'm a junior at Amador Valley High School, and I enjoy writing and learning about financial literacy!