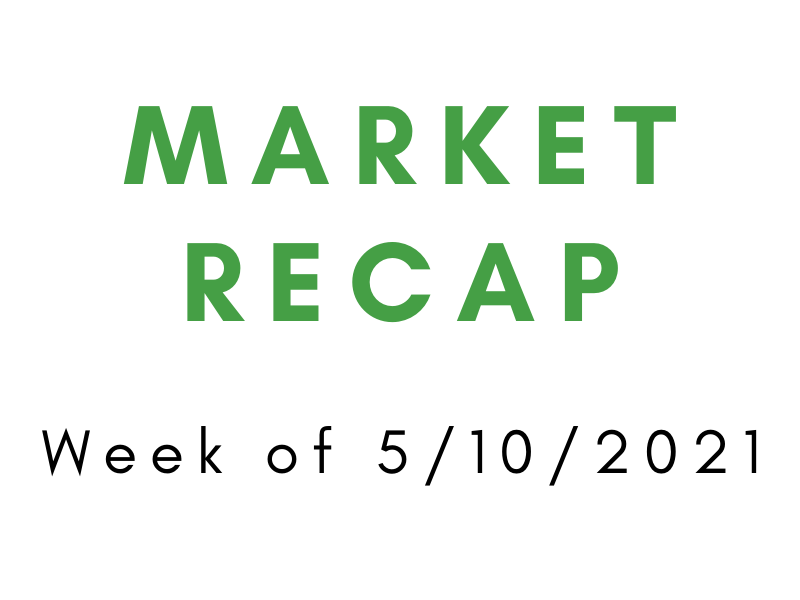 In a seesaw week, investors fell out of love with tech stocks again as fears of inflation rose. The NASDAQ dropped more than 2% on the week while the S&P 500 and Dow both fell more than 1%, primarily due to their tech representation. High-growth stocks, including many tech stocks, have also now been outpaced by the S&P for the fifth week in a row. Benchmarks for growth stocks fell around 2% while their value counterparts slipped around .7%.

Overall, the market hit quite a rough patch this week as volatility was at its highest in two months while big declines plagued investors on the first three trading days. These declines came at the same time as the archnemesis of the bull market — yields — started to rise because of inflationary fears. Yield rates spiked to just under 1.7% this week while the CPI jumped 4.2% in the last year.

With pandemic recovery stimulus prompting consumers to splurge and binge on resources, low supply and high demand has caused prices to increase at a rate unprecedented in the last decade. However, consumer spending isn’t the only catalyst of inflation as retail sales have calmed down last month as the stimulus check effect is fading. Though a rapid rise in demand for goods contributed to inflation, inefficiencies in the manufacturing process for semiconductors, lumber, copper, and other key resources have arisen due to COVID.

With the average weekly cases on a steady decline and vaccinations in the US reaching a significant level (almost 50% of the population has been given one-shot), the CDC relaxed its recommended protocols. Fully vaccinated people, adults, and adolescents alike, now no longer need to wear masks in most situations.

This is great news for families planning on traveling during the summer or participating in camps, sports, and other forms of outdoor, group, activities. The side effects of the vaccine in adolescents were similar to the ones experienced by people aged 16-25, contributing to its energy use authorization on May 10th. It’s no surprise that COVID has strained relationships and restricted social interaction, but many people now hope Pfizer’s vaccine approval for teens means that they can return to their normal life.

If your parents are frantically driving to the gas station to make sure their tanks are full, you are not alone! Hackers introduced a ransomware attack on Colonial Pipelines, a distributor of oil. They demanded 5 million dollars — a small-sized ransom for this type of “economic terrorism”. The result of the attack was oil markets along the East Coast running low on supply, leading many combustion-fuel car owners to frantically fill up their tanks.

One benefactor from this mess was proponents of electric vehicles and sustainable energy sources. Many EV owners, primarily Tesla owners took to Twitter to claim their supremacy. Like Steph Curry in the last month of April scoring at ease, these hackers faced no issue hacking into Colonial Pipeline, worrying many investors, consumers, and business leaders alike. Many companies are liable to attacks like this, and with the ransom paid by Colonial Pipeline, hacking into companies becomes more profitable and appetizing. Another possible concern for US companies could be that the hackers, a group believed to be called DarkSide, were working on behalf of — you guessed it — the Russians.