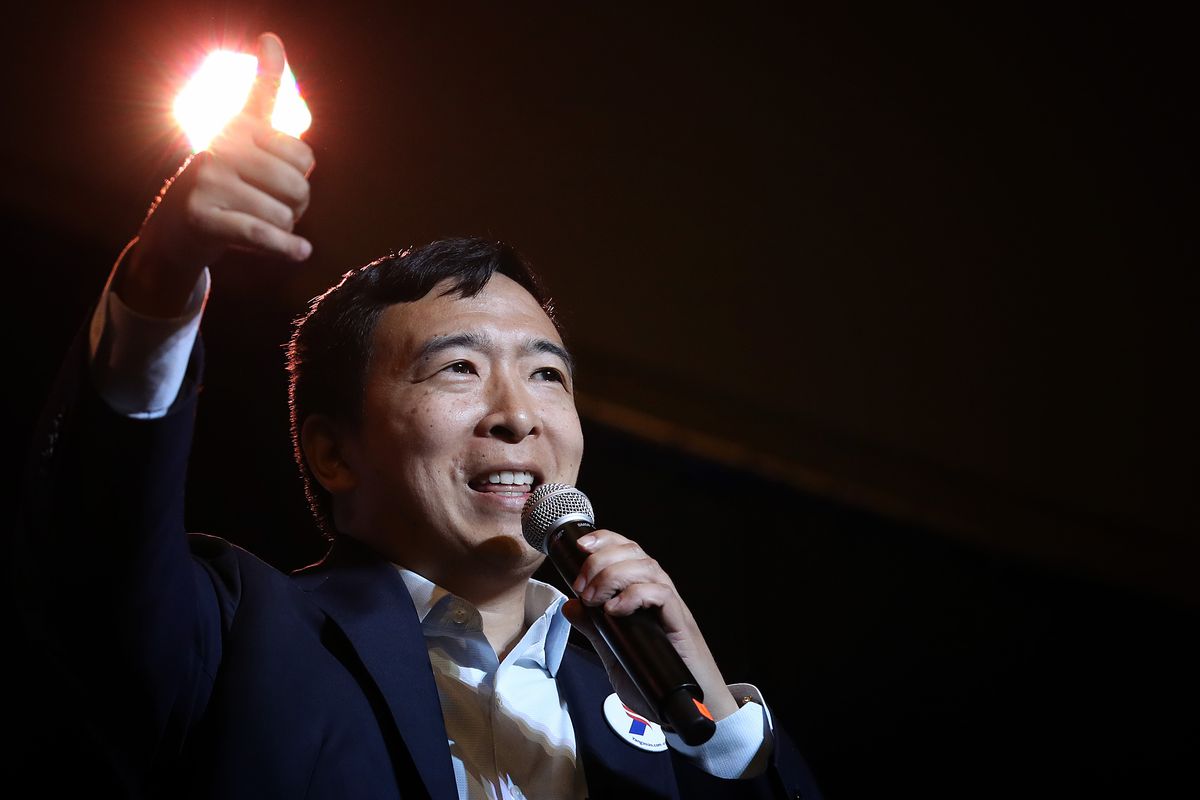 With the 2020 presidential election drawing nearer, we’ve seen more and more democratic candidates launching bids. While less popular than some of his competitors like Joe Biden and Bernie Sanders, Andrew Yang is gaining significant media attention for his strong, often radical views. One proposal he’s made is a Freedom Dividend, a spinoff of universal basic income (UBI).

Yang is an entrepreneur and founder of Venture for America, a nonprofit organization that trains young adults interested in joining startups. He ephemerally entered the world of politics in 2012 when the Obama administration selected him as a “Champion of Change,” and again, in 2015, when he was chosen as a “Presidential Ambassador for Global Entrepreneurship.”

UBI isn’t a new concept. Notable people such as Thomas Paine, Martin Luther King Jr., Richard Nixon, and Elon Musk have all, at some point, advocated for the very same thing. UBI is essentially a form of social welfare because it aids individuals and families in need. The key characteristic lies in the recipients—all citizens over the age of 18 automatically receive $1,000 per month with no prerequisites.

Yang believes America is the midst of a huge technological shift toward automation: something that could prove disastrous for one-third of our working class. It seems certain that automation will replace many white-collar and blue-collar workers. In a way, Yang seems to be buying time for Americans to regain their footing and transition to different jobs under the security of $1,000 per month. In his book The War on Normal People, Yang likens his Freedom Dividend to the conventional practice of a company giving dividends to its shareholders. He argues that, as Americans, we are the owners of this country.

So, how will we pay for the Freedom Dividend? The defining factor of the Freedom Dividend is that the funding will come from a Value-Added Tax (VAT) of 10% as well as a consolidation of current welfare programs. The tax would be placed on a business’s production of goods and services at each stage of the supply chain. The supply chain is the sequence of steps required to build and distribute a product to consumers.

VATs are quite common in other countries, namely European ones. However, the practice has, since the 1960s, spread to over 140 countries all over the world. Often, the implementation of VAT coincides with lower corporate income tax rates because VAT already taxes these businesses.

In 1976, Alaska passed the Alaska Permanent Fund, which dedicated a portion of oil and mineral revenues to paying dividends to Alaskan citizens. As of 2019, its value exceeds $60 billion. All Alaskans—excluding criminals—receive $1,000-$2,000 annually. Citing Alaska as a case study, experts have analyzed the short-term and long-term effects of the fund. Interestingly enough, the trend has seen men work longer hours and women work shorter hours to spend more family time. Furthermore, children are less likely to suffer from obesity in their lifetime, and, while poverty-related crime decreases by 8%, substance-abuse crime increases by 10%.

However, remember the context of these effects: all are documented only once a year after the dividends are paid. Thus, the overall impact is marginal because the statistics didn’t change very much over a long period. One can assume the same marginal impacts may translate over to Yang’s proposal.

The New Jersey Graduated Work Incentive Experiment studied the short-term effects of guaranteed cash payments to extremely poor families. To be eligible to participate in the experiment, a family had to have an income of less than or equal to 150% of the poverty line. Most impacts were negligible, except that people upgraded their living conditions and perceived their well-being as enhanced. Similarly, an experiment from Finland found that regular tax-exempt incomes reduced stress, boosting mental health. Nevertheless, it’s important to keep in mind the limitations of the examples mentioned above. They were short-term, involved small sample sizes, and targeted civilians below the poverty line.

The most common argument against UBI lies in its universal guarantee to people of all socioeconomic statuses. While it may seem counterintuitive to offer more money to the already rich, Yang believes that UBI eliminates the stigma for accepting cash transfer from the government, which he deems an invaluable benefit. In the past, society has often judged individuals and families that receive regular benefits from the government, regardless of their conditions or ability to work. Furthermore, the proposed funding from VAT would mean that wealthy individuals pay more into the system than they get out. Since they generally consume more, they would be greater impacted by a consumption tax like VAT. A consumption tax encompasses all taxes levied on goods and services.

Another common criticism of UBI is that it would cause inflation because of increased purchasing power amongst the people. Purchasing power refers to the amount of goods and services a consumer can buy. This would equate to higher demand and higher prices because suppliers see that the consumers can spend an extra $1,000. Yang refutes this by saying that the Freedom Dividend uses money already in the economy from VAT rather than printing more money. Since inflation is based on changes in the supply of money, no such inflation would occur.

Lastly, you may wonder, why can’t we just try implementing it? For one, it could strip funds from other forms of social welfare. That would drain the government’s time and resources while serving as an insufficient substitute.

UBI is just one of the many ideas candidates proposed in the 2020 election. Learning more about these new proposals will give you a better understanding of the established economic logic behind them. While the idea behind UBI is age-old, long-term implementation has yet to happen.