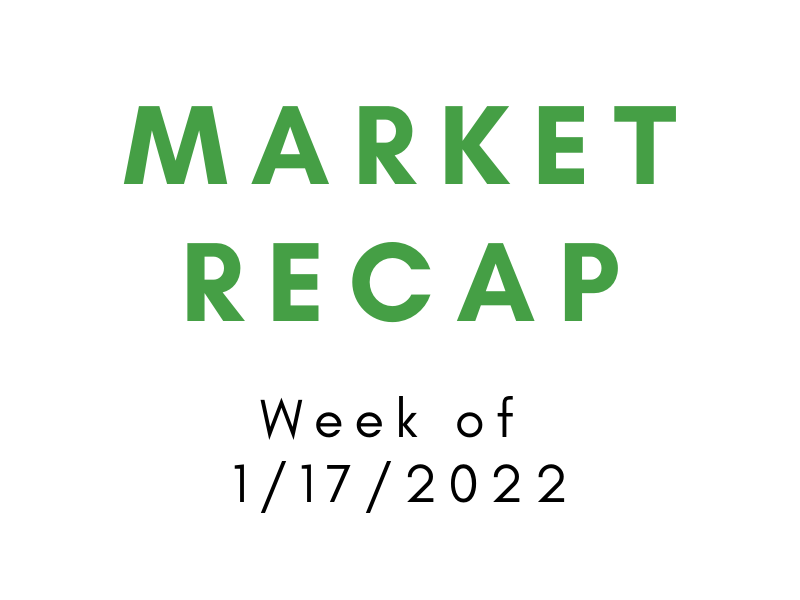 The New Year has been anything but kind to investors, as the market has descended steeper this latest week. It seems like instead of moving forward in time, investors have revisited the past as the losses this week were the worst since March 2020 —the very beginning of the pandemic. The Nasdaq dropped 8%, the S&P 500 6%, and the Dow Jones gave up 5% on the week. All these losses came from a variety of reasons from rising interest rates and conflict in Ukraine.

The market this week was incredibly volatile, like Antonio Brown, as it looks like it’s recovering only to disappoint once more. The volatility index was the highest it’s been since Omicron started spreading. However, the stock market wasn’t the only thing to experience significant losses this week. Bitcoin, which was over $67,000 as recently as November, dropped 10% and ended under $40,000. The upcoming Federal Reserve meeting on Wednesday could show their intentions regarding tightening monetary policy to prevent inflation. Expect this news to mean big things for the market.

2. Russia vs. Ukraine: What It Could Mean?

Additionally, in the Black Sea Region (around Ukraine), the disruption in the flow of grains and corn might cause food inflation for the entire world. If tensions turn into conflict, the energy markets are sure to be affected as Russia supplies 35% of Europe its energy, and many oil pipelines are in the path of potential destruction. Energy shortages and supply instability would lead to widespread volatility in the market for European countries and by extension, the entire world.

We’re way past Halloween but investors are spooked by cryptocurrency. The general cryptocurrency market is known to undergo cycles of correction, but the latest one has investors questioning if the risk is worth the reward of investing in crypto. The entire crypto market has lost over $1 trillion in value in the past few months, and Bitcoin continues to decline.

In other news, Microsoft bought Activision Blizzard, the gaming company many people know that created the successful Call of Duty series. This brings Microsoft even more intertwined in the gaming scene as it already created Microsoft, and now owns several big-name titles including Candy Crush and the aforementioned COD.

On another note, Sultan Gustaf Al Ghozali, a 22-year-old Indonesian university student, sold 1000 NFTs of himself for around $900k. The market craze behind NFTs has only grown since they’ve become mainstream and their applications are being made up by the second. Some musicians have even started releasing merchandise through NFTs and bringing their experience directly to the user.

In the last few weeks, the market has dropped significantly with the NASDAQ dropping 8% in the last 5 trading days. With Russia’s invasion of Ukraine looking more and more likely, the potential repercussions on the global economy could be serious. Investors and companies have been doing a lot in the past week, so read on to learn more.