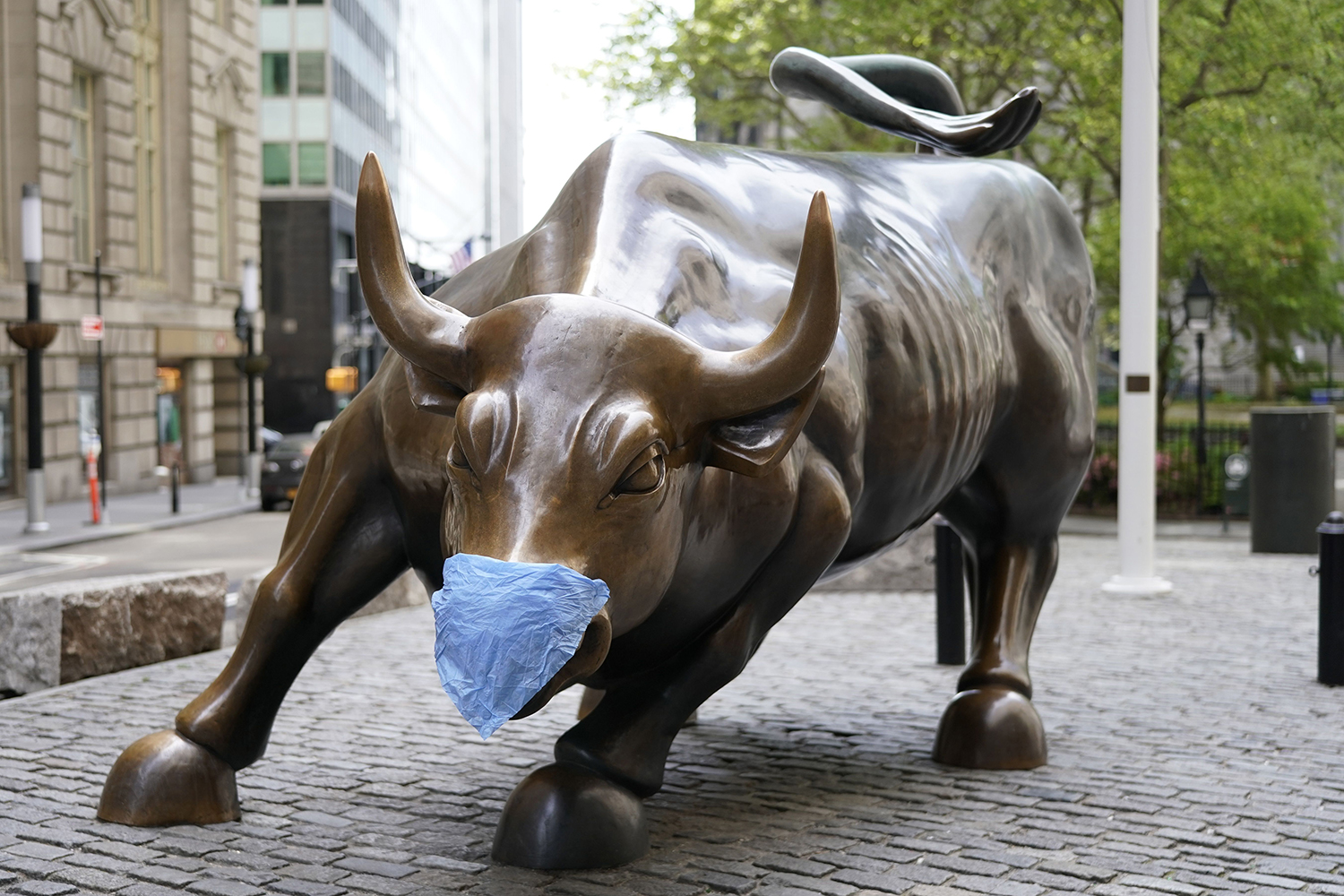 The Charging Bull on Wall Street is decked out with a facemask in New York City on May 19. TIMOTHY A. CLARY/AFP via Getty Images
Share this:

As 2020 unwinds, the markets have continued to embody some of the year’s trends: ups and downs in the S&P 500 and Dow Jones resulted in a rise of 0.37% and fall of 0.29%, respectively, while Nasdaq gained 1.84% in yet another good week for tech. The approach to the holiday season has not caused news to slow down, whether it’s updates on COVID-19 vaccine deployment, reports of a major U.S. cybersecurity breach, or a long-anticipated breakthrough on additional federal aid.

Case numbers have continued to rise and the U.S. is now at the 250,000 per day mark, with California leading the charge. States have been making moves to restrict the spread of the virus, reducing mobility and leisure activities such as indoor and, in some states, outdoor dining.

In the federal government’s efforts to distribute the vaccine as quickly as possible, it has encountered logistical errors that are not entirely unexpected of such a complex and demanding operation. Certain states did not receive the amount of the vaccine that they had anticipated, with this discrepancy making it a lot harder for them to organize their rollout. The leader of the operation has remained assured that the government will distribute 20 million doses of the vaccine by the end of December/early January.

In the form of the first federal virus aid bill since late March, the members of Congress seem to have finally reached a compromise after months of bickering. The legislation, set to pass on Sunday, December 20, combines a $900 billion COVID-19 relief package with a standard government spending bill of $1.4 trillion for Covid-unrelated things such as education, infrastructure, and health services. The relief funds, representing the second-largest economic stimulus in American history, will go toward 10-week $300 per week bonus unemployment benefits and a stimulus payment of $600 directly to individuals. Notably, this bill does not include any substantial aid for state and local governments.

The final stages of the deal had been held up over disputes between the two parties regarding powers of the Federal Reserve: specifically, whether it should be allowed to continue to use its emergency lending programs, which enabled it to support small businesses and state and local governments. It appears that the program is set to be renewed. We will see how financial markets react to this economically-positive news when the markets open on Monday.