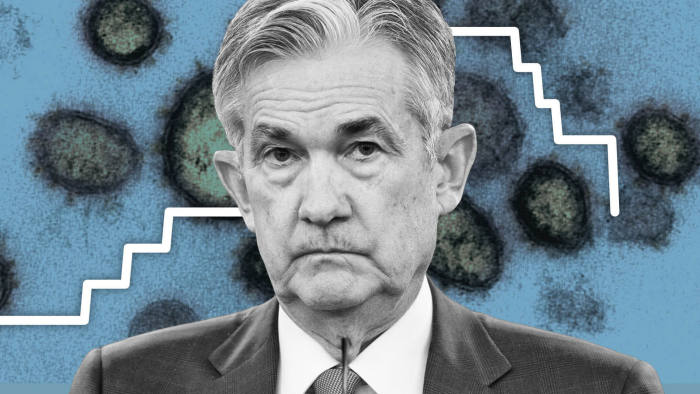 The coronavirus originated in Wuhan, China at the end of 2019 and has since ravaged economies and countries around the world. In response to this novel threat, the Federal Reserve has taken steps to try and stabilize the US economy. In total, the Fed has spent upwards of $2.3 trillion in aggressive policy actions to limit the damage from the pandemic. These policy actions include lowering interest rates to near-zero, buying large amounts of securities, supporting financial markets, encouraging banks to lend, and aiding corporations and small businesses.

On March 15, the Federal Reserve cut the Federal Funds Rate by about 1.5 percentage points bringing it down to 0-0.25. This rate determines how much banks pay to borrow from each other and has enormous significance on other short and long term loans, such as mortgages, loans, and savings. Through its position as the central interest rate of the US financial market, cutting the Federal Funds Rate is meant to lower the cost of borrowing but has the adverse effect of reducing interest income, the money paid by one in exchange for the use of another’s funds, on savings accounts.

Around the same time, the Fed also embarked on a new round of Quantitative Easing (QE), a term used to describe a central bank buying large scale assets, in the form of long-term securities and government bonds. On March 15, the Fed said that it would buy “at least $500 billion in Treasury securities and $200 billion in government-guaranteed mortgage-backed securities over the coming months.” Due to this commitment, market function improved in the months of April and May as the market had more confidence and liquidity, the ease with which an asset can be bought or sold at as close to its last price for cash.

The Fed also re-established the Primary Dealer Credit Facility (PDCF), which they initially created during the global financial crisis in 2008. It will give out low-interest loans to primary dealers, firms that have been approved to buy and sell a national government’s securities, in exchange for equities and securities. This move is meant to keep credit markets, markets where corporations or governments sell debt to investors, functioning and encourage investors to participate in the market.

Similarly, the Fed relaunched the Money Market Mutual Fund Liquidity Facility (MMLF), another facility from the last economic crisis. This facility lends to banks that purchase from prime money market funds. These funds invest in Treasury securities and commercial paper, which is short-term debt that firms issue to finance their short-term liabilities, causing the prime money market funds to have high liquidity and low risk. Investors pulled out of these funds, forcing the funds to attempt to sell their securities but they were unable to in the disruptive markets.

The Fed says that by rewarding banks that buy from these funds, the MMLF “will assist money market funds in meeting demands for redemptions by households and other investors, enhancing overall market functioning and credit provision to the broader economy.” In simple terms, as banks buy assets from these funds, these funds will pay back those who invested in them, allowing the market to function better.

Along with this, in order to encourage banks to lend more money, the Fed has lowered the interest rate for banks taking out loans during the discount window by 1.5 percentage points, bringing the rate down to 0.25. While this move seems risky for the Fed, banks must provide collateral, assets given by borrowers to lenders as security, when taking out loans in the form of securities, equities, etc, reducing the overall risk. The cash that banks get from these loans allows them to continue functioning and therefore continue lending. Additionally, the Fed is encouraging banks to spend their regulatory capital and liquidity buffers to increase lending. Banks must have these pools of capital to prevent a future bailout. Banks also put this capital to use during a downturn such as this to stimulate lending.

In addition to supporting banks, the Fed has taken actions to support corporations. It has established the Primary Market Corporate Credit Facility (PMCCF) and the Secondary Market Corporate Credit Facility (SMCCF). These facilities allow the Fed to directly lend to corporations, but corporations cannot pay dividends or buy back stocks from the money they receive from the Fed. The Fed states that these facilities will “allow companies access to credit so that they are better able to maintain business operations and capacity during the period of dislocations related to the pandemic.”

Another facility, the Commercial Paper Funding Facility (CPFF), will allow the Fed to buy commercial paper from corporations. The goal of this facility is to “encourage investors to once again engage in term lending in the commercial paper market” which will “enhance the ability of businesses to maintain employment and investment as the nation deals with the coronavirus outbreak.”

Along with corporations, the Fed has taken actions to help small companies and businesses through this crisis. Its Main Street Lending Program, launched on April 9, will lend up to $600 billion in five-year loans to companies too large for the Paycheck Protection Program (PPP) and too small for the PMCCF and SMCCF. Similar to the restrictions on corporations, small companies who take out loans cannot use that money to buy back stocks or compensate executives. Additionally, the Paycheck Protection Program Liquidity Facility, a facility that supports small businesses using the PPP, will allow banks who give out PPP loans to borrow from this facility with those PPP loans as collateral.

The Fed’s major role in the Coronavirus crisis is to mitigate the damage caused by the restrictions set by local, state, and federal governments to combat the spread of COVID-19. Its actions, policies, and facilities are there to ensure that households, businesses, and corporations can continue functioning during this time and the financial market can remain stable. Additionally, the Federal Reserve expects that through its actions, the economy can grow once again as the crisis eases. Looking forward, until the country recovers, the Fed will likely continue to maintain its extraordinary measures to prevent a large-scale economic catastrophe. 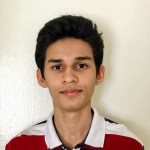