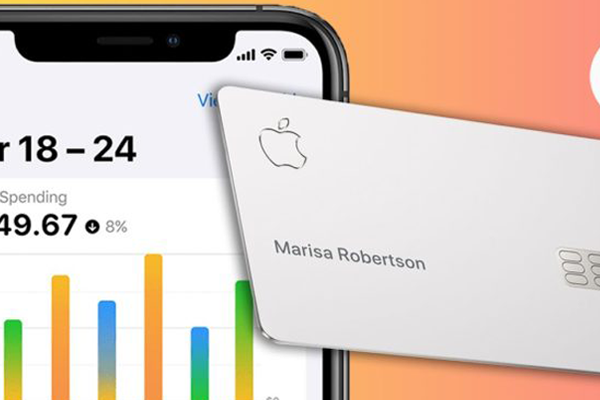 The introduction of the Passbook app to iOS in 2012 marked the start of a new movement for Apple. Later, when Apple Pay came to the iPhone in 2014, it showcased Apple’s vision for the future: quick, secure, and effortless payments.

However, Apple Pay wasn’t without its downsides. At launch, only a handful of retailers accepted it. Additionally, many people were hesitant to try out the new technology when they could simply swipe their traditional credit card.

At the time, competitors such as Square took advantage of this, prioritizing physical credit cards rather than moving towards mobile payments. Square has since updated their product line to include support for mobile payments. With the introduction of chip cards to the U.S, the time at most locations for processing began to increase.

Apple Pay proved to be much faster and was spreading to more and more stores. Other companies such as Samsung and Google rolled out their own payment services to compete with Apple, ultimately pushing the mobile payments industry forward and benefiting us all.

Currently, mobile payment compliance only continues to increase. Some gas stations, such as Shell, have implemented mobile payments. Even with this ever-growing support for mobile payments, there is still a substantial portion of businesses that do not accept them.

A large amount of mom and pop businesses and smaller establishments have not updated their systems. Devices such as parking meters also still remain mostly dominated by credit cards. For these use cases, Apple has introduced its own physical credit card. It is promised to be more secure and simpler to manage than other competing cards. Apple is using Goldman-Sachs as the issuing bank and the MasterCard network.

The card itself is evident of classic Apple design. You know, the whole “milled from a single piece of titanium” with “chamfered edges”. Looking past the marketing, Apple’s card actually has some useful features. For one, all the payment history, balance, and other data are integrated into the Apple Pay app. This allows for a consolidation of both the mobile and physical card in one place. Compared to other credit cards, the Apple Card offers some unique benefits. From the information provided at Apple’s March 25th “It’s Show Time” event, there won’t be any late fees for interest (you will continue to pay the same interest rate but your credit score will be impacted).

Additionally, there will also be varying degrees of daily cash back: 2% for using Apple Pay and 1% for using the physical card. Most other cards offer at least 2% daily cash back, so it seems like users of Apple’s card will be missing out. If you are unfamiliar with cash back, it simply signifies that the cardholder gets paid a certain percentage of their credit card spending, in this case daily.

Also, some cards partner with specific merchants to give the cardholder an increased percentage or extra benefits if they purchase something at a particular retailer. With Apple’s card, it should be easier for the cash back to be managed, as a separate virtual “cash” card will be integrated into the app. Perhaps the best features of the Apple Card have to do with security. On the physical card, there is no number present. All the card data is placed within the app, with on-device encryption and a constantly changing virtual card number. Also, every time you pay with the physical card, biometric authentication is required, whether that be Face or Touch ID.

As of now, the Apple Card is a compelling look of what’s to come in the future. But, it still has some issues that will hold it back from completely revolutionizing the payments industry. For Apple, reaching their goal of a seamless payment system will take many iterations. The Apple Card is one of many to come.