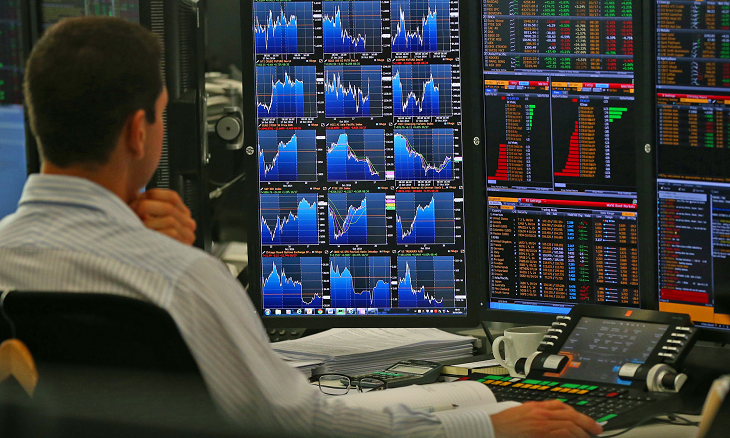 On May 6, 2010, the Dow Jones cascaded into a nine percent plunge. Down nearly 1000 points, the markets were in an absolute frenzy. Blue chips with solid fundamentals and no surprises in the news were shocked with losses as high as 40%, in just 30 minutes. Then, equities climbed right back up as fast as they had dropped half an hour before. NYSE officials and SEC regulators were scrambling to understand what had happened, traders were in a panic, and spectators came up with various theories that would explain the event.

That day marked the beginning of what the markets would come to know as high-frequency trading (HFT). It became clear that the stock market was changed forever, ruled now by the machines, by algorithms, not by the retail investor. This new era of technological change within the markets is just the beginning of the future of a market structure defined by HFT.

High-frequency trading is precisely defined in its name. High volumes of orders are placed for various equities in the stock market. Computers, algorithms, and various programs are used to place, cancel, and fill orders for stocks, bonds, and treasuries in fractions of fractions of a second. Proprietary traders at investment banks, as well as hedge funds, tend to use high-frequency trading the most, having access to the fastest computers and brightest technical minds in the industry.

High-frequency trading truly began to cement itself in the late 2000s, largely pioneered by the hedge fund Renaissance Technologies. Led by James Simons, a widely honored and praised mathematician, Renaissance employed quants, or quantitative researchers, with backgrounds in math, physics, and engineering. These master’s degree-holders and Ph.D.s would help change the markets forever.

Although it was attempted to make the stock markets computerized and automated by the early 1980s, it was largely difficult to institute high-frequency trading and successful algorithms due to a lack of knowledge in the field, and a lack of computing power to institute the trades. Actual electronic trading was not even available until the 1990s.

Growth and Profits of HFT

Recent estimates have stated that algorithmic trading currently comprises up to 70% of the entire trading volume in the stock market. This number may seem very surprising to some, but if one looks at the volume within the market over the last few decades, it’s clear that the volume growth is not from retail investors. Electronic trading has made access to the stock market easy for all who want to invest or trade, but the number of retail investors has not grown this much in the past four decades. The rise of algorithmic, high-frequency trading, has propelled volume growth.

Given that robots are able to generate profits for firms, it is clear why they would want to employ high-frequency trading strategies. Computer programs can recognize arbitrage within the markets — that is, small difference in the prices of stocks that exist within incredibly small periods of time.

The Flash Crash and Market Manipulation

When the retail investor realizes that there are many traders on Wall Street generating profits by simply using a powerful computer, they may become frustrated with the system. Throughout the past couple of years, many of these complaints have been justified. As described earlier, the Flash Crash of 2010 was a cause for anger towards HFT and electronic high-speed trading.

The Dow Jones dropped nearly 1000 points, or nearly 10%, in a matter of minutes. The reason? Market manipulation through the use of an illegal technique called spoofing. As Bob Byrne explains, a spoofer “is simply trying to create the illusion of extreme supply or demand [through the use of spoofing]. As the fake supply pushes prices lower, the participant can bid into the weakness, completely cancel all his fake orders, and sell his recently acquired inventory into the price rebound.” In effect, the individual involved in spoofing sells his stock at a premium.

Many individuals participated in this elicit tactic. Then, it went wrong. Billions of dollars were spoofed, eventually causing the Dow Jones to plummet. These were largely attributed to one futures trader located in the United Kingdom. He was charged by multiple authorities for illegal market practices. More importantly, however, was the use of the algorithms that allowed for spoofing, and as a result the Flash Crash. It was highly technical algorithms and HFT methods that allowed traders to do these fake trades. For all we know, these tactics are still being used today.

HFT deserves criticism in many aspects. Continued proof of market manipulation due to HFT has remained prevalent. In January of 2019, Singapore had a $41 billion flash crash. This was likely due to market manipulation practices on a blue-chip conglomerate stock. The result was bulge bracket banks blaming each other for the mess. Last year, silver futures contracts had a 10+% flash crash overnight. These types of occurrences should never happen, in the midst of no panics or harsh news. The reality is that with the rise of technology in the markets, more and more flash crashes have occurred.

The perception of high-frequency trading is very poor, especially in the media and to the outside observer of the stock market. In many cases, these issues with HFT are rightfully justified. However, high-frequency trading has truly helped the average retail investor in many ways. The main benefit that algorithmic trading has provided is a decrease in the bid-ask spread.

When somebody wants to buy a stock, they cannot simply buy the stock at the ticker symbol’s price. The seller has to be willing to sell the stock for the ask price. This is the lowest price they’d be willing to sell the stock they own for. Similarly, the buyer has to be willing to buy the stock for the bid price. This is the highest price that the buyer is willing to pay for a stock. It is lower than the asking price simply because of the “buy low, sell high” dynamic of markets. In order to make a trade, either the sellers must lower their ask prices or the buyers must raise their bid prices.

In the past, the bid-ask spread used to be much higher than it is now. High bid-ask spreads made it difficult to make trades quickly. What HFT has done to correct this problem is added massive liquidity to the markets. This caused the Bid-Ask spread to decrease from 0.17% in 1994 to 0.025% in 2004. This is incredibly significant and occurred in only one decade due to the rise of technology and HFT. Higher volumes lead to more accurate prices and more easily-fillable orders. The retail investor benefits from this, not having to pay such a high premium. 0.17% is quite a large percentage of a stock price in a short period of time.

High-frequency trading is a relatively new phenomenon. It is also widely unknown. The only people that actually understand HFT are the ones that utilize it. Additionally, government regulators seem to slow to catch on to emerging technological trends in the stock market. For this reason, SEC regulators should continue to learn more about algorithmic trading and its potential downfalls. Just nine years ago, we saw what potential destruction HFT could bring to the markets. Human authority and reason must remain above automated systems.

As computers continue to get more powerful, and with the emerging technology associated with quantum computing, trading could become even more interesting. It is important that such practices are used responsibly. Firms have access to great technologies, which can be just as easily misused as they can be used to develop the markets for everyone.