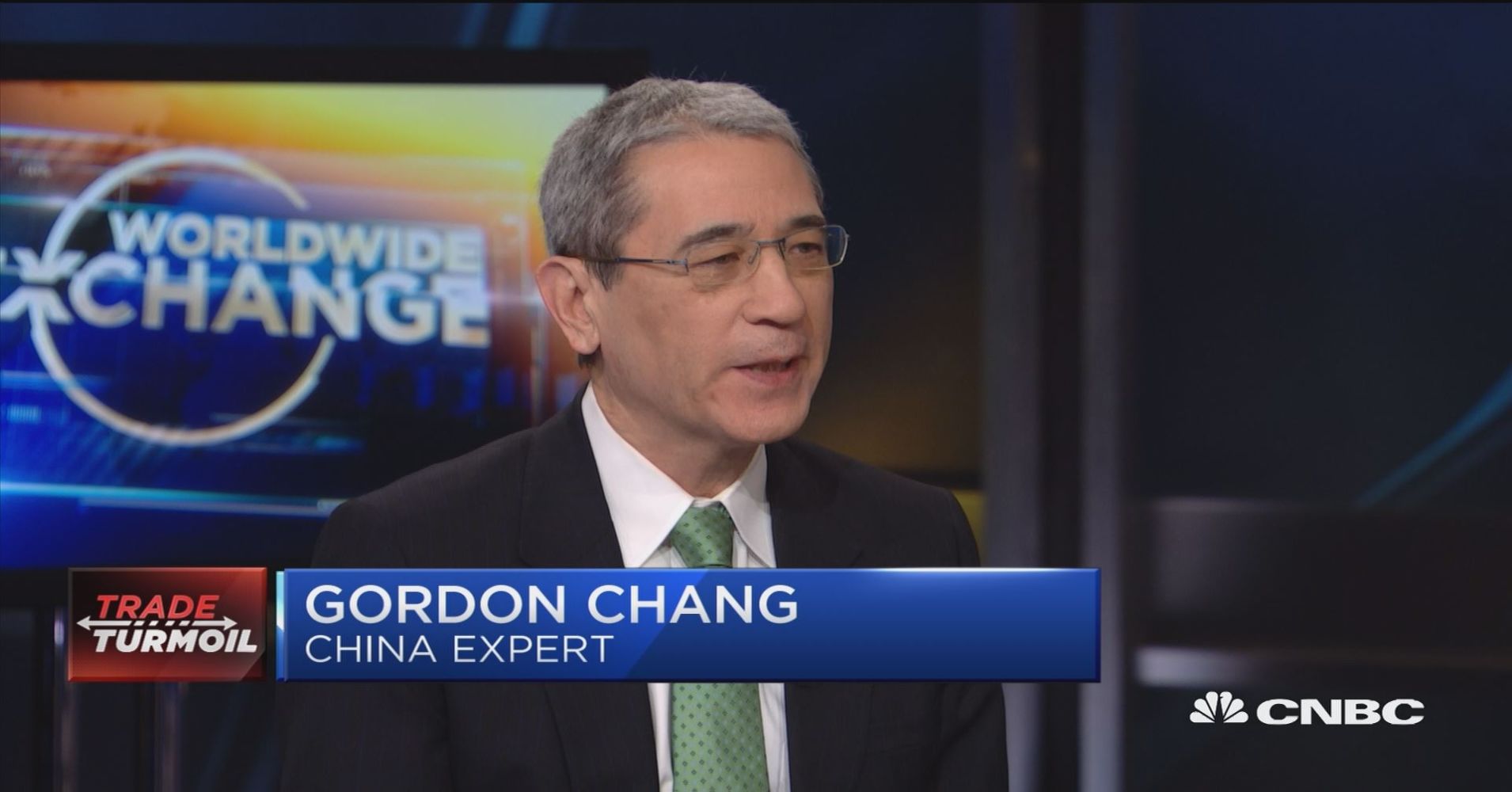 As a Chinese-American columnist, blogger, commentator, author, and lawyer, Gordon Chang has used his influence to spread his views on the state of global economics. He’s best known for his controversial beliefs about China’s complex balance of a communist government with capitalistic policies.

Born in New Jersey, Gordon Chang attended Cornell University and graduated from Cornell Law School in 1976. He spent the majority of his adulthood traveling back in forth between America and China, working as a journalist, pundit, writer, and lawyer. His works have been published in The New York Times, The Wall Street Journal, The National Interest, and more. He’s been a guest speaker at several Ivy League universities, The Heritage Foundation, the Cato Institute, and many other organizations. Furthermore, he has made appearances on CNN, Fox News and Business Channels, CNBC, MSNBC, PBS, the BBC, and Bloomberg Television. Evidently, many people are willing to hear what he has to say.

Chang has publicly predicted—once in 2012 and again in 2016—the collapse of communism in China. He witnessed the discontent brewing among Chinese citizens and, in Marxist fashion, strongly believed a revolution was imminent. In 2001, Chang authored The Coming Collapse of China. In it, he detailed several reasons why all of the country’s problems stem from its communist system. He pointed out an apparent dot-com bubble steadily forming due to an overall slowdown in economic growth, corruption within the party, and uncontrolled distribution of loans to questionable clients. A dot-com bubble usually refers to a period of rapid growth in the technology sector followed by a sudden collapse. Check out this video for insights from someone who was extremely involved in tech during the dot-com bubble of the 90s.

Making a statement as bold as the downfall of China requires quite a bit of logic and analysis. He cites reasons such as inflation, which is an increase in the prices of goods and services, less Foreign Direct Investment (FDI), which refers to investment made by a business located in a foreign country, slowing retail sales, and a decline in population growth.

First off, he suggests that China’s inflation is significantly more drastic than China acknowledges. He says this because the M2 money supply, which refers to money in the traditional sense, short-term deposits, and certain funds, has risen by 26% in the span of one year (2010).  If inflation is too high, then the prices of goods and services become too expensive, which discourages people from buying.

Moreover, looking back at the period of Deng Xiaoping’s administration, China had opened itself up to foreign investment opportunities. Chang argues that China’s current situation mirrors that of Japan, in which foreign economic involvement hindered the domestic economy. That resulted in a sudden increase in labor costs and wages, in part from the aforementioned decline in population growth.

Furthermore, with declining population growth comes less domestic consumption, or buying and selling of goods and services within a country. This happens because there are fewer people, which means less overall buying and selling. This leads to unsold inventory and, thus, more supply than demand. This cycle of supply and demand has the potential to seriously inhibit China’s economic growth. In addition, FDI seems to be dropping throughout China. Consequently, China has had to rely increasingly on its exports sales. That puts itself in a vulnerable spot if the global economy takes a hit.

Lastly, Former Premier Wen Jiabao forecasted a decrease in GDP, which stands for gross domestic product, from 8.5% to 7%. Chang warns that any dip below 8% would result in a shortage of funding for the still-developing country’s ambitious projects. GDP is one of the most, if not the most, common metric for economic growth. It refers to the total value of the goods and services produced in a specific period of time.

The root of China’s core economic issues lies in its one-party system, Chang claims. Discontent from the middle and working classes alike has translated to a rise in the frequency and intensity of street protests. One key concern is that elite politicians have acquired too much wealth, while the ordinary citizen remains unable to pay for basic needs.

Finally, Chang points out that China has lent out money to state-owned enterprises at an alarming rate. The main lenders are The Big Four of China: Industrial and Commercial Bank of China, Bank of China, China Construction Bank, and Agricultural Bank of China. These banks are the largest in China, hence giving them the name “The Big Four”. Freely lending out money to unreliable and uncreditworthy people runs the risk of creating defaults. Defaults occur when the person who received the loan isn’t able to pay it back. That ultimately amasses to a substantial amount of debt.

So what does this spell out for China? And how does this impact the world? However dramatic, Chang sticks to his belief that China will collapse under the weight of all of its issues. Yet, given the nature of the relationship that China has with its trading partners, namely the US, a collapse should not have a fatal impact on the world. Since China exports to the US more than the US exports to China, Chang maintains that China is much more dependent on the US. If China was to fall, the US would just turn to another country for trade. Chang proposed Taiwan, a long-established ally of the US.

Unsurprisingly, Chang’s bold predictions have sparked considerable controversy and criticism, especially when China didn’t collapse in 2012 or 2016. For instance, Shen Dingli, director dean of the Institute of International Studies at Fudan University, refutes Chang’s claim that China’s slowing economy serves as foreshadowing. Dingli reasons that if the US can turn to other trading partners, so can China.

On the Trade War

Chang upholds his belief that the US holds all the cards in the trade war. Since the US runs a trade deficit, China is the dependent player. A trade deficit occurs when imports exceed exports and more domestic currency leaves than foreign currency enters. He maintains that once we choose to not import, China loses.

Regardless of whether Chang’s claims are correct, his analysis of China’s economy provides valuable insight into the country’s unique economic circumstances. For more information, I’d recommend taking a look at The Coming Collapse of China or some of his newspaper publications.