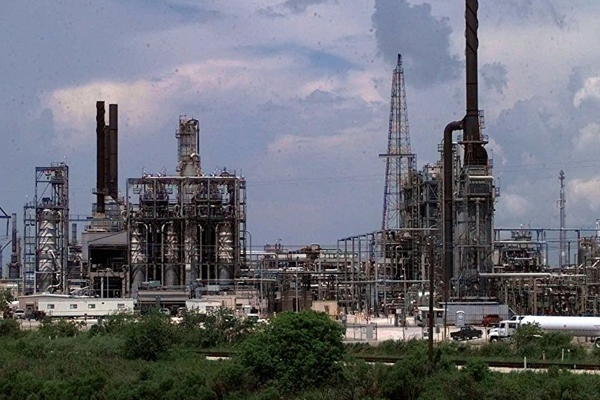 Oil prices reached a two year high Monday in the midst of Hurricane Harvey. The hurricane has been evaluated as the most severe storm to reach the United States since Hurricane Wilma in 2005. The Texas Gulf Coast, the seemingly most affected area by this storm is home to numerous oil refineries. The state of Texas is collectively responsible for producing 3.5 million barrels of crude oil per day, making the region a world leader in the production of crude.

In the past days, multiple oil refineries have temporarily shut down in preparation of Hurricane Harvey’s landfall. Among these is Citgo Petroleum, a Corpus Christi based petroleum refinery which temporarily closed its doors this past Thursday. Citgo had been regularly producing 175,000 barrels per day. Motiva Petroleum, which is the largest oil refinery in Port Arthur, Texas, producing 600,000 barrels per day, also closed business on Wednesday.

Morningstar analyst Sandy Fielden estimates that eleven Houston, Beaumont, and Port Arthur refineries, with a combined production of 1.3 million barrels per day, are at risk of closure in the near future.

U.S. Crude Oil futures closed at $46.44 today, down 13 cents from yesterday’s close. Gasoline prices spiked at a yearly high Tuesday at $2.399, a recent high. It is predictable that prices will continue to rise in the following days and later begin to settle out again.

The American Petroleum Institute, states that in the past week, there has been a 5.8 million barrel decrease in crude supplies, and a 476,000 barrel rise in gasoline stocks.