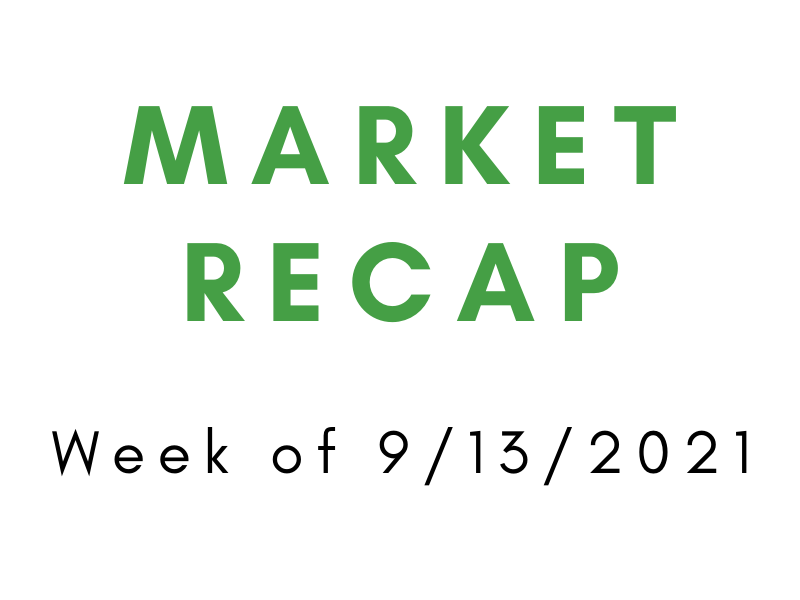 1. This Year’s September Is No Different

Historically, September has always been a down month in the market as most years see a decline. This year is no different as for the second September week-in-a-row, the market is down. In a choppy week of trading, all three indexes lost marginally and now threatens this year’s streak of seven straight green months. This usually occurs because many investors are cashing out their summer gains and transforming their portfolios.

The inflation results of August show peak inflation pressures are subsiding and inflation is likely to recede in the coming months. In other news, oil prices peaked over $73 a barrel as storms in the Gulf of Mexico threaten oil supply. However, on Friday when the storm backed off, oil prices dropped indicating this short-term gain won’t stay for long.

The founder of Bridgewater Associates, the world’s largest hedge fund, Ray Dalio defends investing in Chinese companies and assets. His remarks come at a time when Wall Street personalities debate the possibility and stability of Chinese investments and their future value.

For example, another legendary investor George Soros said that investing in China wouldn’t be profitable and was dangerous for a firm’s clients. Soros said this in response to Larry Fink allocating more of Blackwater’s resources to the country. Dalio said “It’s a part of the world that one can’t neglect and not only because of the opportunities it provides but you lose the excitement if you’re not there”.

Even further, Dalio believes that China’s reforming capitalist economy can be helped and turned into an opportunity. However, China still restricts companies and its economy as shown by their extensive crackdown on Tech, Online Education, and Property Sectors.

As a home buyer, navigating the 2021 housing market has been downright terrible. Low supply and increasingly high demand have caused prices to spike beyond reason. Adding low mortgage rates into the mix, and buying a home is as competitive as ever. Some buyers have even resorted to enhancing their offer with limited-time items like rare shoes or the heavily sought-after PS5.

There is some light at the end of the tunnel, it looks like the housing market is slowly starting to recover from the pandemic. The housing inventory is slowly increasing again signaling that more normal times might be upon us once more. Though the market might be more buyer-friendly, most experts believe that it will never stop being a seller’s market, meaning the buyers have to compete for homes.

Unlike this year’s hyper-competitive housing market, the market going forward should begin to become more normalized. The result is you’ll have more options when buying a house in your nearby neighborhood. What you shouldn’t expect, on the other hand, is mortgage rates to stay as low as they are. With the current rate around 3%, many buyers jumped at the opportunity to buy a home and save money. According to Freddie Mac’s estimate, the mortgage rate could increase by a whole percent next year.

Historically, September is a down month in the market and this year is no different. All three major indexes dropped slightly in a choppy trading week. On Wall Street, investing in China is a hot debate topic, and Ray Dalio shares his opinions on the controversial matter. The housing market this year has been absurd, but no signs show that it might become more normal heading into 2022.