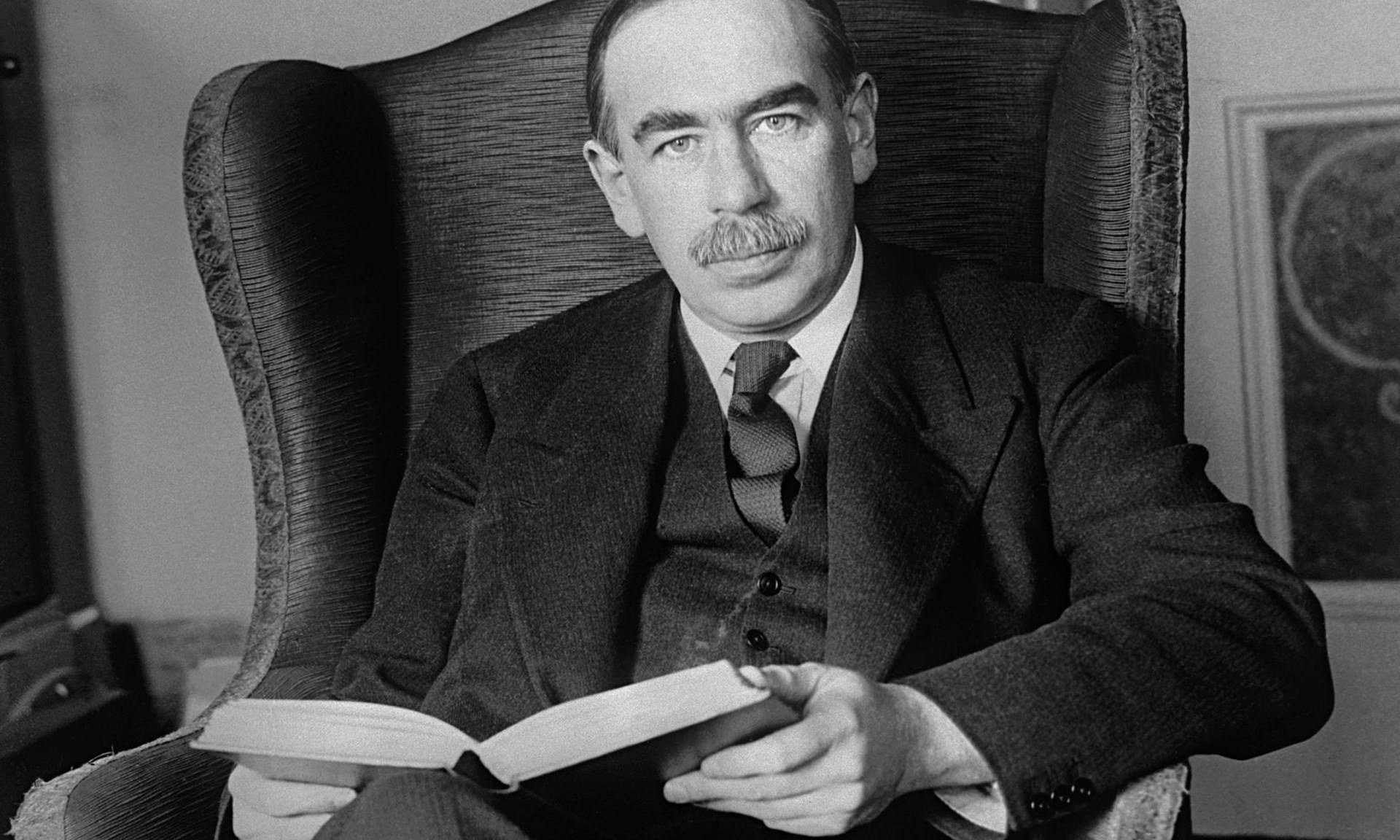 British economist John Maynard Keynes originally developed Keynesian (pronounced kayn-zee-uhn) economics, also known as demand-side economics. During the 1930s, Keynes developed an economic theory that allowed the world to understand and recover from the Great Depression. In short, the Great Depression was a worldwide economic depression that occurred from 1929 to 1939. A depression is a much more severe recession. The correction of the excessive and eventually unjustifiable growth of the stock market and economy during the Roaring Twenties primarily caused the depression. In 1936, Keynes wrote his most widely known book, The General Theory of Employment, Interest, and Money, containing theoretical principles that had a massive impact on economic thought. But what is Keynesian economics?

Because Keynesian economics is so prominent in macroeconomics, far more than any other economic school of thought, the research and general thought given to the field is also far greater.

The Federal Government uses this same equation to calculate Gross Domestic Product (GDP). GDP, in essence, refers to the total dollar amount of goods and services produced in a country.

Note: In general, the word “aggregate” refers to the sum total of some quantity

This is because, according to Keynesian theory, recessions occur due to low aggregate demand, while inflation occurs due to high aggregate demand. Keynesian economists generally believe that aggregate demand is naturally volatile, and government policy to stimulate it may help stabilize the economy. Usually, the Federal Reserve (in the United States) utilizes monetary policy (money supply, interest rates), and Congress utilizes fiscal policy (taxation, government spending) to achieve stabilization.

The counterpart to Aggregate Demand is Aggregate Supply, which is simply the total supply of all goods and services in an economy.

The image above depicts an “AD-AS Model”, which is very similar to the Supply and Demand Curve we have covered before. In this figure, AD refers to aggregate demand, ASSR refers to the Aggregate Supply in the Short-Run, and ASLR refers to the Aggregate Supply in the Long-Run. A business has fixed capital in the short-run, meaning capital, anything used for producing goods, cannot be changed. The long-run, however, refers to when all inputs (land, labor, and capital) are variable, or capable of being changed. Generally, the short-run and the long-run are abstract concepts with no agreed upon timeframe for any particular business. The particular drawing of the model shown above represents an optimal economy at full employment.

The perfectly vertical ASLR curve is notable, as it differs from anything on a typical microeconomic supply/demand curve. The AS curves on this model affirm the Keynesian theory that, in the short-run, changes in aggregate demand influence aggregate supply, but in the long-run, aggregate demand does not affect supply.

As mentioned prior, and illustrated by the equation, several factors influence aggregate demand. These factors can cause the curve to shift. The equation shows that the individual factors that contribute to aggregate demand are consumer spending, investment, government spending, and net exports. Changes in each can make aggregate demand increase or decrease. A curve that is shifted to the left represents a decreased AD. A curve that is shifted to the right represents an increased AD. Here are some examples:

In some cases, the ASSR may not meet AD with ASLR. These graphics should make this occurrence more clear.

An economy with inflation, at the vertical line, AD is greater than ASSR. This means that AD is too high, generally indicative of inflation. Thinking again about the factors that contribute to aggregate demand, it makes sense that factors like increased spending and investment contribute to more business growth, which is indicative of an inflationary period in the economy.

The term multiplier effect is used to describe when an investment yields a return that disproportionately greater than the initial spending injection. Spending injection is a general term used to describe an addition, or a contribution, of a supply of money into the flow of economic activity of an economy: a business, a collection of businesses, or a government. A spending injection can take the form of investments, government spending, or revenue from exports. The multiplier effect usually represents a large spike in the performance of an economy, measured in income or revenue, as a result of a small increase in spending.

Generally, when applied to Keynesian economics, the multiplier effect refers to how changes in aggregate demand may disproportionately affect economic output, usually measured in Gross Domestic Product. In simple terms, the multiplier effect in economics can show us how much impact $1 injected will have on the economy as a whole. Economists generally agree upon the following equation for estimating a multiplier for a specific injection of spending:

For example, if the percentages for savings, taxes, and imports for a particular injection of spending were 10%, 5%, and 20%, respectively, the equation would be as follows:

Basically, this means that $1 spent would have an impact of $2.86 on the output.

At first glance, it may seem odd that the multiplier equation shown above is a fraction. This is the case because the three variables, expressed as decimals, in the denominator of the equation, represent leakages. Leakages differ from injections. Leakages are parts of a business that are not utilized for the consumption of goods and services that a business may offer. These leakages reduce the amount of money that is available in the rest of the economy to be spent on investments or any other means to stimulate consumption. Collectively, the combination of savings, taxes, and imports are known as the marginal propensity to withdraw (MPW).  That basically means money that is withdrawn from the flow of money in a business through leakages. By dividing $1, which represents a single dollar of your spending injection, by the sum of leakages (MPW), you can approximate the effect of a spending injection.

In essence, the multiplier effect in relation to Keynesian economics tells how much of an impact ($2.86) that a change of aggregate demand, as represented by the $1 spent, has on economic output.

Generally, in a liquidity trap, monetary policy, i.e changing interest rates and the money supply, is ineffective. This is because regardless of these changes, consumer sentiment in the economy is low and they don’t spend money, therefore not stimulating the economy. This means that the consumer spending number is too low, and resultantly aggregate demand is low, which indicates a recession.

If an economy needs stimulation, Keynesian policies generally fall into two camps: fiscal policy and monetary policy. Fiscal policy refers primarily to activities related to government spending and taxation. The federal government (Congress and the President in the US) institutes fiscal policy. Monetary policy refers to activities that target money supply and interest rates and is usually concerned with inflation and the value and accessibility of currency. A nation’s central bank (the Federal Reserve in the United States) institutes monetary policy. Before we get into examples of those, we should recall the Keynesian equation for aggregate demand.

Following the Great Depression in the early 1930s, Keynes proposed two solutions. He first proposed reducing interest rates, an example of monetary policy. As explained earlier, this would make money easier to borrow for companies, drive up investment in such companies, and increase AD.  Keynes then proposed government spending on infrastructure, an example of fiscal policy. Through this, government spending would increase, leading to greater employment and income for workers, causing AD to increase. When the government spends money while in a deficit, which happens when the spending increases revenue (through taxes and other means), deficit spending occurs.

To end the Great Recession in 2008, Congress passed the Economic Stimulus Act of 2008. The act provided tax rebates, refunds of taxes paid (money back to taxpayers), to much of America. Congress passed this mostly to increase business investment and consumer spending. This stimulus is an example of Keynesian policy because it intended to stimulate aggregate demand based on Keynesian principles. However, studies showed that consumers spent only about 1/3 of the money they received.  That did not stimulate the economy sufficiently. Recipients generally held their rebates, which did not stimulate the economy enough.

Keynesians tend to believe in some degree of government intervention in the economy. This idea has long been opposed ideologically, resulting in criticisms of Keynesian economics.

Those who argue against government intervention would typically argue that it inhibits the private sector’s ability to repair imbalances in the economy (shortages, surpluses, etc.). Theoretically a free market should enable it to do so.

Some of those opposed to Keynesianism oppose deficit spending. Critics argue that when a government spends while in a deficit, the government will need to borrow money. When people borrow more money in an economy, interest rates will usually rise to prevent excessive borrowing. Rising interest rates have the adverse effect of decreasing investments and spending and increasing savings, often bad for economic growth.

When a government borrows money to enable deficit spending, they may also borrow from the private sector. This takes money from banks, money which private companies could have borrowed for their own funds. If this were to happen, such companies would not have as much power to invest in their own business, since the government then, by borrowing directly from banks, indirectly restricts their ability to possess funds, and such companies may not be able to grow their capital.

Many believe that since Keynesian policies are typically instituted after a downturn, they continue into the economy’s recovery. Critics of Keynesianism would argue that efforts to stimulate aggregate demand while the economy is in recovery already will cause inflation.

Other criticisms of Keynesianism certainly exist, but these few are the main criticisms.

In politics, Keynesianism usually associates with liberal Democratic politicians. In many cases, a politician’s attitude towards Keynesian economics is not enough to determine their political affiliations or leanings. Presidents Ronald Reagan and George W. Bush both supported Keynesian policies despite being traditionally conservative. Some view Reagan’s Reaganomics (Supply-Side Economics) as competition to Keynesian economics. But, they can be used in conjunction with each other. Additionally, neither economic philosophy represents a political party or leaning.

It is crucial for everyone to have a solid understanding of how Keynesian economics works because it is deeply influential and entrenched in the world economy. This school of economic thought is one of the most widely studied and used in all of economics.