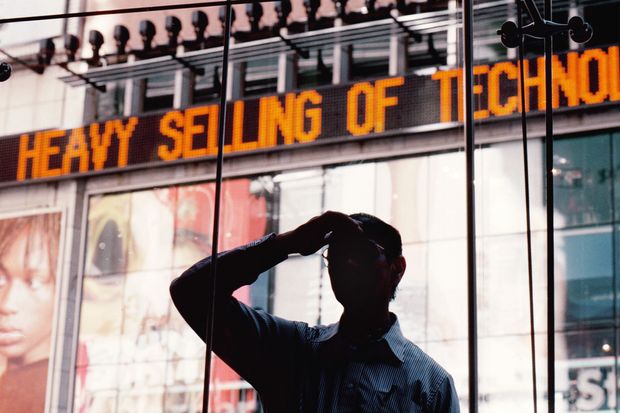 The Dot-com bubble of the late 1990s and early 2000s was a speculative economic bubble created by excessive optimism towards Internet companies and their stocks. Today, it serves as a reminder of the consequences of greed, excess, and hype.

Innovation in the 90s

The 90s were a period of rapid technological advancement. The creation of the Mosaic in 1993, the world’s first internet browser, allowed individuals to access the World Wide Web from their personal computers. Soon after, personal computers slowly transitioned from being a luxury product to an essential in many homes across the United States. With this new mass adoption of internet usage, entrepreneurs began to see untapped potential within this industry. The result was an enormous wave of new internet companies, such as Amazon, Yahoo, and GeoCities, among thousands of others.

However, one of the biggest, most influential enterprises during this period was Netscape Communications. In 1995, Netscape released and distributed its own internet browser called the Netscape Navigator for free. With a faster and more intuitive user interface it quickly overtook Mosaic as the most popular web browser and became the new industry standard. Despite this success, the company still had no steady streams of revenue and were operating through losses. Despite this, the founders of Netscape decided to take advantage of the browser’s success and took the company public.

On August 9th of the same year, Netscape had their Initial Public Offering (IPO), taking the world by storm. Investors generally make investments based on a company’s past performance and its profit margins. But with the internet’s exponential growth and the success of the Navigator, they found this opportunity too hard to pass up. The stock was listed at $28 on its first morning of active trading and soared to $58.25 on the same day, pushing the company’s market capitalization to upwards of $2.5 billion and causing Netscape to rise to even greater levels of fame.

Around the same period, interest rates in the United States were at their lowest point since the 1970s and the capital gains tax rates were lowered significantly. Because of this, investors now had more capital which allowed them to make more speculative investments in Dot-com companies. Low interest rates made borrowing less expensive for entrepreneurs who needed loans to start their new “internet ventures”. This resulted in a large number of new internet-companies being formed. The success of Netscape’s IPO also inspired this new wave of entrepreneurs and investors to take their companies public, and investors rushed to fund them.

From 1995 to 1999, hundreds of dot-com companies had their IPOs and received immediate responses from investors. However, there was one commonality that united the majority of these companies. They shelled out hundreds of millions of dollars towards marketing to expand their market share and user base. With sales growth being one of the only factors that investors looked at, most companies began to employ a “growth at any cost” tactic. Some even sold products at a loss and made measly acquisitions to maintain their market share. Many companies squandered large sums of money towards lavish business facilities and luxury vacations for their upper-level employees.

Consequently, the profits of these companies were practically non-existent. At the time, however, this appeared not to matter because their ultimate goal was to get as many users to utilize their internet-based products. In 1999 alone, 486 companies had their IPOs most of which were dotcom stocks. Of these 300 dot-com stocks, 117 of them had their stocks double in value on the first day of trading: a perfect illustration of the investors’ irrational exuberance towards stocks instead of fundamental analysis of the business itself.

As the stock prices of these companies rose exponentially, the “hype” surrounding them also increased through word of mouth. This prompted more investors to put their money into these companies. A positive feedback loop was born and investor confidence reached an all time high. Extreme enthusiasm drove stock prices up to such an extreme that their value was not supported by the business’s fundamentals.

The NASDAQ Composite stock index represents all the companies that trade on the Nasdaq stock exchange. It included most of the internet companies that IPOed between 1995 and 2000. The value of the NASDAQ index increased 5-fold in the span of 5 years, from 1000 points in 1995 to upwards of 4000 points in the year 1999.

A Series of Unfortunate Events

Around the turn of the century, the Y2K bug, which posed a huge threat to the technology industry, was solved. Additionally, the US government later decided to tighten its monetary policy. This change in interest rates caused increased levels of stock market volatility for internet-companies as investors disagreed on whether or not these companies would be significantly impacted by higher borrowing costs. On March 10th, 2000, the NASDAQ index reached an all-time high of 5,132.52 points during trading hours. Less than a week later, the Japanese government announced that Japan’s economy had entered a recession. When a large-scale global event like a recession occurs, investor confidence is significantly damaged. Selling pressures increase as people would want to cash out on stocks immediately. And this is exactly what happened.

The Japanese recession triggered a worldwide mass sell-off of stocks. This sell-off disproportionately affected the stocks of companies in the technology industry. The NASDAQ’s value tanked and a majority of investors were no longer funding internet-companies. Their “growth at all costs” business strategy resulted in them burning quickly through their remaining capital. Over the next few months of the year, the same companies that had had over hundreds of millions of dollars in valuations became worthless and were dissolved overnight. By the end of 2001, over $1 trillion worth of capital had vanished into thin air. The bubble had finally burst. 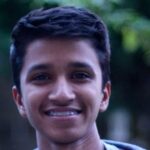 I write about stocks and education. I am a senior at The International School Bangalore.