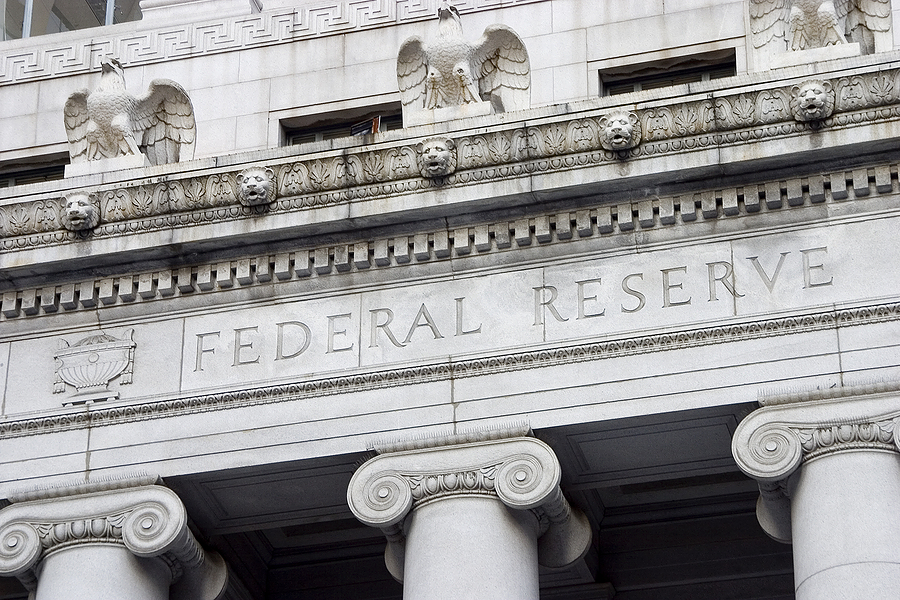 The center of monetary policy in the U.S. is the Federal Reserve System. It’s composed of a board and twelve regional banks, which each have their own boards. It has a mix of public and private elements; it can increase the amount of money in the economy, but also attempts to turn a profit. Based on these characteristics, one might think that it’s extremely complicated. But the Federal Reserve can fundamentally be boiled down to its overarching purpose – the dual mandate.

After 1977, Section 2A of the Federal Reserve Act directs the Board of Governors and FOMC, the two most important bodies in the Federal Reserve, “to promote effectively the goals of maximum employment, stable prices, and moderate long-term interest rates.” You might be saying ‘What? That’s three mandates!’ Yes, there are three explicit goals. However, interest rates, which can be tuned to almost any percentage by the Fed, are dictated by the needs of keeping price stability and maximum employment. They have mostly fallen out of the decision making process.

Price stability is another way to say inflation. The Federal Reserve has up until recently tried to keep inflation low. The ideal percentage of inflation is widely agreed to be around two to three percent. If inflation becomes too high, people who save and lend money will be hurt. This decreases the amount of people who will put money into the financial market, resulting in low investment. If inflation becomes too low, people will be incentivized to save instead of spend. This ultimately results in lower consumption, also hurting the economy.

Maximum employment isn’t as clear cut as price stability. What it doesn’t mean is everyone is employed. It doesn’t even mean that everyone who is looking for a job is employed. Rather, it centers on the idea of business cycles. If an economy is overheating, too many people will be employed and resources and inventories will be consumed at an unsustainable rate. If an economy isn’t doing well enough, people will be looking for a job and resources, which should be employed, are allowed to lay wasted.

The cycle of doing too well and not well enough is what we call business cycles, and the U.S. economy, and every other economy, has for the most part followed this cycle. Maximum employment means in economic parlance to be the amount of employment perfectly between too well and not well enough, between boom and bust, when the economy is producing and consuming at a sustainable rate. This number can be anywhere between 4% and 10% depending on the country, but for the United States it hovers around 6%.

History of the Dual Mandate

These two indicators seem to be strange choices for measurements of the effectiveness of monetary policy. But if we look back, the Fed’s most important moments in history were centered on problems with maximum employment and price stability.

The Federal Reserve made major mistakes during the recovery from the Great Depression. Failures in the banking system and the stock market caused investment and consumption to disappear nearly overnight, and the Federal Reserve first failed to prevent the extreme contraction of monetary policy and after the crash refused to bail out banks. The depression meant many people lost their jobs; unemployment shot up to 25%, significantly higher it was at the peak of the COVID-19 Pandemic. In fact, there were groups of men roving around looking for jobs.

This is an important moment in the Fed’s history. According to monetarists like Milton Friedman, the most important thing for the government was to get money flowing. This would mean that investments, business, and eventually jobs would come back, which is why maximum employment is one of the Fed’s mandates.

The other mandate can be seen in the 1970s, when inflation reached a fever pitch of 20% a year, which meant extremely low amounts of saving and reckless spending, resulting in economic instability. So in 1978, the year after the dual mandate was added, Paul Volcker was appointed the Chairman of the Fed. He cut the money supply, and the prime rate jumped to 22%. But inflation eventually fell to an average of 3.5%. However, during the same period, unemployment rose above 10%, which contributed to President Carter’s reelection loss. Yet Volcker’s work is still praised for “slay[ing] the inflationary dragon.”

Criticisms and Looking Ahead

Recently, the dual mandate has garnered criticisms and has been reinterpreted. Jerome Powell, current Chairman of the Board, announced that the Fed will attempt to keep inflation averaged at 2% over time. This differs from before as it means now the Fed will not respond to high inflation during a short period. This is an important shift because inflation will necessarily rise during and fall during.

Additionally, some consider the two metrics outdated, as a measurement of economic strength. The Editorial Board of Bloomberg proposed abandoning them for aggregate demand/nominal GDP. With interest rates, unemployment, and inflation much lower than the past century, some consider them not as pressing.

Also with more and more worries of a k-shaped, unequal recovery, as with the case with most other government policies, some have called for the dual mandate to be modified to focus also on equity and equality. Despite the economy growing in the long term in the last three decades, the share of income of lower and medium households have fallen, which might point to systematic problems in the values of our government.

Seven Things Students Can Do to Guarantee Future Financial Success