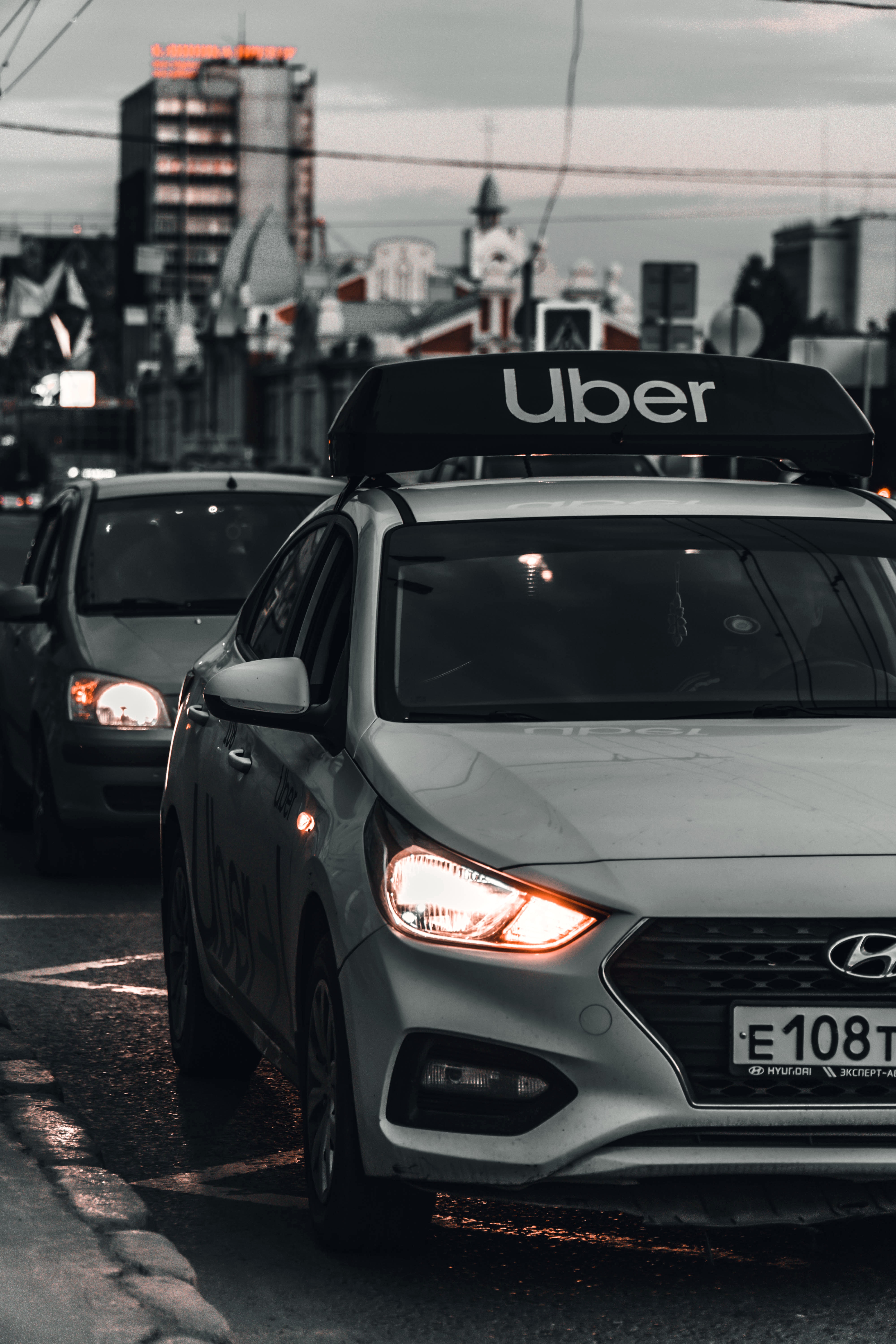 On July 10, 2022, The Guardian released 124,000 leaked records — consisting of emails, iMessages, WhatsApp conversations, memos, presentations, and internal documents — of Uber’s malicious activities during its period of international growth and boom, provided by whistleblower and Uber’s former chief international lobbyist Mark MacGann. Dated between 2013 and 2017, the documents, now known as the Uber Files, revealed attempts to appeal to several large political figures, as well as illegal practices to prevent justice from being brought down upon them.

Founded in 2009, Uber, a ride-sharing platform, had a mission to disrupt the public transportation industry. With small steps propelling them towards more consumers, the service was able to operate in nearly 30 locations by early 2013, mostly in the United States. With hopes to expand internationally, Mark MacGann, Travis Kalanick — Uber’s CEO who resigned in 2017 due to assault and harassment claims — and other senior executives helped expand the company into a global behemoth within the next four years. From VC investments to uncovered political partnerships, Uber was able to break down all the obstacles in its path, operating in over 600 locations by mid-2017.

Although thought to have left Uber on a good note in 2016, Mark MacGann ended up in litigation against Uber as a result of an overdue, unpaid bonus, which he ended up receiving. Later, in 2020, Mark MacGann urged Uber executives to take action when news about the mistreatment of drivers plagued the media. Lacking a response, he became more restless and frustrated, emailing the London mayor’s office to expose Uber and refuse the ability to obtain a license against the “Transport for London” organization: England’s governmental department seeking to promote more reliable, safer travel, especially public transportation. Meanwhile, MacGann also sought to back up the class action lawsuit against Uber on behalf of the company’s drivers. Finally fully realizing the gold mine of secrets and lies he sat upon, MacGann traveled to Geneva to share the information with The Guardian.

The Evasion of Justice

In August 2014, a promising politician by the name of Emmanuel Macron was appointed as the minister of the economy. At the same time, Uber sought to establish its European presence, with Paris as the scene of its first launch. While causing massive revolts and protests from the taxi industry, Macron saw Uber as an attractive opportunity to stimulate economic growth primarily through new jobs, organizing four meetings — of which only one got reported — to promote Uber’s expansion.

The company soon launched UberPop, a service allowing drivers without licenses to offer rides, yet at much lower prices, which, despite being banned by the French Court and Parliament, continued to operate and disrupt the taxi industry. Knowing it would be difficult for the service to sustain, Macron encouraged Uber to create a proposal: a regulatory framework that would allow them to thrive with the minister’s support yet by also appeasing the public. Yet, as time dwindled and protests ramped up in violence, so did the pressure. While claiming to have been a result of the immense public pressure, the suspension of UberPop could now be linked to Macron’s steps to further legalize Uber. Although upheaval continued, leading to a ban on UberX — the now-standard service that seats up to four passengers — for a while, the first-name basis relationship between Kalanick and Macron led to the minister’s efforts to sign off on legislation easing the licensing requirements for Uber drivers and UberX rules. Soon enough, the ban on Uber solely covered the unlicensed drivers, pushing UberX over towards the legal side of the war.

Having difficulty entering the British Market, Uber sought to leverage political connections to promote the company’s growth while influencing adverse decisions towards opposing forces. Uber targeted Boris Johnson to completely shift his and the country’s view on this service. With this mission and Boris’ resistance to meeting with those that caused the influx of complaints from taxi cab drivers, the Uber lobbyists sought to target the most trusted individuals by Johnson, including George Osborne and David Cameron, who serve in the Conservative Party. An identifiable connection was Rachel Whetstone, an ex-Google British lobbyist turned senior executive of Uber, who was a close friend of the two Conservative individuals. Though not actively and constantly lobbying for Uber, Whetstone was suspected — and never denied — of having the appropriate conversations, whether with the individuals or influencing Kalanick and Uber’s playmaking strategies.

In 2015, their situation worsened as the company conflicted with “Transport for London”. Not only did TFL seek a legal ruling against Uber fee calculation methods, but the organization also sought to implement a time gap between booking and entering an Uber. Thus, the executives and lobbyists went into lobbying overdrive, spreading their message, especially to the transport secretary of Johnson’s staff, through several channels and individuals. With several efforts to influence other government executives, Uber finally declared a win in early January of 2016, with Johnson having dropped all proposals and regulations that would prevent Uber’s growth throughout the country. At the end of the day, Uber was successful in its mission. Instead of meeting with Uber or Kalanick, Johnson was influenced by the lobbying of his government, enough so that the TFL could not acquire enough votes to keep Uber from becoming the behemoth it is now.

A year after leaving the commission in October 2014, Neelie Kroes was offered to join the paid Uber advisory board. Needing to follow the commissioner’s cooling-off period of 18 months as well as receive a job approval from the commission, she appealed yet was denied. However, this small rejection didn’t stop her. Instead, she continued supporting Uber’s mission despite its illegality and the service causing massive trouble in her home country, the Netherlands. In fact, when the Amsterdam Uber office had been raided by police, Kroes pressed the Dutch Prime Minister, along with the police, to back off from the investigation, while serving as the messenger between Uber and the PM. However, Kroes’ relationship with the company was so highly confidential that MacGann himself emailed his colleagues to not use her name on any document to protect each other. Soon after the cooling period, she supposedly set up a meeting between Uber and a European commissioner, while also accepting a $200,000 advisory board job offered by the company.

Believe it or not, Uber used software that we could only imagine in movies. In the event of police raiding the company, seeking to access the computers, Uber contained a second line of defense, a.k.a. the “kill switch.” This simple command could prevent any outside organization from accessing the company’s computers, data, and the list of drivers. Knowing that withholding information from the police is a crime, the kill-switch was clearly a tactic of manipulation that, through the Uber Files, has been confirmed to be used in Amsterdam, Canada, Belgium, India, Romania, Hungary, and thrice in France.

Yet, the cover technology didn’t end there. Uber was able to shield its activity in the app with Greyball, a fraud-fighting tool intended to limit scammers on the app. However, Greyball became a tool against the government themselves, identifying suspected authorities and preventing their access to the ride-sharing service, thus preventing investigations or thwarted rides from ever arousing as a possibility. Through geofencing — or fake-view/Greyball versions of Uber around certain areas including police stations and government buildings — and further iterations of these technologies, Uber was able to evade the government authorities in areas where the service had been banned or deemed illegal.

Though not a person or technology, the concept of violence plays heavily in this entire story. During the French protests, which brought destruction and murder against Uber drivers along with others, Travis Kalanick, the former Uber CEO, welcomed it as a method of achieving success, stating “Violence guarantee[s] success” (The Guardian). Kalanick believed it would enable the French government to vote in their favor and to protect the threatened citizens or even towards a more strategic push to weaponize the drivers.

The company’s Senior Vice President of Public Affairs, Jill Hazelbaker, said, “We have not and will not make excuses for past behavior that is clearly not in line with our present values. Instead, we ask the public to judge us by what we’ve done over the last five years and what we will do in the years to come”. Uber’s tactic of lobbying and creating shady public relations helped disrupt a market that had been prevalent since the 17th century. And although there remain countless documents that discuss injustices Uber has not yet been held accountable for, the company has evolved since then, with different executive staff, ethics, and goals, yet continuing its growth to propel them to new levels of success. 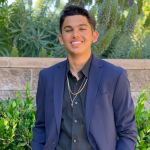 Prateek is a writer who is passionate about all aspects of business: especially economics, finance, and current events. He is a freshman at Claremont McKenna College.