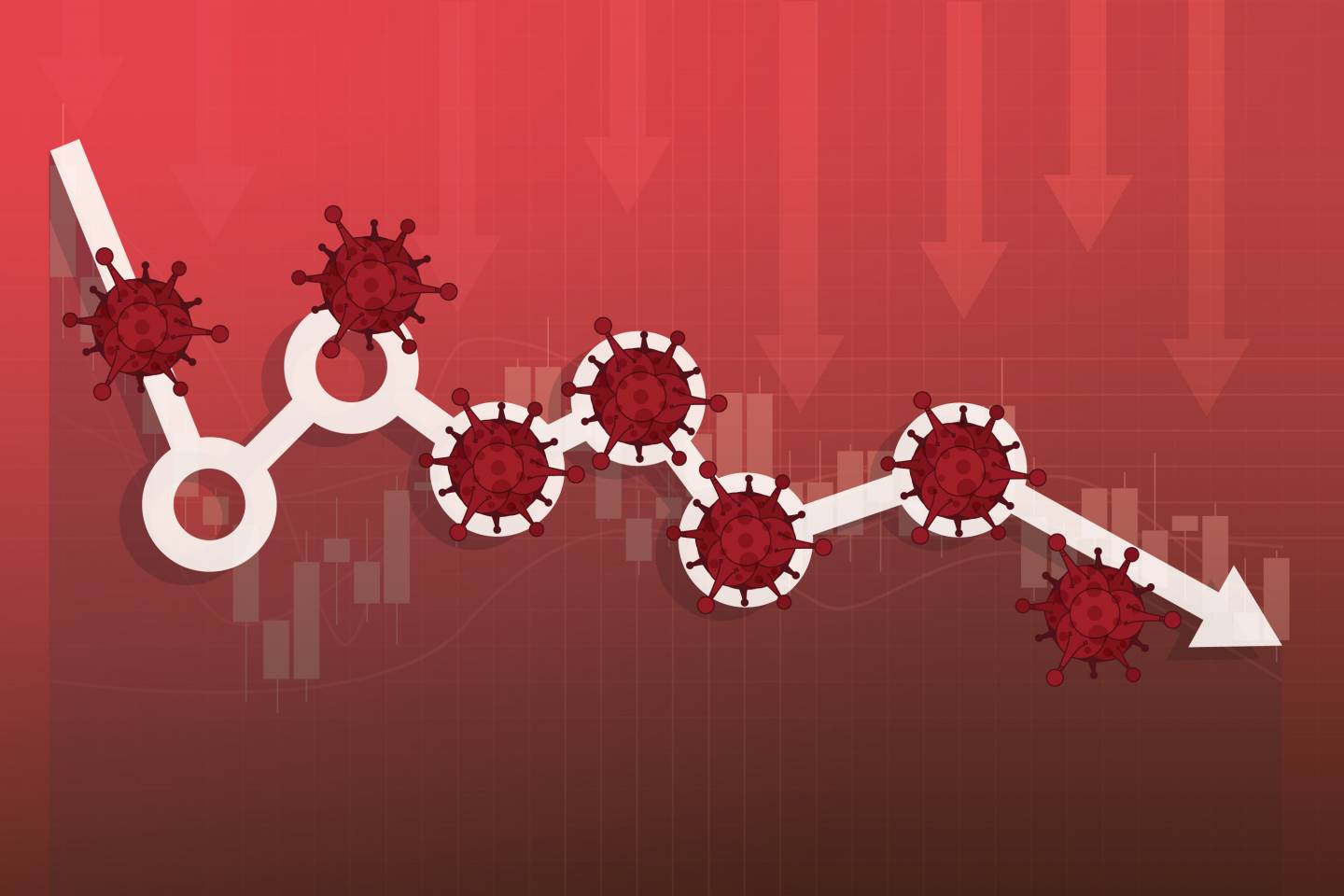 The coronavirus pandemic caused massive damage to many facets of society. The pandemic hurt the American economy deeply. When the coronavirus initially struck, the Dow Jones Industrial Average (DJIA) dropped about 26% from March 1, 2020 to March 15, 2020. The S&P 500 dropped 23% from March 1, 2020 to March 15, 2020.  For a point of reference, the DJIA dropped 0.8% from March 1, 2019 to March 15, 2019, a year before the recession. The S&P 500 also increased 0.7% in the same period of time. The recession caused the U.S economy’s unemployment rate to reach new highs. In response, five stimulus packages were signed into law in an attempt to end the recession and get people back to work.

A large decrease in demand of many major industries that presented COVID-19 risks caused the initial crash. Investors pulled out of the markets as industries like the airline industry and the restaurant industry lost vast swaths of customers. After the initial crash, markets began recovering quite quickly. On March 27, 2020, then-President Trump signed the CARES Act, the largest economic recovery package in history. The legislation provided direct payments to Americans and helped increase unemployment insurance, which helped a lot of people who lost their jobs. The CARES Act also boosted markets up, getting the ball rolling for a full economic recovery.

The markets jumped again on May 21, 2020 when the United States and pharmaceutical company AstraZeneca signed a vaccine deal, in which they claimed first doses would be ready by October 2020 (they were not).

Despite fall market rallies, security prices dipped slightly when Johnson and Johnson halted their vaccine trials on October 12, 2020. The vaccine caused an unexplained illness, which caused officials to pause those vaccine trials.

From there, markets steadily climbed upwards as good things kept happening. Throughout November and December, a multitude of pharmaceutical companies, like Pfizer and Moderna, showed great results from their respective vaccines. In December, the FDA agreed to an EUA, or emergency use authorization, for Pfizer, BioNTech, and Moderna. And in 2021, the vaccine effort has gone a long way to ending this pandemic. At the time this article was published, more than 156 million Americans have been fully vaccinated. However, while markets recovered relatively quickly from the pandemic, people didn’t.

Stimulus Package 1: The Coronavirus Preparedness and Response Supplemental Appropriations Act, also nicknamed Phase One, was signed into law on March 6, 2020 by then-President Trump. The $8.3 billion package funded money for vaccine research, gave funds to state and local governments to fight the spread of the virus, and to assist with efforts to stop the spread of the virus overseas.

Stimulus Package 2: The Families First Coronavirus Response Act, or Phase Two, was signed into law on March 18, 2020. The $3.4 billion package was allocated between providing money for families relying on free school lunches in the wake of widespread school closures; making companies with fewer than 500 employees give paid sick leave to employees with COVID-19; providing nearly $1 billion in unemployment insurance to states, as well as loans to states for funding unemployment insurance; and making COVID-19 testing free for all.

Stimulus Package 4: Legislators signed this $900 billion stimulus and relief bill on December 27, 2020. The main parts of the package were the direct payments of $600 per person, including dependents 16 and under; $325 billion in loans for small businesses, $45 billion for transportation funding; $69 billion for public health measures like testing for the virus, vaccine research and distribution, and contact tracing; $82 billion for education; $25 billion for emergency rent assistance; and $26 billion in funding for food and agriculture, like food banks.

Stimulus Package 5: President Biden signed the American Rescue Plan on March 11, 2021. The main parts of the plan were these: direct payments of $1,400 to individuals earning less than $75,000 per year, with an additional $1,400 per dependent; $300 a week in expanded unemployment insurance that will last until September 6 of this year; $130 billion in funding for K-12 schools; $55.5 billion for the CDC to purchase supplies like PPE, track the virus, and administer vaccines; $39 billion for higher education, like colleges and universities; $30 billion for public transit; $25 billion in emergency rental assistance; $25 billion for the Small Business Administration, a government agency that provides support to entrepreneurs and small business, to give grants to “restaurants and other food and drinking establishments”; $40 billion for child care; and $15 billion to support workers in the airline industry.

As this graph shows, the first two stimulus packages were incredibly small, while the next three were massive. The latter focused on bolstering the economy quickly and getting life back to normal. Stimulus packages 1 and 2 were each worth $8.3 billion and $3.4 billion respectively. The next three stimulus packages, however, allocated much more money to different facets of society in order to boost the economy. Stimulus packages 3, 4, and 5 were respectively worth $2.3 trillion, $900 billion, and $1.9 trillion. There were also rules of eligibility for the direct stimulus checks. Adults earning $75,000 or less were eligible for a one time check of $1,200. Married couples were eligible to receive $2,400. Families received an additional $500 per child.

The pandemic deeply affected the economy and pretty much every person. Despite this, we are well on the way to a complete economic recovery. After all, the resilience of the American people has pulled our nation through historical recessions like the Great Depression and the Housing Crash of 2008. We can do it again.