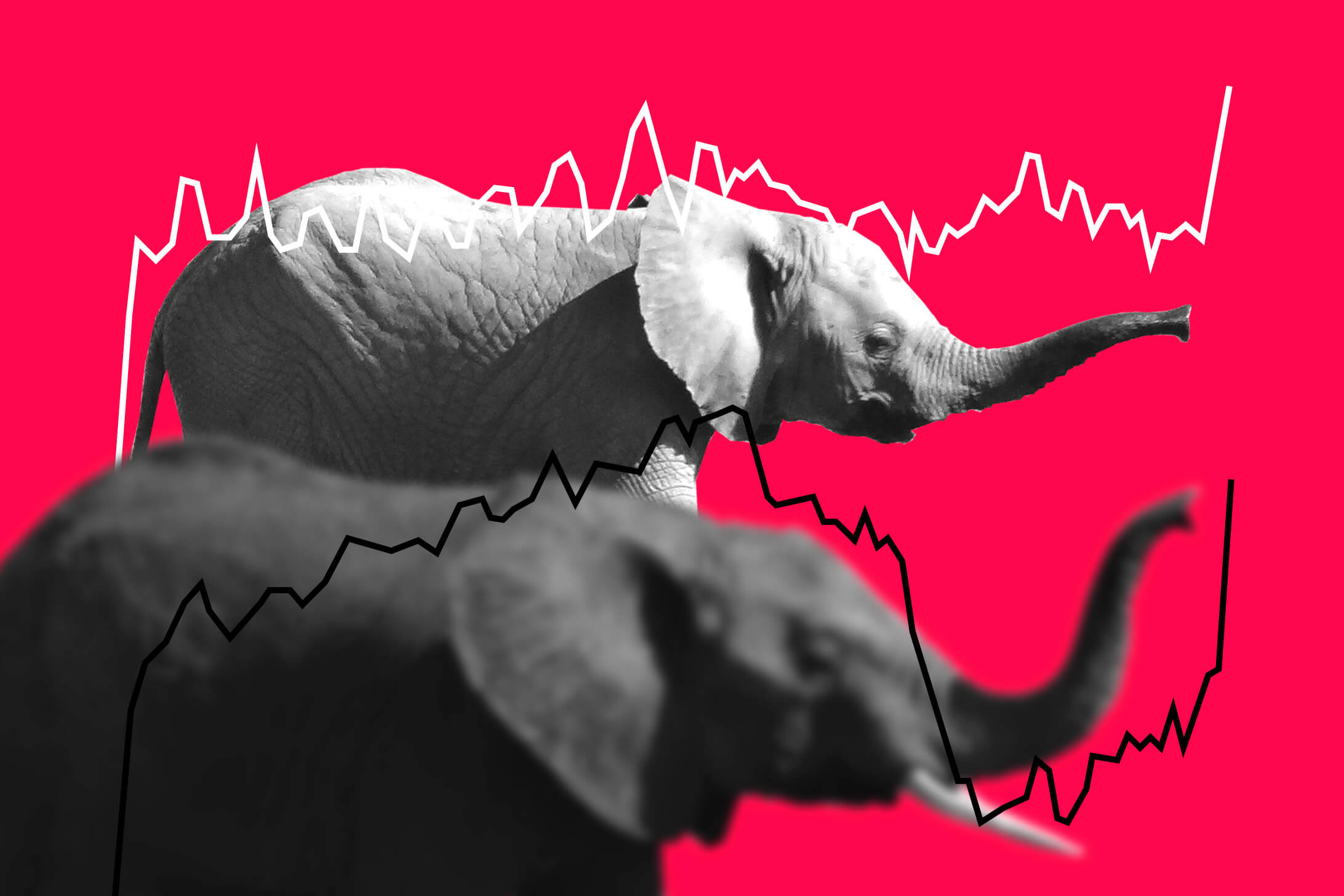 The Elephant Graph shows changes in global incomes over the 20-year period from 1988-2008. It demonstrates who has gained from global trade — and who hasn’t — since the Cold War. The big winners are the global middle class, especially in Asian countries, and the ultrarich. Meanwhile, incomes have stagnated among European and North American middle classes.

The graph was created by economists Branko Milanovic and Christoph Lakner in 2016. It is based on “surveys from approximately 120 countries in the world covering more than 90% of the world population”. This allows the effects of globalization to be viewed on a worldwide basis, instead of only looking at globalization’s effect on individual communities or countries.

What Does This Mean?

The graph answers a simple question: “From 1988 to 2008, how much did the incomes of individuals at different income levels change?” (Highest incomes are to the right, lowest incomes are to the left.)  Taken as a whole, the graph paints a story of global growth. But some people have benefited more than others, which is what gives the graph its distinctive elephant-like shape.

Specifically, the global middle class (Point A in the middle of the graph) and the wealthiest 1% ( Point C to the far right of the graph) saw the largest income growth. Point A is represented largely by people in China, India, and other developing Asian countries. Point C represents the upper classes of Europe and the US.

Meanwhile, growth has been average or worse for people at Points B and D. Point B is mostly the lower-to-middle classes in Western countries, and Point D describes incomes in African countries.

It is important to note that these points represent only income growth. People at Point B still earn far more in absolute terms than people at Point A. For perspective, the following after-tax incomes can be attributed to an average family of four at respective points on the Elephant Graph:

The Elephant in the Room

The economic implications of the chart have been used to explain the popularity of populist politics, such as Donald Trump in the United States, Marine Le Pen in France, and Brexit in the United Kingdom. “Right wing populism is driven by the insecurity of jobs driven by globalization and by migration, which is also part of globalization”, says Milanovic.

While the Western lower-to-middle classes are still relatively well-off compared to the rest of the world, they feel pressured by people in Asian countries catching up and by the upper classes in their own countries moving further and further ahead.