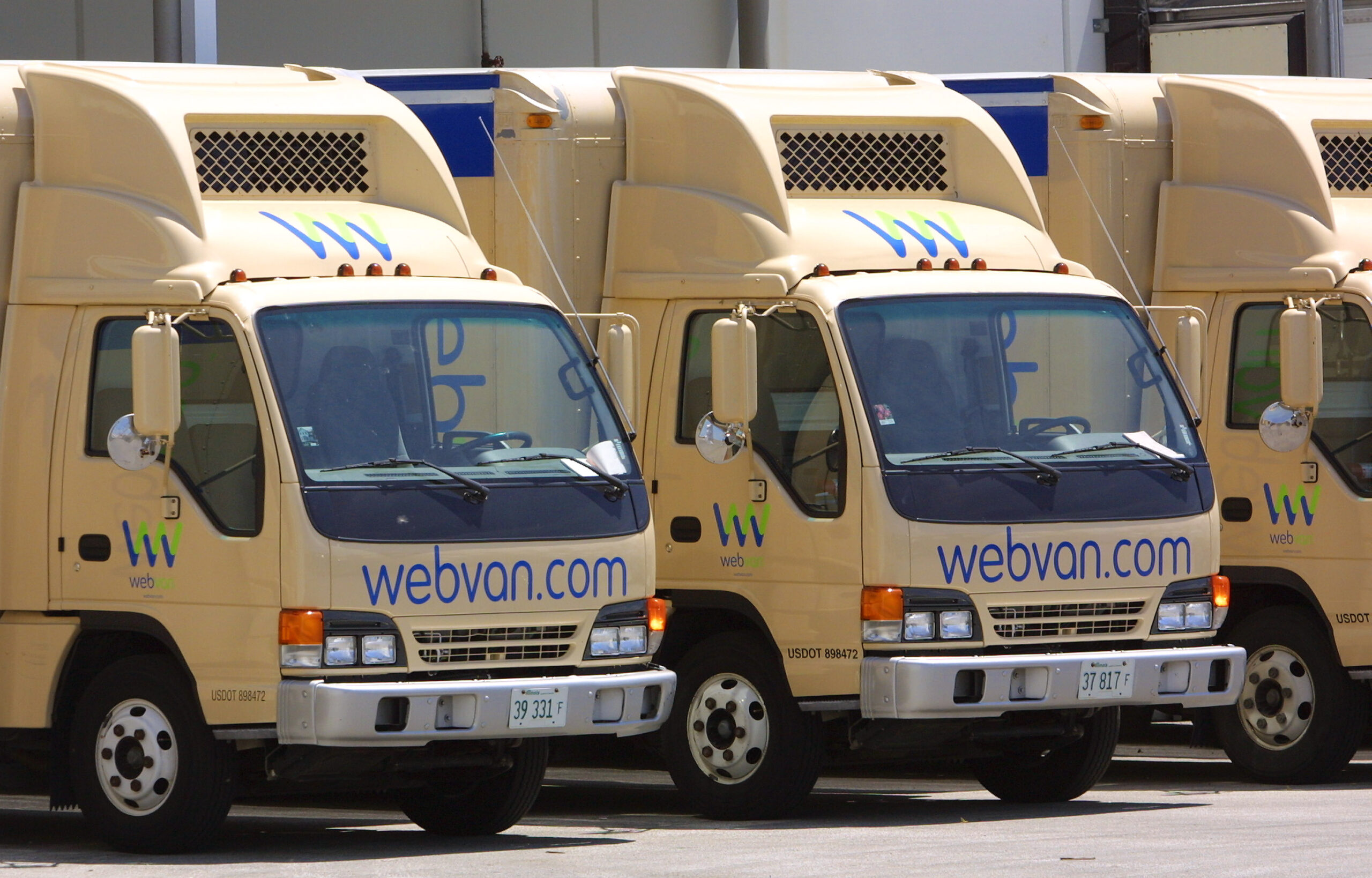 Webvan was one of the first online grocery stores and is among the most famous Dotcom Bubble busts. The company raised nearly a billion dollars from investors, but went bankrupt after just two years of operations. Webvan’s strategy of “growth at any cost” was characteristic of many failed Dotcom Bubble companies.

The online grocer was founded in 1996 by Louis Borders (who also founded the Borders bookstore chain). Webvan began its operations in 1999 and aimed to eliminate the hassle of visiting the grocery store by delivering products to customers’ homes in a 30-minute time slot of their choosing.

To fulfill this promise, Webvan built expansive distribution facilities, first in San Francisco, then in nine other cities. These facilities included state-of-the-art technology, such as robots, miles of conveyor belt, and fleets of delivery trucks.

What was the Dotcom Bubble?

The “Dotcom Bubble” was a stock market bubble that lasted from 1995-2000. The bubble resulted from excessive speculation in internet-based businesses. Investors gave companies millions of dollars for adding a “.com” to their business name, even if they didn’t have a concrete business plan. By 2002, investor losses were estimated at around $5 trillion.

The company’s extravagant expansion was expensive. Webvan first raised nearly $400 million dollars from venture capitalists. After three months of operations and just $500,000 of sales, the company raised a similar amount through an initial public offering (IPO), which made Webvan shares available to the general public. Webvan stock was so popular that on the first day of trading its stock price doubled, sending the company’s value to nearly $8 billion dollars.

These eager investors pushed the management of Webvan to grow as fast as possible. By June 2001, the company operated in ten US cities and was rated the internet’s best grocery delivery website.

But the company was deeply unprofitable, and as it grew, so did its losses. Just 19 months after its euphoric stock market debut, Webvan had blown through over a billion dollars, and then the firm filed for bankruptcy.

The story of Webvan’s failure exemplifies the flawed business strategies of many doomed Dotcom Bubble firms, which was: rapid growth at any cost. Businesses were launched with minimal planning and only the mistaken conviction that the recipe for e-commerce success was a catchy website name and a “First Mover Advantage” in an internet niche.

A lot of these businesses, like Webvan, weren’t necessarily “bad ideas”. They were just ahead of their time because consumers did not shift their shopping habits online fast enough to make these businesses profitable. Indeed, a decade later, many businesses had success where Dotcom Bubble companies failed. Just ask Jeff Bezos.

The Future of the iPad