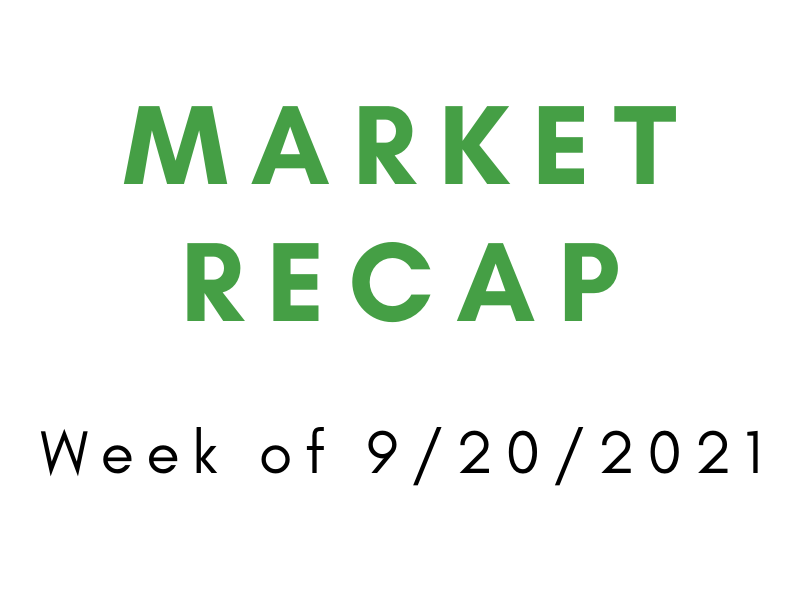 The bumpy path stocks in September have taken has only got bumpier as a bout of volatility bewildered investors this week. Still, all three major indexes made out in the green, as the Dow and S&P 500 recorded gains of 0.5% and the NASDAQ just barely breaking even. Even more troubling for investors, bond prices also hopped onto the rollercoaster of volatility climbing to 1.46% for the week — its highest in three months.

Contributing to this volatility was the standoff occurring in Washington. Congress remains at odds over the debt ceiling for this year, and whether to give more money to the government after its funds run out of money sometime next month. The Fed’s anticipated bond-buying pullback might also come earlier than investors realized. Some signals show the Fed might start trimming bond purchases as soon as early November.

Either way, the anticipation will likely cause volatility to increase like it did on Monday. The VIX, a measure of investor’s expected short-term volatility, jumped on the first trading week after fears of a default emerged in China.

Evergrande Group has been in the spotlight as the purported source of investors’ fears this past week and the ensuing volatility. Evergrande Group is a Chinese real estate empire built on a mountain of debt, and it looks like the foundations of their tower are starting to crumble. The uncertainty has caused some investors to compare its collapse to that of the 2008 Housing Market Crash. Some say that the retail empire’s destruction will bring down the global economy and deal a severe blow to the world’s second-biggest economy. Looking at its business model, it’s clear to see why it would fail and what a catastrophe it could be.

When Evergrande was founded, it sold millions of apartments to China’s middle class. It then used this money to make new houses and sold them before they were finished. Many Chinese people were more than happy to buy these houses before completion as it was a safe place to invest their growing income. After continuing to sell houses before completion, and using this money for more houses, Evergrande amassed a debt of over $300 billion.

When sales started falling, some construction projects were halted and protests were carried out to call out Evergrande’s lack of transparency. For Beijing, this is worrisome news as the property sector has been key for China’s growth, accounting for almost 70% of a household’s wealth. Developers like Evergrande have relied too long on the government to supply them with funds, leading to them being overextended and stretched far too thin. With Evergrande struggling to pay back lenders and suppliers, a full-on default is in the cards worrying many investors around the globe that a default could have a ripple effect across many markets.

With an explosion in any market or the economy as a whole, talks about market corrections naturally happen. Especially in times of volatility or doubt in the market, drops of 10% are frequently discussed. In times where market corrections are forecasted, many investors wonder how to protect themselves and retain most of their earnings. This trick is in one winning strategy: diversification.

Having a portfolio that’s evenly balanced between stocks, bonds, and other asset classes is a way to make sure a market correction won’t wipe out your life savings. Though you’ll hear fancy tech stocks frequently in the news promising ridiculous gains, in times when inflation rises and the market drops, it’s better to have your money in less volatile stocks. Stocks like JPMorgan, Exxon, and others tend to do better in recessions than speculative stocks.

One other strategy you should be aware of is dollar-cost averaging when drops happen. This means that as a stock you own drops, you periodically invest more into it. This lowers your average cost and allows for greater profit when the stock grows once more.

One final virtue that is important for all investors: perspective. If you own cryptocurrency, you’ll realize that drops of 10% daily are just another day in the market. Overall, by diversifying your portfolio, investing in safe funds, and dollar-cost averaging, you can survive and even thrive in a market correction.

The market underwent a rollercoaster ride and finished with marginal gains in a volatile week. Evergrande Group, a Chinese real estate empire, made headlines this week as their massive debt and possible default threatens the stability of the global economy. With a market correction always popping up in the news, you can still protect your portfolio from losses.