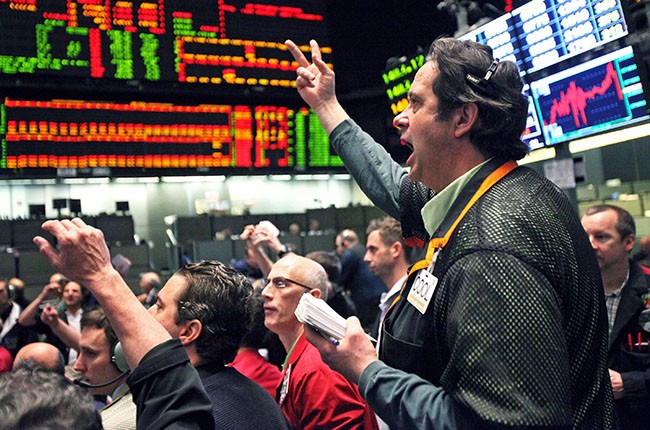 This past week was a major “L” for many investors. Continuing their trend from the previous week of 9/1/2020, the S&P 500 and NASDAQ continued their decline as many investors began to feel uneasy with the current valuations of stocks. The S&P 500 and the NASDAQ fell up 2.51% and 4.06%, respectively, for this past week. This past week’s fall marked the S&P 500’s worst one-week drop since June 26th, and it was the first time since May that the S&P 500 closed lower two weeks in a row.

Tech, which has been the best performing sector this year, led the declines. Apple, who we compared to Michael Jordan on the 1990s Chicago Bulls team, fell more 7.41% to a market cap just below $2 trillion. Tesla, another hot tech stock, is down 10.9% this past week, having had it’s worst daily loss in its history this past Tuesday when it declined 21%. It rebounded 10.92% higher on Wednesday, highlighting the volatility that accompanies the tech sector. Beyond those two, some other tech companies that declined this week were Amazon (down 5.41%), Nvidia (down 3.63%), Facebook (down 5.7%), Adobe (down 4.19%), Google (down 4.14%), and Microsoft (down 4.77%). As you can see, FAAMG, which has been outperforming almost every other large company, was down an average of 5.49% this week.

However, let’s put this into context. This past week and the week before that obviously saw declines, but what about the past months before that? As of their closing prices this past Friday, the S&P 500 is still up 3.41% year-to-date and 52.4% since its March lows. The NASDAQ is up 20.96% year-to-date and 63.67% since its March lows. Even though the S&P 500 is down 4.76% and the NASDAQ is down 7.2% over the past two weeks, they were on a tear in the months prior. If tech is still the Chicago Bulls of the 1990s, these past two weeks could just be some of the few regular season games they lost. But if tech no longer is like the 1990s Chicago Bulls, then we could be in store for more losses from the sector.

This week serves as a reminder that nothing can go up forever and that the market will move in cycles of optimism and pessimism. There are two opposing sentiments playing out in this market. One the one hand, many investors see the market and the tech sector as overvalued. Others see this as an opportunity to buy-the-dip in hopes the market will resume its march higher. This week saw each sentiment having its day, but it appears the sentiment that tech is overvalued won out in the end.

Overall, this was a week that forced many investors to reconsider their beliefs about the current market.

The coronavirus pandemic still continues. It’s been about 9 months since the first case of coronavirus was diagnosed in the US. According to the CDC, there are currently over 6.4 million cases in the US, and more than 190,000 deaths. Just this past week, there were 240,602 new cases in the US. The hardest hit states continue to be Texas, California , and Florida. California also continues to feel the effects of the bad weather that sparked fires. Most have seen the apocalyptic orange skies of the Bay Area, a sign of how climate change is changing our atmosphere and environments. The fires have grown to be the largest in the state’s history, with more than 3.3 million acres burned. That’s larger than the entire state of Connecticut. There have been 20 confirmed fatalities from the fire and more than 4,700 homes and buildings destroyed.

Pfizer’s CEO has given encouraging news as he said that if his company’s vaccine is found safe and effective, it could be distributed before the end of the year. Pfizer will receive key data from its latest trial by the end of October. Pfizer along with Moderna and AstraZeneca are the only companies in late-stage testing for a vaccine. On Tuesday, Pfizer and eight other drug companies pledged to make sure that the vaccine followed proper safety and testing standards. This comes in the face of the Trump administration’s push to get a vaccine out as soon as possible without adequate testing.

This past week had many, many deals. First off, Berkshire Hathaway has agreed to buy into the IPO for a tech company called Snowflake along with Salesforce. Snowflake is a company that provides data storage storage solutions for businesses. What surprised many people about this development is that Warren Buffett has traditionally stayed away from tech companies and especially tech companies that are not profitable.

Many asked why Buffett, who is known as the greatest value investor of all-time, would invest in an IPO for a tech company. Well, perhaps it’s not Buffett who made the decision. Though Buffett is the face of Berkshire, he relies on his investment managers like Todd Combs and Ted Weschler. His bets on Amazon and Apple seem to have, in some part, have been influenced by one of these two managers. What this shows is that Buffett and Munger both rely on and trust their managers, which may mean Berkshire may begin investing more in the ideas of the managers.

The TikTok saga continues. In summary, TikTok and President Trump aren’t on the best of terms right now due to the parent company of TikTok, ByteDance, and its relationship with the Chinese Communist Party. Several suitors had emerged in recent months, but TikTok has chosen its winning bidder: Oracle. Oracle beat out the next largest bidder, Microsoft, in a deal that reportedly won’t be structured like an acquisition but more like a “tech partnership”. We will see how this plays out. I can’t wait to see Oracle founder Larry Ellison trending on TikTok.

Several other deals were announced. Nvidia is planning to buy Arm Holdings from SoftBank for $40 billion. Yes, the same SoftBank that is reportedly responsible for a large bet on tech stocks that has been a major cause of its surge in the past 5 months. Gilead also announced it was going to buy Immunomedics for $21 billion. Immunomedics produces an FDA-approved treatment for breast cancer, so Gilead wants to get access to a type of drug that diversifies its offerings.