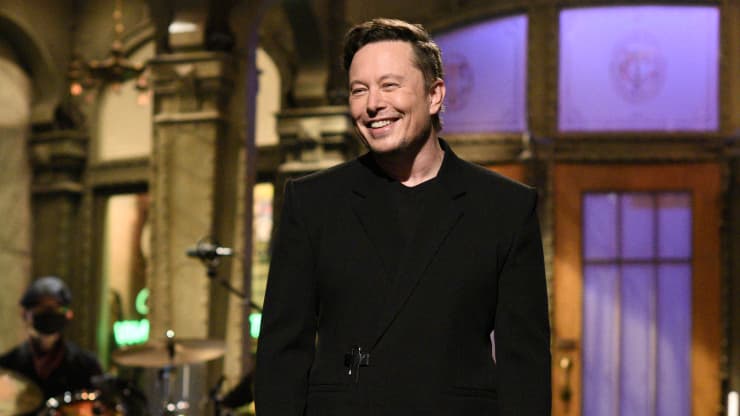 Dogecoin, created in 2013 by Billy Markus and Jackson Palmer, has become a cultural icon that transcends traditional cryptocurrencies. Despite it being created as a joke, it has soared in value and gained a large and loyal fanbase. WallStreetBets, the Reddit community that propelled the stock price of GameStop to outrageous highs, is also very supportive of Dogecoin. Even now, months after the GameStop event, many loyal members of WallStreetBets continue to talk about boosting Dogecoin “to the moon”. There is one main difference between Dogecoin and other cryptocurrencies. Dogecoin has a nearly unlimited supply. “Every minute of every day, 10,000 more dogecoin are issued. That equates to nearly 15 million doge per day and over 5 billion doge per year,” said Meltem Demirors, the chief strategy officer of CoinShares. Bitcoin, on the other hand, has a finite supply of 21 million units.

Elon Musk is an avid proponent of Dogecoin. His tweets often promote Dogecoin, which usually cause a jump in the price. For example, he tweeted on May 13, “Working with Doge devs to improve system transaction efficiency. Potentially promising.” Immediately after, the price of Dogecoin shot up. However, Elon Musk doesn’t exclusively praise Dogecoin. The price of Dogecoin dipped after Musk admitted that Dogecoin was “a hustle”. The fact that his tweets can affect markets and the prices of stocks and cryptos is incredible and scary. One day before that tweet, Musk tweeted that Tesla will forgo the use of Bitcoin in its transactions, citing environmental concerns. He posted a poll on Twitter in which he asked if Tesla should accept Dogecoin as a payment method. An overwhelming 78.2% said yes, leading to speculation that Musk could begin to use Dogecoin for transactions at Tesla.

Musk has had a history of market manipulation even before he became an advocate of Dogecoin. On August 7, 2018, Musk tweeted, “Am considering taking Tesla private at $420. Funding secured.” At the time, Tesla’s stock price was around $70, so this would have been a large increase. The tweet caused Tesla stock to jump. The SEC claimed that Musk knew it was unlikely and accused him of market manipulation and Musk was forced to step down as Chairman of Tesla.

While there has been a lot of hype about investing in cryptocurrencies (which may lead many to believe that they are useful), in all honesty they have little to no practical application. They cannot be used to purchase most goods. One main use of cryptocurrencies, however, is in the buying and selling of NFT’s, or non-fungible tokens. They are a good mechanism for this because NFT’s are a virtual good, so it makes sense to pay for them with a virtual currency. However, most goods are not virtual goods, so it does not make sense to use cryptocurrency for them. Despite their use in the NFT market, cryptocurrencies are largely seen as commodities to be bought and sold to make a profit, not actual currency with which to buy goods. This leads to the idea that this is really just a “cryptocurrency bubble” in which people are just trying to get rich quickly.

Some companies, like Tesla, are using cryptocurrencies in some transactions, but the majority of the world is not. There are also the environmental risks of cryptocurrency. “Bitcoin burns a whole country’s worth of electricity for the most inefficient payment network in human history,” said David Gerard, an author who has written two books on cryptocurrency. However, some do believe that cryptocurrency will have a real purpose in the future. “I see Bitcoin as ultimately becoming a reserve currency for banks, playing much the same role as gold did in the early days of banking. Banks could issue digital cash with greater anonymity and lighter weight, more efficient transactions.” said Hal Finney, a developer for the PGP corporation.

Dogecoin and cryptocurrencies in general are incredibly volatile, but what is interesting about them is despite having so little usage, they are viewed as valuable. There are people on both sides of the argument: some support cryptocurrencies, while others believe that they are harmful. However, one thing is for sure: the hype for cryptocurrencies is not going away anytime soon.

All About The Kelly Criterion

The Current State of Crypto