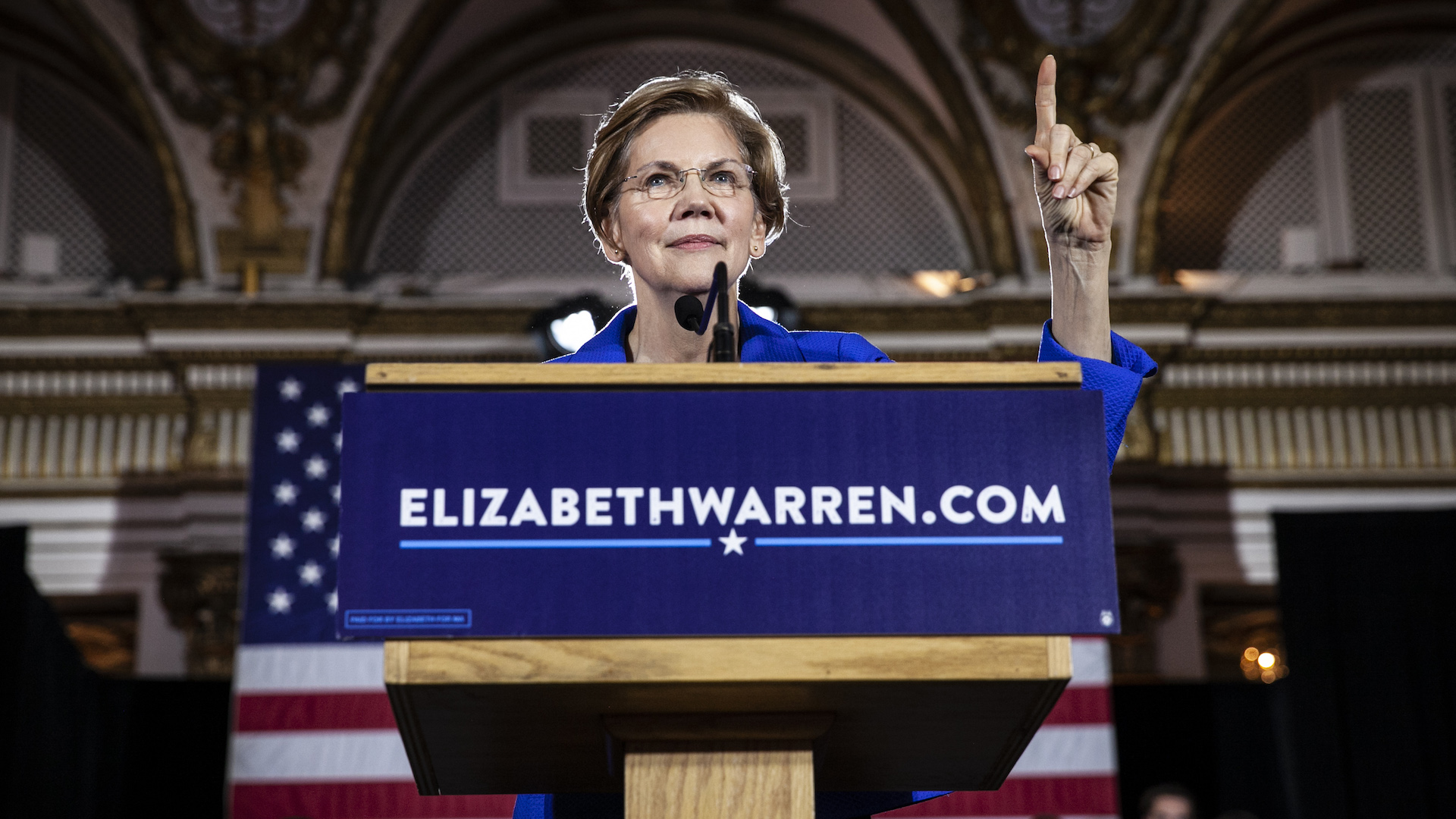 If you are following the 2020 presidential election news, you’ve probably heard of Elizabeth Warren and her stance on student debt. Considered a front-runner in the Democratic presidential primaries, Warren has openly voiced her opinions on corruption and transparency in politics and business. Recently, though, Warren’s stance on student debt has become more and more popular.

Warren’s passion for economic opportunity took root during her time as a bankruptcy lawyer and professor at the University of Houston, the University of Texas at Austin, the University of Pennsylvania, and Harvard University. As one of the most cited professors in the field of commercial law, she has authored three books and co-authored six. Her earliest experiences in politics revolved around consumer protection, which refers to regulations intended to protect consumers against dangerous or otherwise inappropriate goods and services, and the right for individuals to declare bankruptcy.

Over time, she established a reputation as an advocate for banking regulations, eventually playing a key role in the creation of the Consumer Financial Protection Bureau (CFPB). The CFPB is an independent agency of the US government that protects consumers’ interests in the areas of mortgages, credit cards, and student loans. Since November 2012, Warren has served as Massachusetts’s first female Senator. In February 2019, Warren was one of the first major figures to announce her candidacy.

Warren is known for her hard-line stance against the wealthy elite, as seen by her calls for stricter regulation after the 2008 financial crisis. She justifies her actions as necessary to take on the “rigged system that props up the rich and powerful and kicks dirt on everyone else.” By doing so, she tries appealing to poorer, often underrepresented, Americans.

At the same time, those belonging to the “rich and powerful” ranks, namely those in the financial industry, often oppose her proposals. Yet, in the last year, Warren has won the grudging respect of a growing crowd of Wall Street influentials, such as David Schamis, chief investment officer of Atlas Merchant Capital; Tom Nides, a Morgan Stanley vice-chairman and former deputy secretary of state under Barack Obama; and Whitney Tilson, a former hedge fund manager. While they don’t always agree with her policies, Schamis, Nides, and Tilson characterize Warren as a capable, effective politician who knows what she wants and has no qualms about going for it.

The consensus is that Warren is fairly knowledgeable about the market she strives to regulate. For example, Nides credited Warren for taking the lead in setting up the CFPB after the 2008 crisis, and Schamis has praised her for being thoughtful in her approach to markets.

Student debt has been in the news increasingly. The cost of a college education is oftentimes expensive, so students often borrow money to cover tuition and fees. Student loans are loans, or borrowed money, that students take out to pay for college. With loans, the agreement is to borrow an amount and pay interest on it. Interest is the cost of borrowing money to compensate the lender, and there are two types of it. In the last decade, student debt has ballooned for two main reasons. The first is the decline of state funding of public universities, and the second is rising tuition costs. Since the recession, states across the US have slashed funding for public universities by about 18% per student. As a result, students have had to pay more tuition to cover costs schools used to cover.

Even after taking into account the positive factors like rising income and financial aid, on average, those rates have been outstripped by the rate of increase of tuition. 40% of undergraduates did not obtain a degree within six years. That forces them to continue paying for college without a stable source of income. Consequently, the total student debt has climbed from $676 billion in 2008 to $1.57 trillion as of 2018. In general, the individuals who bear larger portions of debt hail from middle-class backgrounds and attended private, for-profit institutions.

Traditionally, student debt has been an agreement between the student and the school. More recently, though, the deal has shifted to the student and the government. In 2018, the US held $1.44 trillion in student debt, which accounts for 92% of total student loans. Warren’s proposal includes canceling $50,000 in debt for individuals with household incomes less than $100,000, with the amount of relief, or forgiveness of debt, decreasing by roughly $10,000 as income increases by $30,000. At an income of $250,000, the individual would not receive any relief. Additionally, Warren advocates for tuition-free public universities.

Supporters claim that Warren’s proposal would stimulate the economy by increasing purchasing power. Purchasing power is the number of goods and services a consumer can buy. Canceling student debt directly gives consumers more money, enabling them to go out and spend more. This translates to a $86 billion to $108 billion increase in GDP per year and a 0.22 to 0.36% reduction in unemployment. Warren has notably asserted, “[because of student debt,] young people can’t buy homes, they can’t start businesses.” However, opponents counter that forgiving debt actually benefits those who have a higher projected income and therefore are more likely to be able to pay off their debt.

Warren plans to carry out her plan using $1.25 trillion. The funding for this massive project would have to come from somewhere⁠—American taxpayers. If that were true, people would have to pay off their debts anyway, just in a more indirect form—taxes. Warren proposes a 2% annual tax on families with a net worth over $50 million; she expects to generate $2.75 trillion after the first decade of implementation.

Skeptics and cautious supporters alike point toward a multitude of potential plans outside of canceling the debt. They include:

Warren takes her strategy a step further, suggesting tuition-free college to address future college affordability. This mirrors former President Obama’s 2015 policy that would make two years of community college free. Since 2015, Bernie Sanders has advocated for making public colleges tuition-free and canceling student debt. It wasn’t until recently that Warren joined the cause. By implementing this policy, Warren hopes to shrink the wealth gap by providing more Americans higher education and a chance at higher-paying jobs.

While sometimes overshadowed by other topics, the student loan debt crisis is a complex issue resurfacing in the 2020 election. Although Warren has drawn significant attention with her aggressive approach, several other candidates have also attacked the issue, specifically Andrew Yang, Cory Booker, and Bernie Sanders. The former two have voiced support for loan forgiveness, and the latter has included free public college as part of his campaign. It’s key to keep track of student debt and the proposals surrounding it is key for the 2020 presidential election.