The rising debt ceiling that has been subject of political debate for almost 60 years continues to be one of the most dividing issues of the 21st century. Considering that both Republicans and Democrats have pushed for raises in the past, the current ordeal taking place is quite ironic. But for most Americans, the debt ceiling, and specifically its impact, is a mystery whose meaning is only reserved for those deciding upon it. For that reason, we must first consider what the debt ceiling truly encompasses, before discussing its significance in recent news.

The US government has almost never been able to pay its bills. Despite the trillions of dollars collected in taxes, its costs almost always outweigh its revenues. At first glance, this may be alarming. One may find themselves realizing that the US is in an ever deepening hole. Yet this isn’t as large an issue as you might expect. As long as the government can keep accumulating debt, it won’t face any short-term consequences. For most of the country’s history, this was the case. However, as it garnered a larger amount of debt, the government decided to enact a debt ceiling. The debt ceiling is the “total amount of money that the United States government is authorized to borrow to meet its existing legal obligations, including Social Security and Medicare benefits, military salaries, interest on the national debt, tax refunds, and other payments.” Essentially, the debt ceiling is the maximum amount of debt the government can accumulate.

If that’s the case, then what’s the issue? Doesn’t the ceiling simply stop the US from taking in too much debt? Unfortunately, not at all. In reaching the limit, the US government would default on its debt, yielding disastrous consequences for the country. As a result, the government has worked to either raise or suspend the ceiling almost 100 times since its creation.

With the US government continuing to accumulate debt, the Treasury is likely to run out of funds by October 18th. Although Democrats pushed for a bill that would raise the ceiling, Republicans pushed back, citing that they have no reason to aid Democrats in their efforts. On top of that, a recent effort to raise the ceiling was once again denied by Republicans. With the passing of the deadline possible to cause a 4% decline in economic activity, the loss of almost 6 million jobs, and a sell-off in stocks that could wipe out $15 trillion in household wealth, Democrats hasten to somehow avoid this catastrophe. 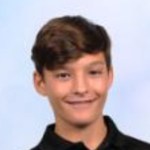 I write about the intersection between policy, the economy, and the stock market. I am a high school junior.