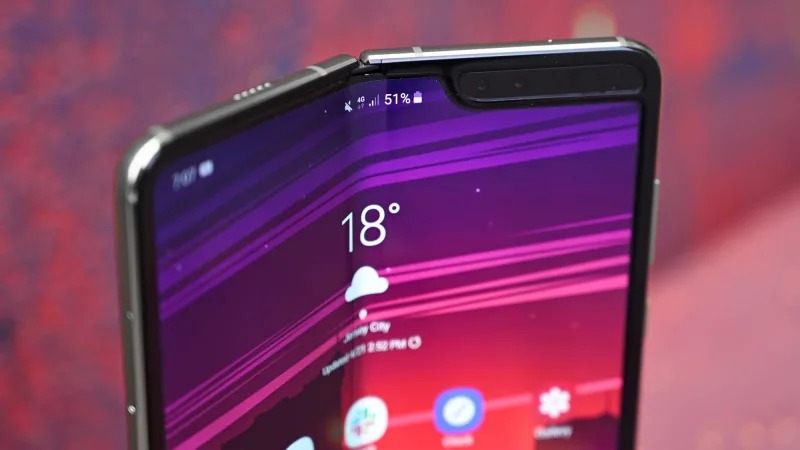 For years, foldable technology has been categorized as something from the future. The thought of being able to fold your phone like a piece of paper seemed like pure science fiction. There were flip phones, but the need for physical keyboards essentially halved the screen sizes and doubled the thickness of these devices. Recently, smartphones have hit a design plateau. The transition to a touch screen interface that the iPhone largely ushered disrupted the industry. In its infancy, smartphone design was varied and diverse. Phones such as the Galaxy Note experimented with new form factors.

By contrast, it seems like all smartphones are beginning to look the same. A push for bezel-less displays (no black borders around the screen) has caused a division in design. Some phones, like the iPhone XS and Galaxy S10, have employed a camera notch or cut-out. Other manufacturers such as OnePlus have gone for a pop-up camera or moving mechanism. The next step would be to place the camera under the display, but no company has done so yet. After this all-screen design is perfected, it seems like foldable phones will begin to be introduced. Samsung did release its Galaxy Fold this year, but current technology limitations caused it to result in a massive failure. After numerous customers reported screen fracturing when folding, Samsung shares dropped by 4%. Additionally, the Galaxy Fold started at $1980, almost double the cost of flagship phones currently available.

When manufacturers can iron out the kinks of foldable design, I believe that this new breed of devices could have some potential for disruption. With advances in battery and screen technology, foldable phones could have the same thickness as a smartphone today (when folded) but then double in size to resemble a tablet. Speaking of tablets, it’s rumored that a foldable iPad could be coming in 2020. With the addition of iPadOS, the iPad Pro has become even more of a productivity machine. Instead of attaching a physical keyboard, a screen could simply fold out and serve as one (albeit without actual keys). A design like this would also allow the user to have a huge amount of screen real estate in the unfolded position. With multiple touch surfaces, developers would be able to create numerous new features.

Right now, it seems like the tech just isn’t there for a mainstream foldable device. SoCs (system on a chip) aren’t thin enough, screens aren’t flexible enough, and software isn’t adaptable enough. However, in the near future, we could all be walking around with tablets in our pockets.