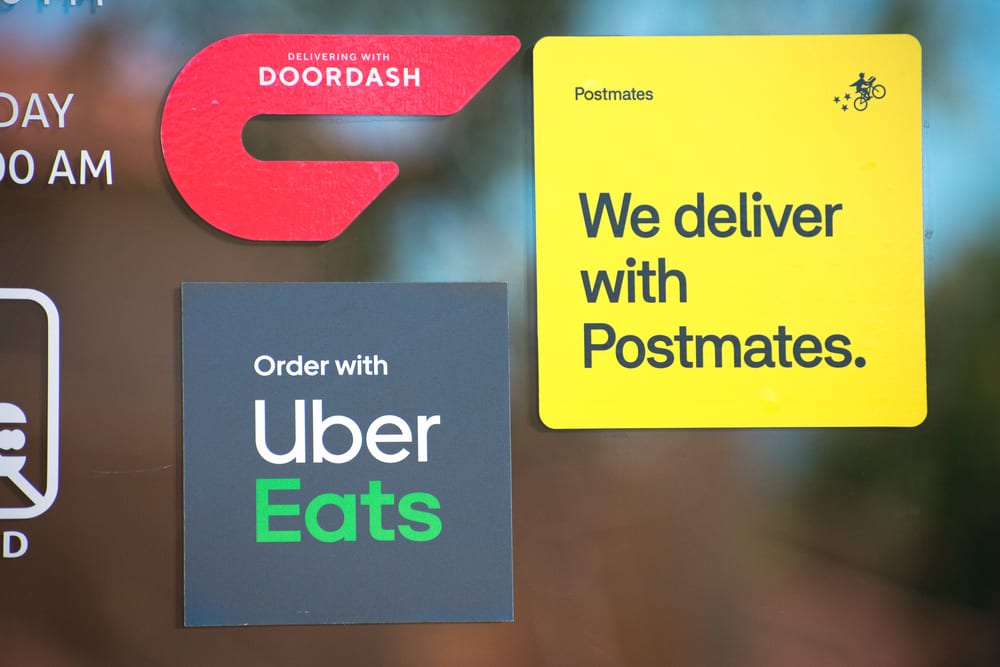 After Uber revolutionized transport and threatened the traditional taxi industry, many other companies followed suit. These corporations ushered in the establishment of the gig-economy, or in other words a market dependent on contractors or short-term workers. Although this economic model has brought significant backlash, specifically in regards to employee benefits and pay structure, it has undoubtedly changed our society.

In the midst of this global pandemic, more people have been ordering food from the comfort of their homes. The major competitors in this field consist of Uber, Postmates, Doordash, and Grubhub. Although Uber started as a transport service, it has since looked to diversify itself. In April of 2018, Uber acquired JUMP as part of its plan to get into the shared scooter/bike market. Since launching Uber Eats in 2014, the company has looked to gain increased market share. While Uber Eats proved to be successful, many users still stuck with Postmates, Doordash, and Grubhub. These corporations were created solely for the purpose of delivering food. Therefore, their in-app experiences tended to be better than Uber’s own.

Within the on-demand delivery industry, Postmates stands out from the rest for one simple reason. It doesn’t require users to order from partnered locations. In the case of Uber Eats, customers can only get food from a certain number of restaurants that have been through a certification process. On the contrary, Postmates drivers can be sent to virtually any restaurant and pay with a special Postmates-issued card. Postmates CEO Bastian Lehmann states that his team has “built the largest on-demand logistics platform, while a lot of people looked at us and thought we were an overpriced food delivery company.” Although Uber attempted to acquire Grubhub in early June, Postmates seems like a better business move.

In 2019, the San Francisco-based company reportedly lost $8.5 billion and has faced profitability issues since the beginning. Along with this, Uber has come under harsh criticism for its contract-employee system. Many people drive for Uber as their primary source of income. However, the lack of a guaranteed minimum wage and paid time off may cause some to jump ship. The company has tried to support its workers by introducing an injury protection plan and a rewards program, but it could be too little too late.

It’s clear that Uber wants to serve as a hub for personal mobility. The company’s take-over of self-driving startup Otto in 2016 and its partnership with Volvo point to a future consisting of self-driving (or flying) taxis. If Uber can successfully expand into other industries, they have the potential to become a larger giant than they already are. For now, I guess I’ll just order a chicken bowl from Chipotle.