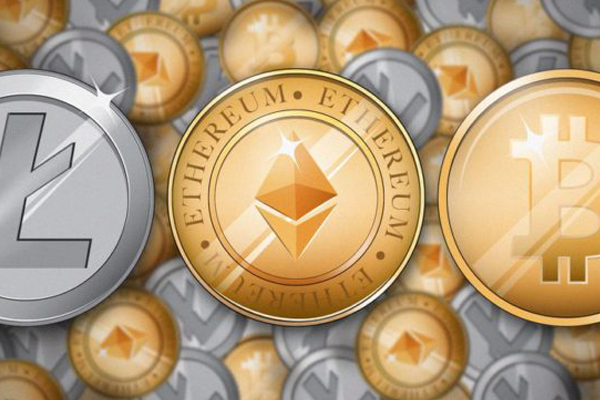 In the last few months, investors have been looking to cash in on a trend that has made millions for average, DIY investors: cryptocurrencies. Cryptocurrencies have been at the center of a debate as to whether or not it has physical value or not since it resides in the digital wallets of users, not physical wallets. The cryptocurrency debate seems to heavily lean toward the side that says they do have value. At the top of the cryptocurrencies, Bitcoin reigns with a market cap of about $60B and a price of $4,000. Bitcoin has been popularized and has been the most hyped cryptocurrency, often associated with its 10,000 BTC pizza anecdote.

On May 2017, a mere $10,000 Bitcoin investment in 2010 would be worth around $200,000,000, according to the Coin Telegraph. Bitcoin’s success has led to Ethereum, Ripple, Litecoin, and hundreds of other cryptocurrencies. Ethereum is an interesting case because it built smart contracts on top of their blockchain technology. According to Vitalik Buterin, Ethereum’s founder, in the smart contract approach, an asset or currency is transferred into a program and then “the program runs [the smart contract] code and at some point it automatically validates a condition and it automatically determines whether the asset should go to one person or back to the other person, or whether it should be immediately refunded to the person who sent it or some combination thereof.” These smart contracts are what make Ethereum seem to have more potential than its predecessor Bitcoin, according to investors.

The concept of these smart contracts has, in turn, pioneered more crypto-tokens and protocols, such as the Tim Draper-backed Bancor, which created the smart token that allows exchanges between one crypto-token of one currency to a crypto-token of another when the user chooses to switch currencies. The goal of Bancor is to create a global cryptocurrency that anyone around the world can use in any country for any product.

Ethereum is also popular because those looking to create their own projects can build them on Ethereum’s blockchain technology platform. About ¾ of the cryptocurrency market cap is from crypto-assets built on Ethereum. Most of the projects that CoinSchedule, a website that displays current and upcoming ICOs, shows their platform as Ethereum. In addition, ICOs raise Bitcoin and Ethereum to fund their projects. The speed at which ICO’s and coin crowd sales happen has surpassed angel and seed funding this past year, with the most funding having occurred in June 2017.

As cryptocurrencies begin to gain more market share, their prices will go up due to increased demand. Globally, more and more countries and companies are allowing Bitcoin to be accepted as a valid currency. In Japan, Bitcoin became a valid form of payment on April 1. Bic Camera, a Japanese retailer, partnered with Japanese Bitcoin exchange Bitflyer to start accepting Bitcoin payments.

The same happened between Recruit Lifestyle, part of HR conglomerate Recruit Lifestyle, and Coincheck. Recruit Lifestyle will start accepting those payments in its app Airregi, which is used by about 260,000 stores in Japan. In addition, online payment options are beginning to include Bitcoin as an option. Even Mastercard and Visa are also getting in on the Bitcoin and crypto trend. They are introducing an option to use a Bitcoin credit and debit card in late 2017 or early 2018. Australia’s central bank recently announced that they would be considering using Bitcoin as a reserve. This would reduce its supply and increase its demand and, therefore, its price in the future.

For Ethereum, more and more developers are joining the development community and making the tech better. The cryptocurrency itself is also predicted to be highly in demand. Many analysts believe Bitcoin will reach $100,000 sometime over the next 10 years. In an interview, Tim Draper stated that because of the supply and demand process occurring and the fact that Bitcoin and other cryptocurrencies will be used as a global currency, Bitcoin could replace traditional fiat currencies and possibly become the de facto currency of the world. Overall, demand for the limited supply of cryptocurrencies will increase tremendously over the next decade, and so will the price.

However, I don’t believe that the most stable way to profit from cryptocurrencies is by investing directly in them, but to find stocks that are constantly benefiting from the influx of money in them. During the Gold Rush of 1849, people across the nation came to California in hopes that they would yell “Eureka” because they struck gold. Many of these miners didn’t find gold, and many of them even went home broke, tired, and sick. During that period, the smart ones were definitely not the miners, but rather the shops that sold mining tools, like pickaxes.

I certainly believe that the Crypto-Rush today will benefit the same people. Nvidia has profited handsomely from crypto-miners, with its GPU revenue increasing 59% year-over-year to $1.9B. Bitcoin miners use Nvidia’s GPUs to confirm Bitcoins because they provide the computing power for Bitcoin’s proof-of-work procedure.

As someone looking to profit from cryptocurrencies, investing in Wall Street’s hottest stock would seem logical. Wall Street has perceived Nvidia’s earnings for Q3 as negative, even though the only negative part about their earnings was the slowdown in its data center segment sales, the unit that serves AI applications. However, I believe that Nvidia’s stock is still poised for growth because the earnings still beat, revenue grew in all other segments, forward guidance was positive, and it was down 5% the next day after earnings. Wall Street won’t give up on Nvidia just yet, for many analysts have raised their bearish price targets ranging from $130-$145 to more bullish ones at around $180. Nvidia is and will probably remain the pickaxe for the cryptocurrency miners.

Early investors in Coinbase, such as DFJ, have made a profit since Coinbase is now valued at $1B. It won’t take too long for it to be valued at $2B. Bitfinex is or was another popular exchange, but its user base is significantly reduced since it recently announced it would drop all U.S. customers. Kraken is another, closer exchange headquartered in SF. It provides Bitcoin pricing to the Bloomberg Terminal, and its average daily volume (ADV) is around $160,000,000. Now, the cryptocurrency trading market is expected to rise to 10% of all forex trading in the next 10 years. About $5T are exchanged daily in forex, so that means cryptocurrency trading will account for $500B of ADV.

That means that $500B worth of crypto is being exchanged each day through digital currency exchanges such as Kraken and Coinbase, where they charge fees on the exchange based on factors such as the number of coins being bought and past exchange history.

If Kraken still charges 0.1% per trade each day, then each day’s revenue from fees would be around $16M. Each year’s revenue would be around $5.5B! That is, undoubtedly, a lot of money to make each day and year, and would make for a great ROI in just 10 years. If Kraken’s value grows about 100x along with the rest of the cryptocurrency market over the next 10 years, then an investment now would return 58% a year! Of course, the cost of running the exchange must be high. But, the growth potential could be by a factor of 100. Many more exchanges exist that make more than Kraken and have different fees. But, the growth potential for them is still the same. I used Kraken as one example for explosive growth, but just one example shows the huge upside of these exchanges.

However, this also reveals the high amount of risk involved when dealing with cryptocurrencies. When I say stable, I meant low risk, and the lowest risk investment was in NVIDIA, which is still risky since it is a stock. Next came the exchanges, which are also risky, but not as risky as the cryptocurrencies themselves.

Overall, Bitcoin, Ethereum, and all other cryptocurrencies are headed to a market cap of $500B based on three reasons.

As I am writing this, Bitcoin hovers around $4,000, and Ethereum is at $296. Cryptocurrencies will explode in value as businesses and even governments begin buying and using them. More and more cryptocurrencies will enter the market, but nobody knows what price they will be at. However, they will hold value and they will be available for buying goods and services and exchanging. This drives up demand and the market cap as a whole.