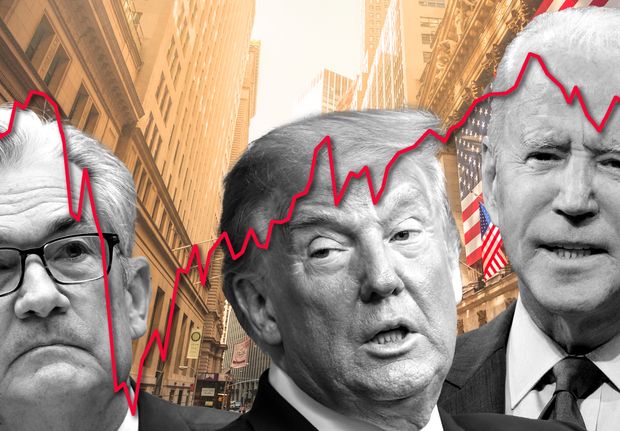 Stocks had their worst week and month since March after indices closed down on Friday. A record spike in COVID cases along with election jitters are leading to volatility last seen when COVID hit the markets earlier this year. With much of Europe implementing lockdown measures not seen since February and March, investors are fearing that the US may follow, leading to a slower economy as a result of lockdowns. For the past week, the Dow fell 6.47%, the S&P 500 fell 5.64%, and the NASDAQ fell 5.51%.

Big tech sold off big after some major companies reported numbers that indicated valuations that were too high. Twitter posted its slowest user growth and consequently fell 21%. Apple fell 5.6% after reporting a year-over-year decline in iPhone sales. Facebook, Amazon, Netflix, and Tesla all declined more than 5% for the week. However, Overall, investors got spooked that the record-breaking COVID cases and lockdowns in Europe would lead to the economy locking down again. Adding to that, many fear civil unrest will follow the election, coming up this Tuesday, leading to a bleaker outlook from investors.

COVID is breaking all kinds of records in the US. The total number of COVID cases has crossed 9 million, adding an all-time high of 99,750 new cases on October 30th. They eased down to more than 89,000 on October 31st, but this entire past week had the highest average daily new cases. There are now about 46.2 million cases of COVID worldwide and about 1.2 million deaths. According to Reuters, Europe’s case count doubled in the past 5 weeks, crossing 10 million new cases. It’s the epicenter once again, as its count has surpassed the US’s case count. France, Germany, and the UK have gone under lockdown for the next month. Other European countries continue to tighten restrictions.

Obviously, the biggest news this week is who will get to live in the White House for the next 4 years. Historically, the Presidency and the economy have not had too much of a correlation. Markets have gone up and down under both Republican and Democrat administrations. However, Wall Street seems to believe that this election could change that. It’s no question that these past 4 years have been unique under Trump, with 2020 being an incredibly volatile and upsetting year.

With social tensions at highs and the economic slowdowns brought on by COVID, this election does feel different. Even though Biden is ahead in the polls, 2016 has shown that they aren’t definitive and that anything can happen. The fears investors have are confirmed by the moves they’ve been making with their money. Over 60% of investors have made defensive moves, such as increasing cash. Time will tell whether or not history repeats itself and the stock market remains uncorrelated with the White House or whether or not this election is indeed different. Whatever happens, Tuesday will resolve lots of uncertainty while introducing a lot more of it.