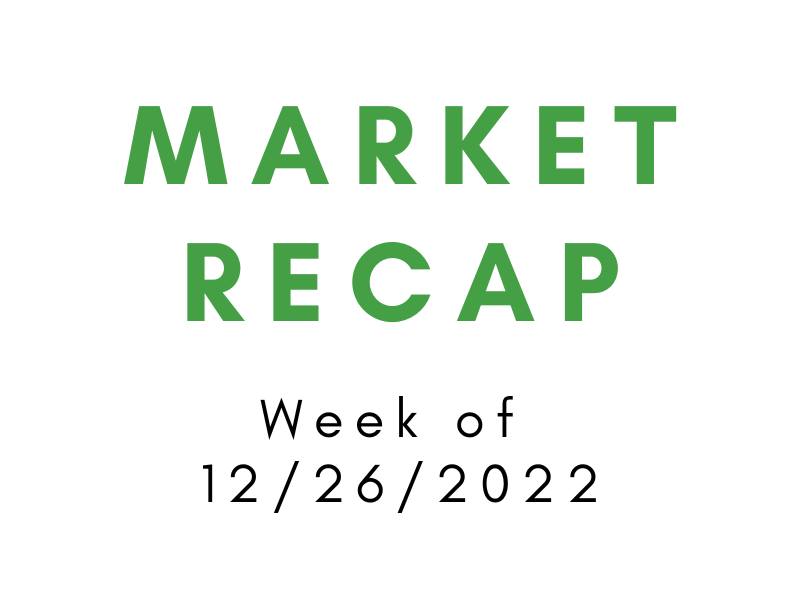 1. A Year to Not Remember

The stock market had a challenging year in 2022, with the S&P 500 posting its worst annual result since the financial crisis in 2008. The index saw a total return decline of 18.1%, while the Dow and NASDAQ had declines of 6.9% and 32.5%, respectively. There was a significant gap in performance between value and growth equity styles, with value outperforming growth. Oil prices ended the year with a small gain, but significantly lower than the peak seen in March.

Despite the challenging year, the energy sector saw impressive growth, with the sector itself growing over 65%. In contrast, the utilities sector barely broke even. Investors will pay close attention to the Federal Reserve’s minutes being released this Wednesday, as it may show how opinions have changed on the issue of nationwide inflation.

During the final five trading days of the year and the first two trading days of the new year, the Santa Claus Rally is a phenomenon that affects the stock market. Its name is derived from the notion that equities “get a gift” during this time. This uptick is sometimes seen as promising news for the stock market in the upcoming year. Since 1950, the S&P 500 has increased around 78% of the time during the Santa Claus Rally, with an average gain of 1.3%, according to Dow Jones Market Data.

A surge in year-end bonuses and a generally upbeat view for the future, according to some investors, are to blame for the gain. Some claim that the surge is the result of investors selling failing equities to offset capital gains and lower their tax liability. Whatever the reason, the stock market has traditionally performed well during the Santa Claus Rally.

It’s crucial to remember that previous success is not a guarantee of future outcomes, and that the stock market may experience short-term volatility. Before making any selections, it’s crucial to take into account your individual financial objectives and risk tolerance. You should also have a long-term outlook in mind while making investments.

Penny stocks, or stocks that trade for less than $5 per share, can be a high-risk, high-reward investment. On one hand, penny stocks offer the potential for significant returns because they are typically priced lower than other stocks and have the potential to increase in value.

However, penny stocks also come with a high level of risk because they are often highly speculative and are traded on over-the-counter exchanges rather than major exchanges like the NYSE or NASDAQ. This means that they may have less liquidity and less regulatory oversight, making them more vulnerable to fraud and manipulation. Additionally, penny stocks are often associated with small, thinly-traded companies that may have a higher risk of financial distress.

As a result, investing in penny stocks carries a higher level of risk than investing in more established, blue-chip stocks. It’s important to thoroughly research any potential penny stock investments and to be aware of the inherent risks before deciding whether or not to invest. In times when inventors become worried about their portfolio’s future, they can be tricked or influenced by risky opportunities like penny stocks, and it’s important to remember that safe, long-term investing is the way to success.

The stock market had a disappointing year overall, as it hasn’t performed this badly since 2008. The Santa Claus Rally, a year-end rally related to the Holidays has historically padded investors wallets at the end of the year. Investing in penny stocks has a high deal of risk and the potential for a lot of reward.