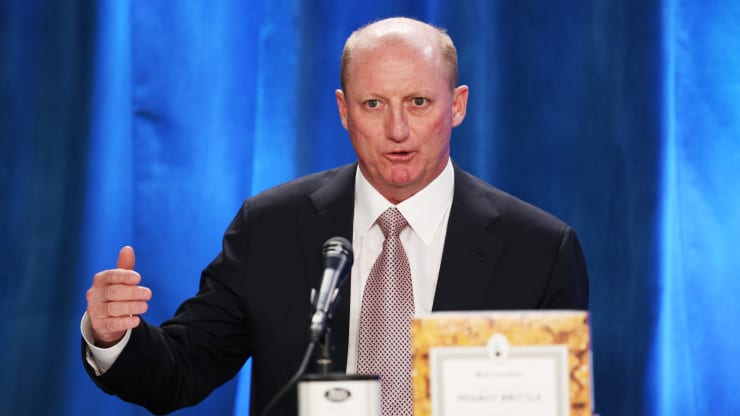 For many years, one question has occupied the minds of investors across the world: who will take over after Warren Buffett retires? Many consider Warren Buffett to be the most successful investor of all time, or at the very least, in the modern era. After the Berkshire Hathaway Annual Meeting this past May, the world finally has its answer. Greg Abel, a long-time Berkshire executive, has been named as Buffett’s successor at Berkshire Hathaway.

Even if you haven’t heard of Berkshire Hathaway before, you’ve definitely heard of one of the companies it owns. Berkshire Hathaway is a multinational conglomerate holding company headquartered in Omaha, Nebraska. They have grown immensely in the world market, despite the fact that they don’t provide any product or service! What they have done, however, is acquire large portions of existing companies, and are making massive profits from those assets. Pretty sweet way to make money! They wholly own Geico, Duracell, Dairy Queen — companies whose products you likely use everyday!

Abel was born in Edmonton, Canada into a middle-class family, and was reasonably comfortable early in his life. He attained a commerce degree from University of Alberta, and worked as an accountant for a number of companies, eventually finding his way to MidAmerican Energy. In 1999 Berkshire Hathaway acquired a controlling interest in MidAmerican, which is what caused Abel to join the conglomerate. He was the company’s President at the time, meaning he had an important role in Berkshire as well. Nine years later, Abel had been named the CEO of MidAmerican, and renamed the corporation to Berkshire Hathaway Energy(BHE).

As BHE’s CEO and chairman, Abel oversees Berkshire’s many energy holdings, including coal, wind, solar, and nuclear. The 59 year old also serves on the board of directors for The Kraft Heinz Company, AEGIS Insurance Services, and the Hockey Canada Foundation. Abel has come to be known as an “astute dealmaker”, and Buffet has consistently given votes of confidence in favor of Abel over the last decade.

Abel’s investing strategies are global in scope, and he is banking on the success of renewable energy over the next few decades. Abel said himself, “we’ve invested $30 billion, or in excess of $30 billion into renewables, and have really completely changed the way our businesses do business. i.e. our utility businesses” as reported in a Barron’s article. He is also fairly philanthropic and considers ways to benefit others while making profits for Berkshire. One way he has demonstrated this is by committing $18 billion to upgrade the electrical transmission grid along the American West Coast, which will connect renewable assets to the grid while also improving energy reliability.

Abel wasn’t already in-line for the position, he had to be chosen above fellow colleagues as the next CEO of Berkshire. Ajit Jain was another name that was thrown around when discussing the next leader atop Berkshire Hathaway. Jain himself has years of experience in Berkshire, and is the Vice-Chairman of all Insurance Operations for the company. In the end, however, Abel was chosen due to his comparable executive experience and younger age (Jain is 10 years older).

No matter who is atop the multi-billion dollar corporation, Warren Buffet and his influence will be sorely missed when the time comes. Greg Abel has been tasked with the enormous duty of succeeding one of the greatest investing minds that history has to offer, and will have time to prepare for when he is needed to guide Berkshire Hathaway for the foreseeable future.